A Kundalini Awakening Transformed my Life. 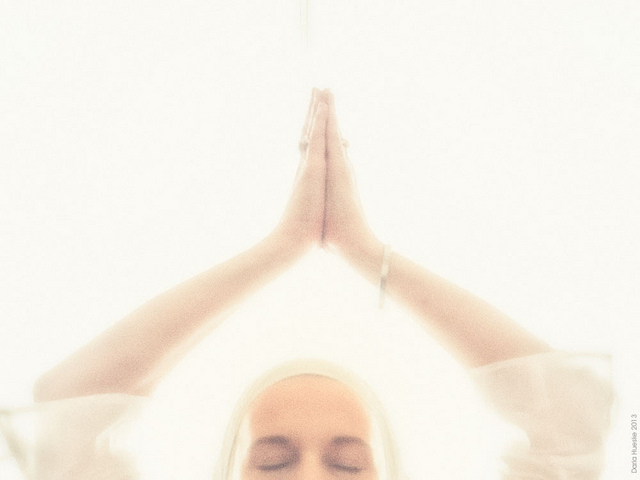 When I used to read quotes like “The Universe is within you” or “There is a life force within your soul, seek that life,” by the great Sufi poet Rumi, I would smile at the idealism of his words.

They sounded so magical and ethereal yet unobtainable, lofty dreams that only happened to mystical, bearded rishis who lived in Himalayan caves.

In the meantime, I was busy searching for happiness in all the wrong places.

As editor of a celebrity magazine in Dubai, my life was a glamorous, fast-paced whirlwind of interviewing famous faces, jetting to five star resorts across the world and partying like there was no tomorrow.

Despite the trappings of so-called success and being in a passionate relationship with my banker boyfriend, there were still empty moments. No amount of gourmet meals, designer handbags or romantic weekend breaks, could dissipate the feeling that something was missing.

The hungry pangs in the seat of my soul were getting louder and louder.

So, I began some spiritual shopping.

I travelled to the Himalayas to visit the Dalai Lama, tried Dynamic Meditation at the Osho Meditation Centre in Pune and spent a month at the Vedanta Academy studying the Vedas.

Slowly, this inward journey began to nourish my soul. However, it wasn’t until my encounter with a skinny Indian man that my life changed beyond all recognition. It turns out this unassuming fellow was one of the few yogis in the world able to activate Kundalini energy (that usually remains dormant at the base of our spine throughout our lifetime) via powerful shaktipat (psychic-spiritual energy) transmissions.

After meeting this mystical master at a yoga festival, I went to see him at his house, located on a bustling, ordinary looking street in Dubai. I was keen to experience something more, something otherworldly. This Himalayan yogi’s sessions were held inside his living room (which he dubbed “Shiva’s cave”) and upon entering, the magnetic energy was palpable.

His sessions were anything but conventional—there was zero routine.

Instead, they were based intuition and a deeper knowing.

To the uninitiated, it probably looked bizarre..some days I received several sharp slaps on the back, light kicks on the base of my spine, deep breathing on the crown of the head, throat throttling while Sanskrit mantras were chanted in my ear.

This was an unpredictable master with no real boundaries: “True aspirants keen to rise in awareness should expect the unexpected,” he told me.

All I know is that almost after every session, I left on a natural high. During the sessions, I’d often experience a tingling sensation throughout my body (imagine ants crawling up your arms and legs)—there was no denying that something extraordinary was occurring. This jeans-clad guru, kept reminding me that he was simply a conduit, a pure channel of love and compassion.

And I became hooked on these waves of bliss cascading through me.

I started seeing this mystical guru about four times per week, with some sessions lasting up to three hours. I witnessed major shifts within myself and one month later, I woke up feeling as if I was in another person’s body. Warm, blissful currents were zigzagging up and down my spine. My back felt as if it was sewn onto my bedsheets and I could barely sit up. I simply lay there as divine sparks swirled and danced around inside me. I felt unbelievably euphoric.

Once I was outside in public, I laughed for no real reason and a sudden desire to hug strangers in the street arose.

On a physical level, there were several other significant changes. My libido had waned and at first this was slightly worrying until I found out that when your Kundalini energy rises from your root chakra (muladhara) towards your crown chakra (sahasrara) this is a natural side effect.

Scientifically, happy hormones are surging through your body. I was more aware of subtle energies; attracted to people’s energetic fields rather than their outward appearance. My cycle also jumped forward falling in rhythm with the full moon, another sign that my body was slowly becoming more aligned to nature and mother earth.

The saying, “no pain, no gain” also rings true in the case of Kundalini. There are many overwhelming Matrix-esque moments where I wondered what on earth is happening inside. That’s because this sacred energy can uncoil itself in a ferocious, unforgiving way. Sudden, uncontrollable tears emerged at unexpected times as my old fears suddenly reappeared, more magnified than ever before.

Thankfully, my guru helped me to break through past patterns and explained to me that many of his students undergo a battle between the ego and the soul. As the Kundalini rises upwards like a fiery serpent, cracking through and cleansing each chakra, the urge to surrender with Mother Earth and return to the Core Consciousness, increases.

At the same time, the ego screams out for more attention, desperately clinging to old thought patterns and belief systems.

This is when the dark side of Kundalini transpires and your inner demons come out to play. After all, where there is light, there is also shadow and this serpent power moves in mysterious ways. Our teacher simply says: “Like a mountaineer, it takes tremendous strength and courage to keep on climbing, especially when you get nearer to the truth.”

Perhaps the most important piece of wisdom from this Kundalini Master is his mantra: “We are it.”

We are that divine source of love that we spend so much time seeking.

Ironically, we are sitting on the jackpot yet most of us are completely oblivious to it! Once, we have aroused the Kundalini, my guru says that in order to sustain this magnificent higher vibrational state of being, it’s important to practise certain kriyas and follow a system called Sampoorna Shakti Sadhana.

Having a glimpse of this inner abundance of love and compassion that lives in all of us, my whole life changed. My Kundalini Awakening gave me the strength to leave behind the glitzy city of Dubai and relocate to the lush mountains of Chikmagalur in India, where I’m helping to set up a new spiritual retreat centre.

The truth is that these beautiful, divine sparks of light, rays of cosmic consciousness are available to anyone who is willing to surrender to the divine power of the Universe. We have simply forgotten about our inner treasure in the midst of our struggle to accumulate more and more acquisitions. We have been programmed to live selfishly, to chase wealth, fame and a Hollywood version of love.

As Wayne Dyer wisely notes: “We are not our bodies, possessions or our careers, who we are is Divine Love and that is infinite.” 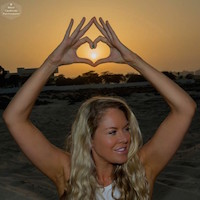