How I Learned to Celebrate my Chronic Illness. 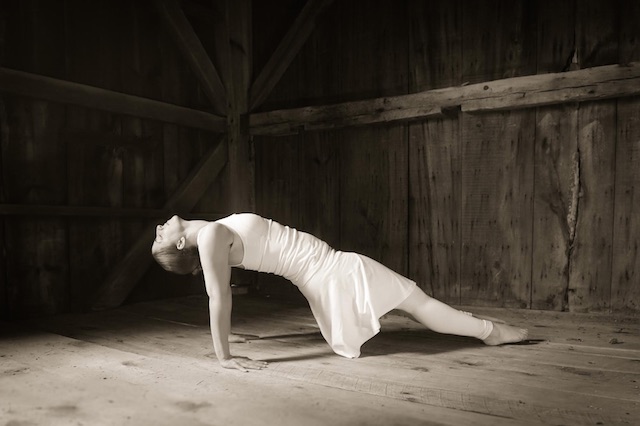 Sometimes, it is the things we least expect that change the course of our lives forever.

For me the, flint to the fire of personal transformation came in the form of a free gym membership.

I started going to the gym for the cardio equipment—ellipticals and stationary bikes—until I’d built up enough courage to try a teacher-led aerobics class. Eventually, I started weight training on the machines, which were thankfully separated from the free weights and the area that I jokingly referred to as “man land,” since that’s where all the 20- and 30-something year old guys in tank tops and baseball hats went to flex their muscles in the mirrors.

It took weeks before I built up enough courage to take a yoga class.

I walked by the group schedule regularly and looked at it as if hoping yoga would be removed and I wouldn’t have to own my fears and give it a try. Instead of eliminating yoga, they added a second class. I gave in, bought a dark blue mat printed in flowery patterns, and showed up to the first Thursday night class pretending like I was a seasoned practitioner.

Before we began, the instructor asked the three of us why we were there.

“To relieve stress,” I said in a voice that was barely audible. I was hardly treading water in my new role as full-time teacher—something that no amount of student teaching could ever prepare one for. I had this vague notion that yoga was some magic cure-all for stress and illness.

I hated that first class.

Though I was naturally flexible from years of ballet, holding poses and sitting with all the emotions that came up made me uncomfortable, resentful and angry. On top of it all, my mat felt like a skating rink and it was all I could do to keep my sweaty hands and feet stationary.

I’d like to think that I went back to another yoga class for some lofty reason—spiritual awakening, perhaps—but really it was only because I’d spent $20 on the mat and thought I should at least get a few classes out of it before I banished it to the corner of my closet.

I started going to both classes offered at the gym, and weeks later, when the slick coating on my mat had worn off and my muscles grew familiar with the poses, I started to enjoy class.

In time, I began to think that I couldn’t make it through the work week without the five minutes spent laying on my back just breathing at the end of class.

When Thursday night yoga was cancelled, I started going to a nearby studio recommended to me by the aerobics instructor. I was hooked instantly, and soon started taking classes every day of the week. Within a few years I decided to take a 200-hour teacher training program.

If someone had told me after that first class that I’d one day be a yoga instructor, I wouldn’t have believed it. But if there’s one thing I’ve learned, it’s that life is often what we least expect.

As yoga gained popularity and I heard more and more success stories of others who had transformed themselves from sickness to health, I began to cling to the notion that yoga was going to cure all of my ailments—stress, anxiety, kidney disease.

When I was six months old I was diagnosed with an incurable kidney disease—a genetic disorder that could not be traced to anyone else in my family. I spent most of my life believing that I was doomed, that my life would be cut short after suffering through a long and painful bout of dialysis. After two near-death hospitalizations at seven and 15, and yearly doctor’s visits that proved things were slowly getting worse, I have somehow survived against the odds to the age of 29.

When six yoga classes a week  was not the magic wand I needed to wave in order to make my kidneys function as if they weren’t filled with round fluid-sucking sacs, I started reaching out to other healing modalities that I’d learned of through my teacher training program, in my quiet quest for a cure.

I studied Ayurveda and saw a specialist who looked on sympathetically when she couldn’t produce the right combination of herbs or fairy dust to heal me.

I started meditating regularly—clearing my mind of all the clutter that some would argue causes disease in the first place.

Finally, I started to study Reiki, thinking that I’d heal myself with my own hands.

Mid-way through my Reiki Master training, something in me shifted. I began to realize just how absurd it was to believe I was going to cure myself of something that had been a part of me since birth.

Rather than casting aside all of the healthy measures I’d taken in an attempt at performing a miracle, I began to loosen my grasp on them. I could still eat well, practice yoga, meditate and offer myself Reiki as a means of managing the stress of day-to-day life and staying as healthy as I can be in this body that I have been granted. I learned that the best I could ever hope for from my kidneys is stability. That my kidney function has remained just about the same since I’ve started focusing so much on health is miracle enough for me.

A year ago at this time, I was recovering from having broken my big toe straight down the center from tip to joint. I spent a month and a half hobbling around with a cane and a blue velcro strapped sandal with a hard, flat sole. It was around this time that I had the crazy idea that I was going to run 30 miles on my 30th birthday to raise awareness for people who have lived with chronic illness.

The following fall, I was having coffee with a friend when I announced my dream to run 30 miles in seven months. “Really?” she said skeptically. “How far can you run now?” I hardly choked out 2.5 without laughing—it was a slow, shaky 2.5 miles that I did once every time the weather was nice—which, around Boston, was just about never.

As I’ve learned though, life is often what we least expect.

This past weekend, when I rounded the corner toward my house after running 24.65 miles with a 15 pound pack of water, snacks and in-case-of-emergency supplies, I could hardly believe that my dream was becoming a reality.

I speak from a place of humble amazement when I say that I cannot believe what my body has been capable of, how much it has done for me, put up with, and carried me through these past 29 years. It is a miracle to be alive and a blessing to have been granted such a strong and resilient body to carry me through this life, however long or short it may be.

This year I will run 30 miles on my 30th birthday as a testament to my body’s strength and perseverance and to honor the resilience that lives within us all.

I run for all of those who are no longer able to run. I run because I can and because, at 30, I am stronger and healthier than ever before ,despite what my blood results and kidney function may claim.

I run because although this disease is a part of me, it will never define me.

I run for you, for me, and for all wonderful and unexpected things that await us in the future.

What No One told Me about Chronic Pain. 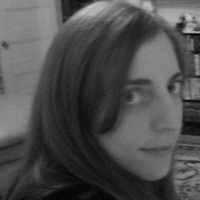