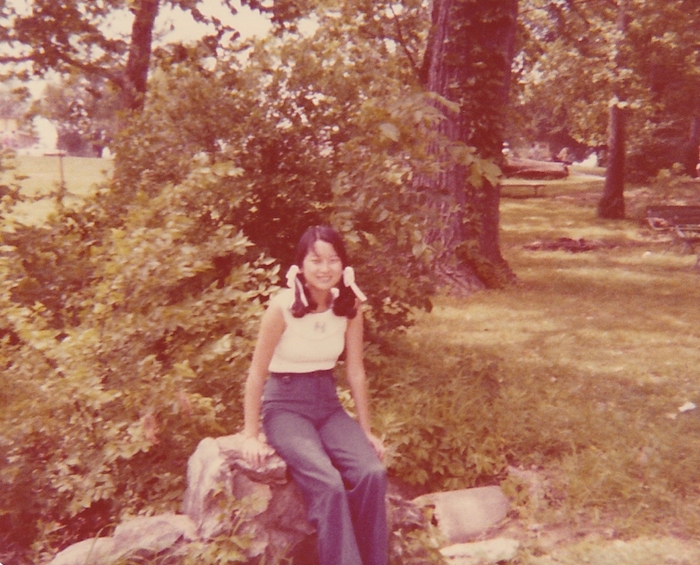 I arrived at opera camp radiant with the light of new-found faith.

A few months earlier, my lonely adolescent soul had been stirred by the charisma of a preacher man and his fever-pitched flock, and somehow I found myself swept toward born-again redemption and salvation on a rising chorus of “Hallelujahs!”

Now my Bible accompanied me everywhere, along with pervasive guilt over my constant lapses, shame over my impure thoughts and renewed vows to do better, be better, live better to be worthy of God’s love.

I was 15 that summer of faith, shy, skinny, bookish, sheltered. An awkward clarinet audition had actually led to a full scholarship at this camp that proved jarringly discordant with my musical goals. Instead of developing my skills as a clarinetist, I found myself relegated to the rag-tag group of instrumentalists lured to the camp solely to accompany the real stars, the singers. Non-operatic programming was sporadic, private instruction non-existent and rehearsals chaotic; often the orchestral parts we needed were missing.

I was neither happy nor unhappy in my strange situation. It was my first time away from home, and, though I’d hoped to expand my musical horizons, I also felt just fine basking in the unexpected freedom. I whiled away time re-creating my missing clarinet parts, sometimes transposing from A into Bb just to test myself. I practiced endlessly, I dreamed, I prayed. I read my Bible and wrote long letters that always ended with a quote from the scriptures.

I clung to my Bible as my shield and talisman. I believed, with all the blind ardor of new love, that it imbued me with an unmistakable holy glow. The evidence of my purity gleamed before me: my light, my clear divine light, attracted other like-minded individuals—mostly boys—who would delve into the scriptures with me. We’d examine passage after passage, heads pressed together as we read, hands accidentally brushing when it came time to turn a page.

One earnest young man—mature at age 20—paid special attention to me as we poured over these passages. I didn’t know where he came from—he was not a camp participant—or why he stayed. I only knew he was always around, hovering, watching, sharing. Tall, lanky, long-haired, and bearded, he could resemble Jesus Christ or Charles Manson depending on the shadows and light.

One day he invited me to accompany him to church—a special one, he said, a real one that pushed past the tepid boundaries of my sedate Presbyterian existence. Stung by his smug derision, the next Sunday I found myself inside the plain whitewashed walls of an Assembly of God church.

Raised on a steady religious diet of polished wood, stained glass, pipe organs and long, sleep-inducing sermons, I was completely unprepared for the bedlam and overwhelming passion exploding from that simple building. Where were the hymns, the solemnity, the rituals of faith? Congregants screamed and shrieked, quieting momentarily only when one man began yelling unintelligibly. Soon another, then another, joined in, all three babbling loudly and incoherently as the congregation shouted and praised God. A woman fell to the floor jerking convulsively.

I was fascinated, repulsed, scared. God did not feel close there.

We finally, mercifully, left the service.

I was quiet on the trek back, walking carefully on legs that felt as shaky as my faith. The young man, hoping to soothe me, began quoting Bible verses as we walked. Suddenly, a long, thick, ink-black snake slithered across our path. The young man immediately threw his arm around my waist protectively. Then he yanked me to him and kissed me hungrily as his hand snaked up my blouse, slithering clumsily between my breasts. “It’s okay,” he reassured me when I struggled from him, panicked. “We’re alike, we’re both saved. God wants us to love each other. He sent us a sign.”

It was all too much—the strange shouting in tongues, the startling snake, the shocking justification for grabbing me uninvited. I broke away and ran, fleeing the young man and that bizarre day of suspect motivation cloaked in a mantle of piety and faith.

After that day, I clung to my Bible less. I still held my faith close, but I also developed a circle of secular friends. On the last night of camp, I happily joined my new friends for a celebratory bonfire at the lake. The acrid, distinctive odor of pot filled the air, and bottles of beer and Mad Dog 20/20 were passed around freely. Couples began forming, moving into dreamy horizontal positions along the shore. Still mired in my own purity, I’d refrained from joining the heavy partying, and I found myself the last one upright, sitting alongside a boy from the orchestra. He was lying on his back with a bottle in his hand.

“You’re beautiful, you know,” he slurred thickly as he raised his free hand to touch my shin. I allowed his hand to remain, and for several minutes I engaged in that age-old teenaged mating ritual of pretending not to notice his exploring fingers. Finally, as his hand reached my thigh, alcohol fueled a touching honesty in him. “I want you,” he said, without flirtatiousness or false preamble.

And so I lay down beside him, shifted my leg invitingly, and waited. And waited. His hand didn’t move from its warm, solid position on my leg. Finally, confused, I peered closely at him in the moonlight. This boy, to whom I was ready to offer up my body, had passed out cold, his hand glued to my thigh.

That night I’d planned to shed my faith along the water’s edge at the aptly-named Beaver Lake, seeking a new religion with a drunken, sandy-haired, freckled-faced boy. But God—if such a deity existed—was surely laughing at me instead. 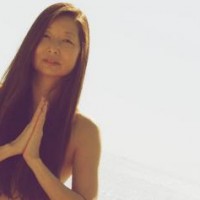