Why Treating Every Lover like they’re “The One” Changes Everything. 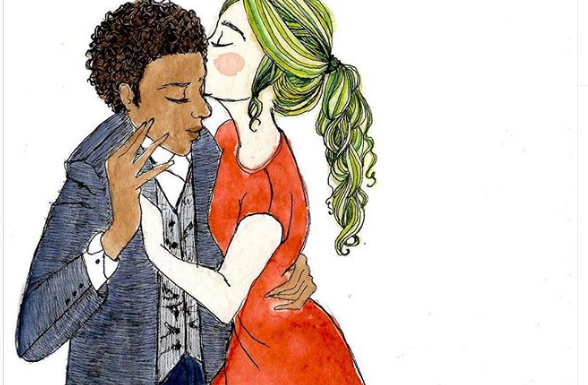 Whenever I sit down with a new client to talk about where they want to go in their relationship and what’s blocking them from getting there, I always notice some version of the same thing.

The similarity I see in people who are stuck in their relationships is that they are all, invariably, living with secrets.

They tell me about their relationship, the challenges and the rewards of it.

I can hear it in their voices. The tenor and tone of their speech changes when what they don’t feel how they think they’re supposed to feel.

They speak hastily or look away when trying to gloss over something uncomfortable that they hope I won’t notice. The pitch rises at the end of their sentence like a question mark.

I stop them and ask, “Is that really what’s true for you?” and nine times out of 10 they nervously laugh and acknowledge that it’s not the whole truth and, in fact, the part they didn’t tell me is the same part they’ve kept from their partner. I ask them to look deeper. What’s actually true for them? Why have they felt they couldn’t share that?

All secrets contribute to a break down in connection.

It might be we’re keeping our desires hidden—that we haven’t acknowledged just how much we want from the relationship, or in some cases, just how little. It may be that there’s something fundamental about ourselves that we haven’t revealed out of shame or fear of abandonment. It may be that there is an accumulation of little, seemingly harmless (but not actually harmless) everyday secrets, such as when we don’t reveal that we got our feelings hurt or became jealous.

Whether we’re living with an accumulation of everyday secrets, or a major elephant-in-the-room secret, the result is that our connection inevitably breaks down.

It might seem like I’m simplifying things here, but it really does come down to this: Failure to be honest is the only factor that ever causes us to feel stuck in relationships.

Don’t believe me? Try being 100 percent honest from the very beginning, every single time.

The relationships that aren’t right will quickly fall by the wayside. The ones that have the potential to be right for us will sort themselves out. We’ll evolve to catch up with them or they’ll evolve to catch up with us. And if a relationship perseveres through the honesty, it’ll have done so because it’s in alignment with who we are and what we need.

I’m not saying there won’t be challenges, but when we live entirely unconcealed, life flows and we don’t get stuck in dynamics that don’t work for us.

One of my favorite categories of clients to work with are people in new relationships.

The highest concentration of secret-keeping in relationships usually occurs during the courting phase when we don’t know each other and our main goal is simply to be desirable to one another. We aren’t invested yet. We don’t see our connection with each other as something precious to carefully cultivate. We aren’t thinking about a future when we might want a deep and lasting partnership with one another. We’re thinking about it in it’s current context: a casual relationship with someone we hardly know.

And yet, the way we show up for a relationship in this phase can deeply affect its entire trajectory.

Working with people in this phase is profound because slight shifts to how they approach the connection can have an enormous impact.

In sessions with my clients, we delve into what this relationship is bringing up for them, working together to make sure they’re conscious of what’s motivating them so that they’re not on autopilot playing out their usual patterns. Clients text me whenever they’re stuck so we can work through real situations in real time. I’ve had clients text me from the bathroom on dates. “He made a dumb comment about my work and whereas a minute ago I was totally into him, now I feel indifferent.” I can ask, “What did you feel?” and she’ll reply, “I felt hurt. I felt judged. It made me want to stop caring so he wouldn’t make me feel that way again.”

And that’s when I ask, “Instead of disconnecting, could you tell him that?”

Most people think they’re pretty honest, but the truth is they’re not even close.

We’re so used to saying we’re “Great!” when we’re not. We’ve accepted that to share anything uncomfortable about ourselves is TMI (too much information). We’re taught to protect people’s feelings above telling them the truth. In fact, our standards for honesty are appallingly low.

It takes a lot of practice to begin to feel our truth again, and even more to recognize that we could actually tell anyone those truths. But I watch the intimacy grow most deeply and rapidly between those who are willing to try it. And they’re often astounded that all along it could have been so simple… and they’re saddened by how many great connections they’ve already squandered because they hadn’t been vulnerable.

So I have a radical idea: Let’s treat everyone as though we’re building a deep and lasting connection with them. Because, for all we know, we might be.

We won’t know they’re “the one” until after we’ve built the foundation of our relationship, so let’s make sure we’re building a solid one. Because, who knows—we might find that as we get to know them better we’re taken by surprise how important they become to us. And then, whereas before we didn’t see much downside to keeping secrets from them, suddenly the cost of keeping those secrets has skyrocketed.

Whereas secrets were once our strategy to lure this person in, they’ll have become a reason to keep them out. Our fear of revealing ourselves will have provided us with compelling justification not to go deeper—to lean out instead of leaning in. And being faced with that choice will lead us to start making arguments against this person’s importance so that we don’t have to do the very uncomfortable work of coming clean.

I’ve seen couples begin to reconnect and turn their relationship around after years of struggling simply by deciding to come clean about secrets they’d kept for years.

But for many, by the time they get to that choice it seems too late to turn things around. Maybe by then being honest seems too big a risk. So they continue to hide, or they run away. To avoid hurting each other. To avoid the humiliation of revealing themselves.

It seems such pointless suffering.

Because, after all of this, the secret itself is often almost irrelevant. Asked to recall a time when someone shared a difficult truth with us, most of us will remember that the most hurtful thing wasn’t the truth itself. It was that they were not who they said they were, that they didn’t value our connection enough to be honest. And we bemoan that they ever thought they needed to hide that part of themselves from us.

Because all we ever wanted from the very start was all of them.