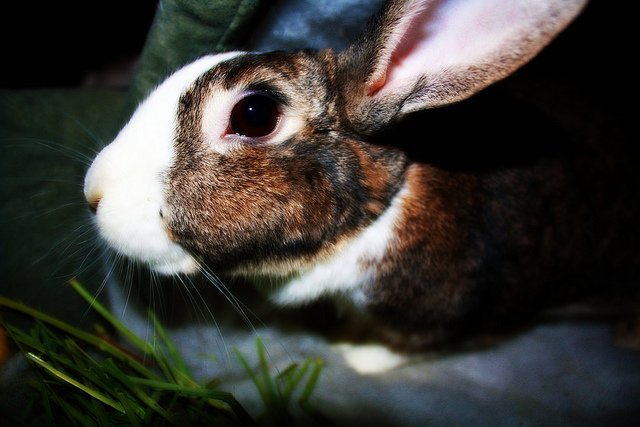 Editor’s note: After a number of comments and discussion around this post (which we love!), we’ve updated some of the sourcing. If you have additional information, please leave it in the comments and we’d love to have a mindful dialogue around this issue.

Back in the late 80s and early 90s, pressure from various animal rights groups including PETA lead many cosmetic companies to stop testing their products on animals.

Amongst them were beauty giants Estee Lauder, Avon and Mary Kay. For more than 20 years, the companies made frequent appearances on “cruelty-free” lists, but today that is no longer the case.

In what many see as a step backwards, the three companies have resumed testing on animals in order to sell their products in China.

It’s no surprise that companies want to sell their products in China. Business analysts says China is expected to be:

In other words, it really is all about the money. And while in theory I have no problem with a business wanting to make money, I have a real problem with companies who do so at the expense of animals for something as frivolous as cosmetics.

Lest anyone not think the animals suffer, they would be sadly mistaken. I’ll spare the reader the graphic photos that can be found on the internet. But in short, many of the tests for sensitivity involve smearing various chemicals into the eyes of rabbits. Rabbits are a favorite for this because they have no tear ducts and the products do not wash out. Even if the animals do survive the testing, they are almost always euthanized at the end of the testing. While those who read this piece may want to boycott these companies, it’s important to know just how extensive the Estee Lauder brand is. In another addition to it’s eponymous-named brand, the Estee Lauder group includes

That’s a lot of brands.

Furthermore, it’s worth noting that Origins and Aveda are favorites of many who like “natural” products. (The well-known mind-body physician Dr. Andrew Weil even has a line of products for Origins.)

In any case, it’s up to us, the consumers to decide how we spend our money. As someone who used to be a fan of many products from these lines, I just cannot justify my love for a specific lipstick or shampoo while simultaneously knowing that an animal suffered and died for it—especially when there are so many alternatives available.

How do I know there are alternatives to animal testing? Just look at the companies who make and sell products that are just as good as the aforementioned brand’s (if not better), and still refuse to test on animals.

I urge those that are enraged by the brand’s reverting back to animal testing to contact the customer relations departments of these respective companies to let your feelings be known.

There is an undeniable power in numbers—and hopefully these companies will admit that this a massive step backwards.

Lately, there have been many questions in the wake of confusion regarding China’s legislation from last June that supposedly ended animal testing. First, it’s not true that China has ended animal testing for cosmetics—it has ended it for those made there. Any products that are not made there must still be tested on animals and this includes these three aforementioned companies.

Furthermore, there is some confusion about whether these companies test on animals or not, and that it is a case where the devil is in the details. Technically, it’s the government who is calling for and conducting the tests. However, the companies are aware of this and allowing their non-Chinese made products to be tested on animals.

Also, please be aware it isn’t just China that requires animal testing. These companies and others continue to sell in markets where animal testing is required.