How I Learned to Stay Positive in a Negative World. 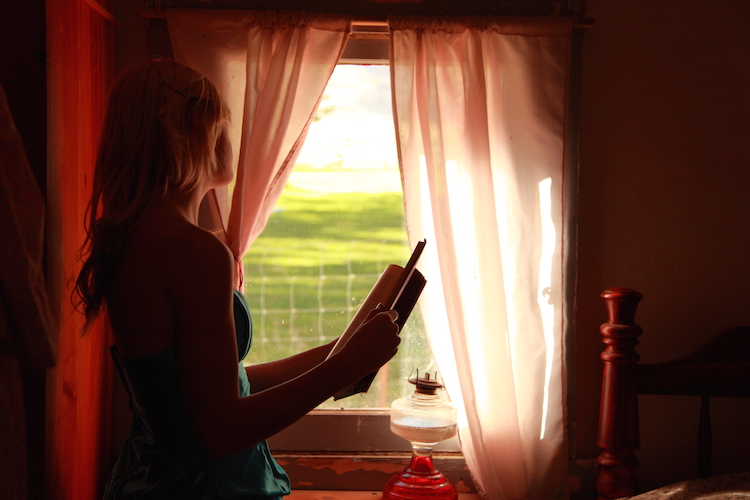 If you go to any website and scroll down their newsfeed, it’s virtually a smorgasbord of information strategically designed to feed the voracious appetite of a hyper-negative society.

Like most, I find myself mindlessly clicking onto headlines like, “Gunman kills seven then turns gun on self,” or bizarre tags like, “Mother drowns children in washing machine to save time.”

I want to turn away and engage in other, more meaningful pursuits, but I can’t help myself. Like a junkie who needs her fix, I furiously click away until my brain is numbed from the barrage of negative and useless information.

Every time I engage in one of these negative media binges I hate myself, because I know that I am better than this. I don’t even really care about Kim Kardashian so why the fu*k  did I  just waste 30 seconds of my life learning that every other word that comes out of her mouth is ‘Like’.

A headline pops up on Yahoo about yet another sex trafficking ring. As I stare at the headline, I am greeted by a familiar mixture of fear and ambivalence. Yet, in spite of the fear that triggers a small spike of adrenaline in my brain, I can’t seem to look away. In some unfathomable way, I discover that I am strangely comforted by it.

The only solace that I find in my mindless need to learn useless facts and soak up negativity is that I am not alone in this. At some level, we are all attracted or morbidly curious about the man who chewed off his own arm to survive in the wilderness, or the commercial plane that evaporated into thin air.

Like others, I point the finger at the big, bad media monster, but the hard truth is that the relationship is reciprocal, like a dealer and their buyer. Man creates violence, the media reports it and we are attracted to it like moths to a flame.

Our adrenaline-fueled society has become so addicted to negativity that it’s almost as if we have become an over-stretched rubber band ready to snap—teetering precariously on the brink of some unknown destination.

Even if we don’t waste much time reading about the violence in the world or glued to CNN every night, we are still affected by the negativity around us or, far worse, the apathy of those who have become anesthetized by the negativity.

I recently did a negativity detox. The plan was to limit the time I engaged in reading Yahoo and other news feeds as well as being drawn into the endless drama of those around me. I wanted to add something valuable to the dialogue and not just be a whale blowing white noise into a sea of my own hypocrisy.

I had attempted this very detox last fall, but as the days got shorter, so did my resolve to transform into a negative-free person. Eventually I was lulled back into the cornucopia of headlines tantalizing my brain’s need for its negative fix.

I wouldn’t call it a guilty pleasure because it’s really not something that makes me feel good, unless I am watching a rhino and a goat playfully frolicking about (and who wouldn’t find that pleasurable?).

Just like the last detox, I did my best to resist the urge to click on sensational headlines and other tempting tags, but it was so hard and I was irritated with myself if I didn’t click on a story that I could rationalize as “relevant” or “news worthy.”

I would bite my lip when a documentary about genocide in Uganda popped up on Netflix or linger for a second too long staring at a breaking news headline. Everything in my brain screamed out to me to click on and commiserate with these poor strangers who were victimized by horrific floods.

My ears would immediately stand on high alert if I overheard someone telling another person, “Oh my God, did you hear what happened to Susan, it’s awful! Even though I didn’t even know Susan, everything inside of me wanted to scream, What happened to poor Susan? Please tell me!

Like a junkie, I fought the urge to give into temptation. I was determined not to let my brain trick me into abandoning this mission to wean myself off of negativity. As crazy as it sounds, I think that my brain even tried to convince me that if I betrayed its biological need for negativity, I would be punished and wake up to the headline, “Yahoo mysteriously disappears overnight.”

My desire for negativity was so hardwired in my brain that I began to wonder if my biology would win over, especially after weak moments where I couldn’t fight the temptation to click on a story. After the fix, I felt like a deflated balloon. The world seemed darker and bleaker and I realized that in a matter of moments I allowed myself to be sucked back into the world’s black hole of negativity. I felt defeated and repulsed by my inability to create a world in my mind that wasn’t full of negativity.

A week into my detox, I had an earth-shattering epiphany. The catalyst was the Caitlyn (Bruce) Jenner transition. Lord, help me; I tried to be strong, but there was dialogue going on all over the world about this story and I needed and wanted to know what people were saying.

I was in the midst of yet another mental battle with myself over a new story that popped up about her when suddenly I realized that no matter how hard I try, my curiosity about the world around me is an integral part of who I am as a human being. All I needed to do was find balance. I was elated by my revelation.

The next morning while sipping my coffee, the headline “How to make a man fall in love with you in 5 seconds (like, I even have that much time) popped up on the newsfeed. My finger twitched with anticipation at the words strategically designed to draw me in. I have the power to choose, I repeated like a mantra.

I put down my phone and looked outside the kitchen window at a sparrow sitting on the telephone wire. We both stared at each other for a second and then it flew away. It wasn’t earth shattering, but simply me sitting present in my kitchen a million miles away from all the negative sh*t in the world.

I glanced down at my phone; a new headline on the newsfeed screamed out to my biology to click on. Nope I said, feeling like a convict walking through the prison gates after serving their sentence.  Looking back out the window, I confidently whispered, “I am more powerful than my biology” to the bird in its wake. 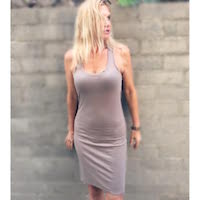