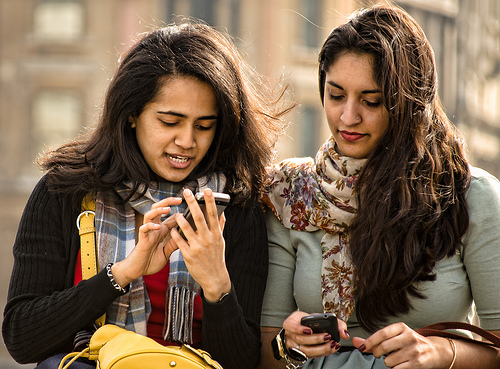 Editor’s note: Astrology isn’t a religion. We’re not sure it’s a science, either. It’s magic, maybe. But, as with feng shui, say, things affect things. So as long as we don’t go blaming our problems on the stars, as long as we assume responsibility for our own actions…well, hell, a little auspicious coincidence and applicable wisdom can’t hurt. And so, with that grain of salt…enjoy!

David Letterman is not the only jokester to have a list of The Top 10 Reasons. As an astrologer, I have my own list of the reasons why you’ve to got to love Mercury retrograde.

After all, Mercury retrograde offers the perfect explanation for anything you’ve done wrong, over the past three weeks. This cosmic event provides you with the rationale to excuse all the mistakes and misrepresentations you’ve made, the important dates you’ve forgotten, the matters you’ve screwed up, and even the (small) lies you’ve told.

Let’s begin with your good fortune—which is that you’re likely to receive great sympathy for your misdeeds during these past three weeks. After all, one-third of the population knows all about the crazy period of Mercury retrograde when miscommunications abound and the world goes haywire. Another third of the planet will empathize with you, because they’ve also had some pretty screwy experiences over the past three weeks.

The remaining third of the population—while skeptical—won’t care because they’re busy cleaning their cave, or attending a witch burning, or possibly an Obama birther fact-finding gathering.

So…your response to anyone who is upset by your behavior should be very Steve Martin-esque: “Well excuuuuuuuuuuuse me…but it’s not my fault, after all Mercury has been retrograde!”

Here are the top reasons why you’ve got to love Mercury retrograde:

1. You’re totally off the hook for losing your girlfriend’s yappy dog.

Everyone knows that this is a time when things are lost because people are mistake-prone and not thinking clearly. This is the perfect explanation for why you left the gate open and your girlfriend’s dog ran away. It’s also been a fabulous opportunity to be rid of a miserable mutt who peed on the backseat of your new Porsche 918 Spyder, which you love more than life itself.

Unfortunately the dog will come back right after Mercury goes direct (hopefully with a greater respect for German carmakers).

2. You can fib a little to have casual sex during the retrograde.

When you’re out on the prowl and hoping to hook up with someone for a sexual adventure, it’s so easy to accidentally say things that are untrue, under Mercury’s influence. Here are some examples of mistruths spoken during these three weeks: To the woman you just had casual sex, “Of course, I’ll respect you in the morning.” To the man you just had casual sex, “I’ve never done anything like this before.” You are also covered for other fibs such as: “It’s only a cold sore,” or “Don’t worry, it’s okay—I’m sterile,” or “It was great meeting you and I’ll call you tomorrow.”

3. You have an excuse for the mean thing you said about your mother-in-law.

Everyone knows that this is a time when people make mistakes in their communications and accidentally say things they don’t really mean. Case in point: you were talking to your wife and trying to express how much you enjoy her mother’s vast intellectual curiosity about your marriage. However, because of Mercury retrograde, somehow your words came out as, “Your mother-in-law is a nosy b*tch!”

It’s been three weeks and your wife is likely to move back home with the children any day now. Relax.

4. You can assign blame to someone else.

What? Me? No…it was Mercury retrograde. “Sorry your hard-drive crashed. I thought Roger was suppose to back up all the computers in the office.” As my esteemed astrologer colleague, William Sebrans said, “Misunderstandings are now attributable to impersonal forces or gods in vacation mode. That is, we are now in the clear and off the hook.” This explanation should explain why you shouldn’t be fired for negligence.

5. You can lie with impunity.

If you own a laundry: “Your shirts will be ready on Tuesday.” If you’re with a drinking buddy: “This is my last beer,” or “I’ll give you back the $100 you loaned me next week.” If you’re a car salesperson: “It’s supposed to make that noise. Who knew that used car would turn into a lemon after I sold it to you.” If you’re talking to a police officer: “Drinking? Why, no, Officer. Smoking? I never inhaled.”

Everyone knows that during the retrograde communication cannot be relied upon. So, it’s not your fault if the other person actually believed you in the first place.

6. You’re free to delude yourself.

For example, do you remember what you said to your wife on your recent drive out in the country last week: “Don’t worry, honey, I can go another 20 miles when the gauge is on empty.” Everyone knows that it’s easy to have faulty judgment during the retrograde. How were you suppose to know that once your car ran out of gas, there was no gas station for 40 miles. (Boy, that was a very long walk.)

7. You can be unproductive at work.

Explain to your boss that the reason you’ve been freeloading and unproductive over the past three weeks is because everyone knows that work that’s done during the retrograde will only have to be “re-done” when Mercury goes direct. So, to avoid making costly mistakes, you thought it best to shorten your workday and come in at 10 AM and leave at 4 PM. That was the only reason you’ve been taking extended lunches from 11 PM to 3 PM.

8. It explains why you forgot your wedding anniversary.

Everyone knows that during the retrograde a person’s mental faculties are not operating at 100 percent. Anyone can forget a Golden anniversary.

9. It’s the reason for your impatient behavior.

Your road rage is forgiven because everyone is impatient during the retrograde and it’s so easy for the other person to misinterpret your actions. Case in point: you had no idea that the burly guy driving that big semi cement truck would misinterpret your finger wave as an obscene gesture. You were just innocently scratching your nose with your middle finger. It was hard to hear what he was yelling when he attempted to push your car off the side of the road, but it was something about your mother.

During the retrograde—in an effort to be kind—we can creatively tell the truth when in uncomfortable situations. For example: to the man you are not interested in who won’t take no for answer, “But…we can still be good friends.” To a jealous girlfriend, “She means nothing to me.” To a friend who just bought the ugliest outfit you ever saw, “I love your new dress!”

If you want to know if you were born with Mercury Retrograde; and, where your personal transits are—to see if they are affecting you, go to Free Transit Calculator and enter your birth date. And, if you’re curious to learn more about your personal Horoscope in 2015 and what it says about your love relationships, career, investments and health: Order your customized Report: Your Horoscope & Future in 2015.

For those who want to be responsible for their actions, how to help:

Mercury Retrograde is Over: Now What?