A Hard Look Under the Bed: Outing the Racist Bogeyman. 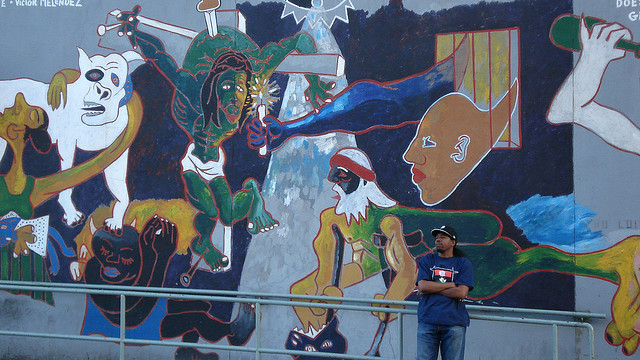 I am a white American; therefore, I am racist.

I was exposed to the virulent disease of racism before I left the hospital where I was born (where my white mother no doubt got preferential treatment). There’s no use blaming myself for it. But now that the illness is recognized, there’s also no excuse not to work on healing before it corrodes my soul any further.

But how to go about it?

Like many diseases, racism spreads most successfully when it goes undiagnosed. Like a bogeyman lurking inside, it can successfully terrorize us and control our lives when we live in fear of encountering it. For who wants to get up close and personal with the ugly specter of their own racism? If we want to dispel racism’s power over us, however, there’s nothing to do but turn on the light and confront it.

Here, then, is what I see when I look under the bed:

I see that I’m scared of black folks.

I speak as someone with love for many things black and many black people. Yet some outmoded programming still causes a deeply-ingrained alarm to go off when I see a group of black men walking towards me on a narrow street. To jump when a kid of fifteen wearing a red hat asks me for the time. To mumble “sorry, man” when an ebony-skinned man offers to sell me a bottle of water, because I assumed he was begging.

These incidents may be isolated, but if I’m honest I see a larger pattern.

I see that I move through my black neighborhood cloaked in pretense. Afraid of offending—or is it afraid of really engaging—I walk on eggshells. I wear a mantle of aloof politeness. In doing so, I privilege my own feelings of not wanting to be seen as racist at the expense of actually encountering other people on real terms.

Preoccupied with how I am perceived, I propel my body through space too quickly, compelling people to move out of the way with an eye roll: “make way for this guy.” Meanwhile, my face gropes for a benign expression—benign because I fear confrontation.

I have been told a thousand times in a thousand ways that black equals dangerous, and this toxic story seeped in. I see that this is no excuse for perpetuating such a pattern and that, as a form of racism, my fear itself feeds black anger.

I see a vicious cycle.

I see that what’s needed from me is anger. Not violent, destructive anger, but the righteous anger that fuels change. I see the possibility of standing in solidarity with black people and sharing their anger at injustice. In fact, I see no way around this stance, as no one’s liberation is finally separable from anyone else’s.

At the same time, I see that deflating the inner racist means not privileging black people or putting “them”—as if that category had a hard and fast existence—on a pedestal. Romanticization and condescending altruism are themselves forms of racism. Recovering from racism means being real with people, no matter who they are. Being willing not just to compliment or lend a hand, but also to call bullsh*t on someone when called for, regardless of race.

Recovering from racism also means not being too quick to judge white people for being white, even though many white people are oblivious, rude, misguided or worse. Understanding racist attitudes as societal pathology, it becomes easier to develop compassion for those who are sick—not spineless compassion, but clear-eyed comprehension of how hatred springs from deep wounds.

Ugly as racism is, we can train ourselves to hate the disease—not those who are sick.

I do not suggest that we color-blind ourselves—an impossible feat in any case. Rather we should work to become conscious of our reactions to color, as a first step towards uprooting those reactions.

So I ask, what does your bogeyman look like?

Whether he turns out to be less scary than you had feared or uglier than you had imagined, he’ll do less harm in the light of day.

Confessions of an Undercover Racist: White privilege, cultural appropriation, & the search for meaning. 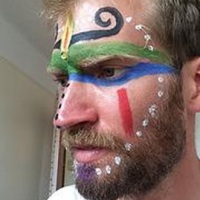