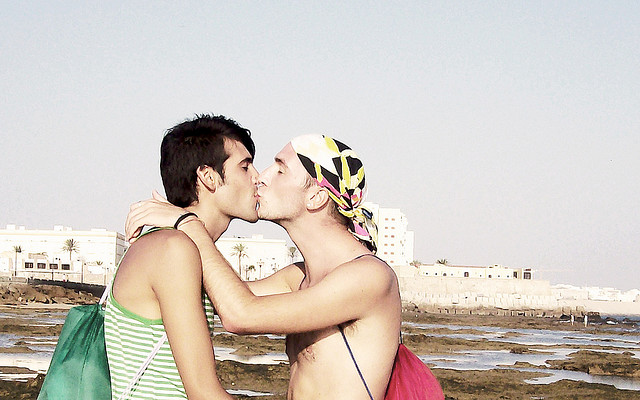 This past week something pretty interesting happened. For the first time, after a long time of waiting, protesting and pushing, the Supreme Court finally declared that gay marriage is officially legal in every state of the U.S.A.

(Even Texas, Michigan and all of those places you wouldn’t imagine this would happen in.)

In my personal opinion, this is phenomenal news. My heart and soul goes out to any person who has experienced suffering and sadness over this issue in the past. My joy is with them now that they are able to participate in the full love experience that we heteros have always been allowed.

I don’t know if it is because I am young, because I go to a public college or simply because I am a decent and caring person, but I have never been able to see what could be wrong about being gay.

When I think of it, in my head, it seems so clear. It seems like two people, doing their thing, not hurting anyone and wanting to be treated fairly.

But that’s beside the point.

I personally want to get married. I don’t care what sexuality you are, I think we’ve all fantasized about some version of the pretty white dresses and making all of the mean girls in high school jealous of your super hot, soon-to-be life partner. Right?

Now, I know that there are so,  so many people who will disagree with what I am about to say. I am not going to claim that I am the know-er of all things or an expert on the Bible and religion, or even an expert on love. But, I do truly in my heart believe that God is not angry about this decision.

This is where it gets tricky. When it gets right down to it, other than unjustifiable homophobia that seems to prey on every boy in khaki shorts, the reason that people don’t agree with gay marriage or the concept of being gay in general is because of the Bible.

A man shall not lie with another man as he does with a woman, or something along those lines.

(Doesn’t mention women, so maybe lesbians are in the clear here?)

Yes, I completely understand and am completely aware that this is mentioned in the Bible. As a Christian and someone who has grown up always believing in the Bible and the word of God, I was obviously present for at least one Sunday school meeting where they explained that marriage was between a man and a woman. What I think they were more worried about here was sex being between a man and a woman, but you can’t exactly explain any of that to a 6-year-old. Besides, coloring is fun and we had no interest in marrying anyone at the time.

There were no missing-toothed freckled faces who gasped in protest and tried to argue that marriage equality is a right that we all deserve. We were young, and truthfully that conversation had not even yet begun among adults yet.

But I know what I need to get back to here, and that’s the fact that I do not believe that God is angry at the gays, at the world, at me, or at anyone for the decision that has been made. Call me crazy, but I truly believe that God loves all of his children equally and wants all of us to be happy.

We can continue to quote the Bible to attack gay marriage, but I think it’s time someone used it to defend equality.

“You shall do no injustice in judgment; you shall not be partial to the poor nor defer to the great, but you are to judge your neighbor fairly.” Leviticus 19:15

“...and He made from one man every nation of mankind to live on all the face of the earth, having determined their appointed times and the boundaries of their habitation.” Acts 17:26

“Even the righteousness of God through faith in Jesus Christ for all those who believe; for there is no distinction; for all have sinned and fall short of the glory of God, being justified as a gift by His grace through the redemption which is in Christ Jesus.” Romans 3:22-24

And my personal favorite:

“For there is no partiality with God.” Romans 2:11

These verses are all about equality, about how we are all seen equally in the eyes of God. God did not put us on Earth to segregate ourselves, to decide what is right and wrong. Ultimately, that will be His job, not ours.

Our job while on Earth is to treat one another with kindness, respect, fairness and love.

While I wasn’t alive when Jesus lived, I can assume that there were many people Jesus met on Earth who made decisions he did not agree with. But never did he treat anyone unfairly or poorly. Instead, he worshiped every other person the way that they should have been worshiping him.

My point is that God wanted us to love. He wanted us to be kind and comforting to one another. He wants us to remember that He is the ultimate judge, not we. We will be judged for our sins only as harshly as we judge others here on Earth. That is why I do not think God is angry.

If we’re going to get picky about the Bible and sex, we have a lot of judging to do, don’t we? So instead, we should love, let love and understand that judgement is not what we’re here for.

There is no reason to deprive anyone of happiness and love.

Does the Bible Actually Forbid Homosexuality?

What if Gay was Straight & Straight was Gay? 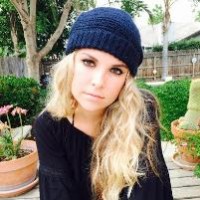