Inside the Mind of a “Nothing is Ever Good Enough” Person. 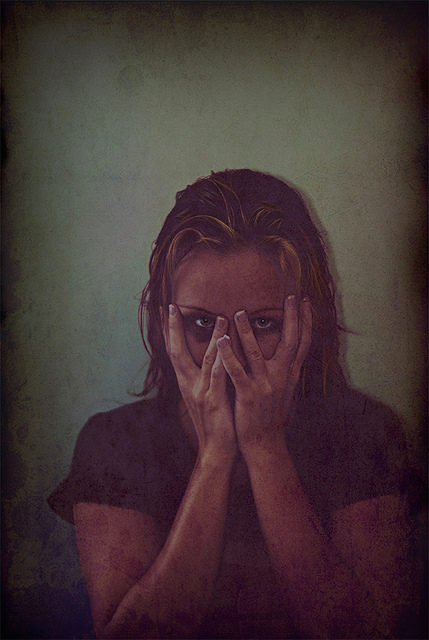 I want to invite you to come with me inside the mind of someone we might call, often in sheer frustration, a “bottomless pit.”

We all know what that means, don’t we? And the kind of person it describes. The “bottomless pit” person.

The person who can’t seem to find a way to use anything you say to them, anything you give them. To hold anything.

So how about, just for a moment, we walk in the shoes of a “bottomless pit?” How about we just peek at what that is like? We won’t stay there too long, because we’re going to want to shake those shoes off pretty quickly and breathe a sigh of relief that we don’t have to wear them all the time. However, let’s just give it a go.

Just to make it a little easier, I’m going to give this “bottomless pit” a name. How about we call her “Helen?” It just makes it simpler to give her a human face for a while. Our bottomless pit isn’t necessarily a woman. But let’s go with it, just for now.

So, let’s put on Helen’s shoes.

The world, for Helen, is a really frightening place. It started out that way.

Helen’s mum wasn’t really cut out for mothering. She didn’t have anything to give to a baby apart from practical care—given in a no-nonsense kind of way—because she hadn’t had it herself.

Helen’s mum lived life as if it owed her. She believed that Helen owed her, too. Helen was her second chance. Helen should give her everything that her own mother had been unable to give her. Note: unable. We’re not blaming anyone here. It was as it was. It’s as it is.

We’re just putting on another pair of shoes, remember.

Let’s just imagine that for a moment. Some of us will already know what this means, because we already know what that’s like. It feels frightening. Joyless. It’s to be untouched by anything good, to be unable to remember it, or conjure up the feeling of it. Everything is fleeting and temporary. It goes in but it just falls right out again.

People who know it often refer to it as “the void.”

See, we can only hold onto things if we have been held. If our being mothered has included our being physically, emotionally or psychologically held. If we have felt and known that we were existing in another’s heart and mind. We only know we exist because we first discovered that we existed in the heart and mind of another.

Do you begin to see the pain of the “bottomless pit” yet?

Oh, it doesn’t end there. It gets worse. As an adult, Helen continues to feel like a hungry, needy child. Just like her mother was. She feels so bad about that, so ashamed, so inadequate. She hates and despises herself. She’s a horrible person for being so full of hurt and anger and resentment. And the worse she feels about herself, the more she tries to compensate by being “good.”

Helen usually cares for her mother, often lives with her longer than many daughters live with their mothers, or continues to live close by. She tries hard to meet her every need, and resents it while believing that she is bad for resenting it. Neither mother nor daughter are happy in this arrangement—there is duty here, not love. Although both would insist on calling it love and both believe it is love, neither really know what this thing called love actually is.

Now and then, Helen goes through periods of the darkest, most desolate, depression. She will catapult between anger and grief. She will cry for days. She will walk out. She will shout cruel things. Then she will be overcome by guilt and remorse. And shame. Oh, always the shame. And she tries even harder.

When it gets really bad, Helen will ask for help. She’s clearly in so much distress that others are eager to try to help her. People give her hugs, words of encouragement, practical offers of help. And Helen expresses her gratitude and appears to absorb it all and feel better. People feel gratified and content that their help has made a difference.

However, in Helen’s world, all it has actually been is a sticking plaster. It has helped temporarily. But the void—the bottomless pit—remains. Everything is just as hollow, empty, frightening and meaningless as before. She is still a “bad” person and she still hates herself.

She genuinely tries to do the things she has been advised to do. She reads the books. She writes love letters to herself. She says affirmations as if they are sacred, magic rituals that will bring about healing. She tries to love herself like everyone tells her to do. But always, there is the void, always the bottomless pit. Always the inability to hold it.

Do you get yet what it’s like to be Helen, yet?

And do you know the only way it gets fixed? The only way? The way that someone who doesn’t know how to love themselves gets to be able to love themselves? It is by being given, over and over again, the unconditional love they didn’t have. That doesn’t mean depleting yourself. It doesn’t mean giving in a way that leaves you empty. However, it does mean not telling her to do what she simply cannot do—no matter how loudly and clearly and impatiently you tell her to do it.

And now do you see the challenge? Both for Helen, and also for you? Do you see why Helen chose—because, of course, she did choose—to bring this opportunity into this time/space reality for us all? Do you see what a strong soul Helen actually is? Do you see what she offers you?

This never was about Helen. This never was about the frustration of the bottomless pit. This was never about you learning wonderful techniques that you could offer to Helen in order to help her to be like you. It was always about you. And for that, you owe Helen enormous appreciation.

Helen’s already got this. She knew what she was doing. She has this. Her higher self is looking on, smiling, and nodding at the absolutely brilliant job she is doing of playing out her role. Her bottomless pit role.

Do you get it now? Even a little? The enormity of this gift?

Oh, and if you happen to be Helen, thank you! There is much love and appreciation for you here. We stand in awe.