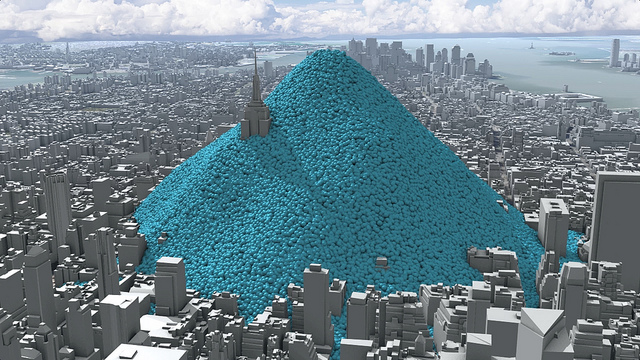 We are faced with countless wicked problems in the world—problems so severe and so complex that finding answers almost seems impossible.

The theory of democracy is majority rule, but in practice the minority actually decides the outcome on most issues.

As a result, most modern political systems are open to manipulation of the swing vote, gerrymandering to change constitutional boundaries and horse-trading on key issues to ensure personal interests are served. Democracy bakes in dissent and is also inherently divisive. At any one time, up to 49 percent of the population are unhappy with the government and its decisions. Consequently those in power and those in opposition don’t come together to solve the issues for the greater good, instead engaging in Punch and Judy politics. In these situations, each tries to undermine or cast blame on the other.

Government is in urgent need of a radical overhaul if it is to ever serve all of us not just a small minority of us.

Over the last 30 years, income inequality has widened in more than two thirds of all the countries in the world. World economists suggest that growing inequality is “one of the biggest social, economic and political challenges of our time” (Minton Beddoes, 2012). This escalating income inequality itself leads to a vast smorgasbord of additional and often cumulative problems within a society such as poorer physical and mental health, increased drug use, poorer child welfare and education, increased violence and fuller prisons (Equality Trust, 2013).

If we want to create a fairer, more just world that takes care of all its citizens—not just the privileged few—there needs to be a comprehensive review of the whole economy and corporate system. We need to move away from quarterly capitalism and instead toward long-term capitalism (Barton 2011) or conscious capitalism (Mackey and Sisodia 2014). Specifically we need to address:

The deployment of capital.

The way we pay and incentivize leaders.

How we see long-term value creation as the enemy of profit.

Board and corporate governance.

The role and relationship between corporations and society.

Finally, and perhaps most importantly of all, how organizations keep score. Unfortunately, at the moment, the       only way businesses, executives and society keeps score is money. This needs to change.

According to education expert, Sir Ken Robinson, every country on earth is reforming their public education system for two reasons:

First they are trying to figure out how to educate their children to take their place in the economies of the 21st Century, which is pretty tough when we don’t actually know what those economies will look like.

Second, they are trying to find ways to educate children to take their place in a globalized world while at the same time maintaining their cultural identity.

So far, the solutions involve doing what they did in the past and as a result they are alienating millions of children who don’t see any purpose in going to school.

Naturally, this system doesn’t work. For children that are academic, the rewards are no longer guaranteed and the un-academic are ignored, marginalized and resigned to flipping patties at a burger bar. There is little appreciation of abilities that fall outside maths, science, languages or sport so millions of brilliant people don’t realize they are brilliant. As a result, to quote Henry David Thoreau, “The mass of men lead lives of quiet desperation.”

Most health care systems are outdated, unable to adapt to the changing world or truly address the needs of an increasing population who are living much longer.

In Europe the ratio of pensioners to the working population is expected to rise from 30 percent to nearly 50 percent by 2050, adding additional funding pressure to funding a functional health care system. China and Japan are facing similar challenges.

To add to the challenges healthcare has become commercialized. In 2002, the $35.9 billion in profits earned by the top ten drug companies in the Fortune 500 were greater than the profits of the other 490 Fortune 500 companies combined (Law, 2006).

Too little is being done because those in political power are too focused on staying in power and business is too busy placating the shareholder to be able to afford to look beyond the next quarter.

Powerful vested interests work between business and politics to deliberately dump fallacious research to hinder the debate and necessary action (Oreskes and Conway, 2011).

But action is absolutely needed. The effects of CO2 mingle with artic methane release, water vapour reflection, solar energy effects and many other factors to create a complex spaghetti-like matrix of interconnectivity and feedback loops. These feedback loops themselves interact in a complex way but the overall effect is to accelerate global warming. There is no real doubt that we are heating up the planet 300 times faster than at any other time in our history; or, as John Schellnhuber from the climate research institute in Potsdam puts it:

“The possibility of a tipping point in the Earth system as a whole, which prevents the recovery of stable equilibrium and leads to a process of runaway climate change, is now the critical research agenda requiring the concentration of global resources in a ‘Manhattan project’ style of engagement.”

He concludes that “All other work on impact assessment, mitigation and adaptation depends on the outcome of this over-arching issue (Wasdell, 2013).

All things considered, the only way to solve these wicked problems is to create an equally wicked but wise solution.

Hundreds of Whales Dead in the Name of Ancient Faroe Tradition. 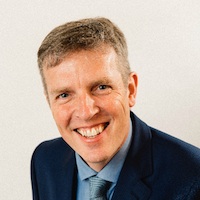