What Actually Saved the Relationship (Hint: It’s not Love). 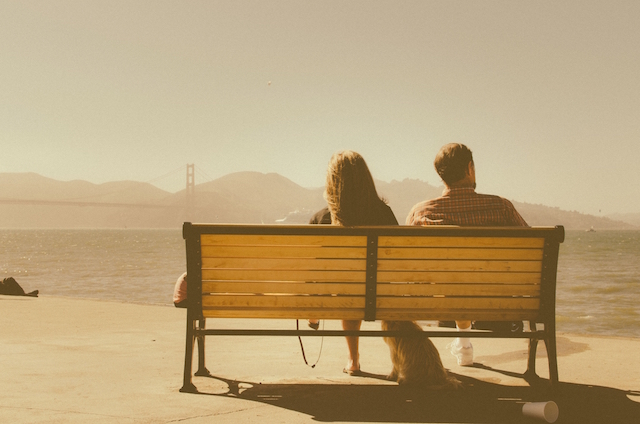 Warning: a wee bit of adult language below!

I am one of those people bombarding your Facebook with sappy messages about my newly-wed husband, attaching cute pictures of us when we first met, setting my profile to a wedding picture, and sharing every cell phone picture I can wrangle off my friends of the Big Day.

Even the blurry ones.

What an interesting time to get married in America!

Times are changing and marriage is no longer the rule of a happy family. It’s easier to explore our sexuality than it used to be, and marriage can seem like a boring choice in comparison.

Polyamorous and open relationships have become more mainstream and women are checking out what it means to be an ethical slut; unmarried couples are living together in bliss and nobody cares.

The internet is busting at its seams with sex blogs and every imaginable kind of pornography. Marriage has also been changing its face for some years now. Since being gay is barely a thing anymore (from many people’s viewpoints at least), same-sex couples (or those with any gender identity or preference) can finally get married nationwide.

Oh, the many forms of lovers!

There is a reason for it all and it’s something that surpasses just satisfying loneliness and getting your rocks off with someone else on the regular. No matter who we are or what type of relationship we are in, the main reason we enter into a relationship with another is to create opportunities for personal growth.

But growth is more than just discovering yoga together or sticking with each other as you quit smoking. It is more than the security, familiarity, and sense of safety your provide one another.

It is even more than being there for each other when one of your parents gets sick, or when a pet dies.

The real and best opportunities for growth are those times in your relationship when you just can’t stand each other.

Often when a relationship enters into a rough patch, we quickly label it as “something going wrong.”

We all know the feeling—it feels like your fate as a couple is hanging in some precarious balance, and every fight might mean the demise. Something is “wrong” in the relationship, and you need to “fix” it.

The truth is, your relationship is still working when things are not easy.

Nothing is actually going wrong. Coming into friction is a necessary and essential part of relationships; it is where you can actually grow the most. The only thing that is wrong is the way that we handle these tough times of feeling at odds with one another.

What do we do in these times?

We get into fights.

As soon as you are in a fight with your loved one, you have already ceased to to be a unit. A fight is a battle between egos, separate identities trying to prove their rightness. Just stop for a moment and think how crazy that really is.

When we are in a romantic relationship with someone, our energies are joined and we are on the same side!

That doesn’t mean you have to hold the same beliefs, opinions, or perspectives as their partner, but it does mean that fighting with each other totally negates the point of the relationship.

Deep down we know this, which is why fighting with the one you love feels so freaking terrible.

So why do we continue to do it?

We do it to avoid our own growth.

We don’t see that in the moment because when we fight, we’re usually trying to get our partner to see where they need to grow up, while they are trying to do the same to us. It’s like two cars ramming into each other over and over again to try to make the other one drive forwards.

But that is essentially what a fight is: it is an impossible method to try and help each other make progress.

The only way progress will really be made is if both people take a hefty spoonful of humility and really listen to what their partner is saying. It seems so obvious, but people don’t do it because deep down inside they know that their partner is probably right about the issue on some level. Both people have a really important insight for the other person that—if taken in and heard—could really create some growth.

True growth means facing our own dark shadow self…you know, the one that your partner sees so clearly and will point out to you mercilessly while fighting? This is the “Numero Uno” reason relationships fall apart, and also, dare I say, the reason people serial date these days. It isn’t so much that we are terrified of being seen, it’s that we are terrified of seeing ourselves.

How convenient that we’ve embraced technology that allows us to jump ship at the click of the button, as soon as the waves start getting choppy.

The angels are singing.

But as time goes on, you start seeing some ugly stuff that you would rather not see in your partner. They supposedly start seeing ugly stuff in you too. You both start fighting as you call each other out on your shit.

You both deny that you have shit, and also make sad, sorry excuses for your shit. When you occasionally have the balls to admit you have your share of shit, somehow it becomes your partner’s fault, or your mom and dad’s…conveniently, it’s almost never yours. Then you wonder why your partner can’t see what’s wrong with them and how everything that is busted in the relationship is because of them and their shit.

And this is the point where many couples call it quits. Because to proceed would mean both parties would have to acknowledge their own shit and not just each other’s.

Not only that, they would actually have to clean up their shit for the relationship to work.

I’m going to let you in on something personal.

Before Matthew and I got engaged on Christmas of 2014, we had almost broken up that past September. We had been going through the same tired fight, the same accusations and blaming, the same denial and shirking of responsibility.

Our relationship had stagnated because we were unwilling to see ourselves through each others eyes.

We had reached a point where it was either break up or break through.

That September, after a particularly weary, hopeless feeling fight, I tried to break up with Matthew. But the cord of love and time that bound us was strong, and I ended up agreeing to a (dun dun dunnnnnn) “break.”

I moved my stuff upstairs and claimed the spare room as my own and created a whole hell of a lot of space between us. In that space, that limbo, that silence, we both turned inward.

After several days, Matthew came to me and owned every single bit of his shit that I had been calling him out on for two years. He had finally looked inside and seen every inch of what I had seen, and had absorbed and owned all of it. And I saw him sitting there, fully vulnerable, heart stretched wide open, his soul spilling out of his eyes, and I broke down in tears as I owned what was messy and hidden and mine as well.

I had been blaming him for months—maybe even our whole relationship—while refusing to admit my own shadow that had been lurking behind corners and casting its own devastating blows to the relationship over time.

Then, when we were both spent of our dark admissions, we cried and cuddled. A load was lifted.

The relief for both of us was great.

That day, we tore down the walls of pride that had been separating us from true intimacy and our relationship was born again from the fire.

What has emerged since then is so much better than what was before. There are few, if any, fights or conflicts based on defending our precious egos. Our communication is more gentle, patient, and understanding. We don’t bare our teeth, flex our claws and build walls to hide behind when we are called out on our shortcomings. We are learning to remain humble to each other, to listen, to allow ourselves to be seen, and to honor the reflections that are given to us.

We are striving to see own selves clearly and courageously, so that we may walk in peace together.

We have learned to evolve personally so that we can stay in harmony together.

The point of the story is this:

What saved the lovers wasn’t love—it was their commitment to the journey together.

And just one last thing.

I kept my separate room. Just a bed, a mountain of clothes and an altar made of rocks and shells and other hippie artifacts. Though the dogs sleep there more than me, what I learned from our brief break was that having the ability to choose space is essential to the health of any relationship.

Relationships are living things, and they need space to breathe.

Let’s collectively let go of our fear of commitment.

Obviously I’m not saying to commit to abusive relationships in hopes they will change or work out. They will never change and never work out.

But if there is way more good in a relationship than bad, if generally you make each other happy, stick around a while and see what happens.

Don’t run when it gets hard.

The shackles that we fear could bind us may be the ones that set us free! 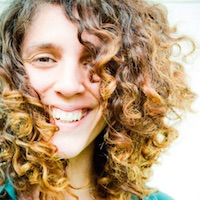