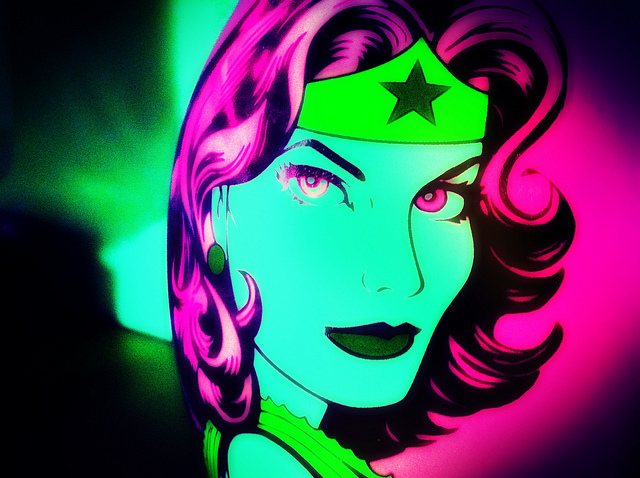 When I was young, I wanted special powers.

I watched shows like Wonder Woman and I Dream of Jeannie, Bewitched, and The Bionic Woman. Jaime Sommers was so down-to-earth, unpretentious, just a regular gal; she made special powers seem attainable. I ran at recess and heard that t-t-t-t-t-t-t-t-t sound that implied my make-believe bionics at work. I smoothed a strand of hair behind my ear to hear far away sounds.

Once, an older girl caught me doing this. “What, are you bionic or something?” she snapped. Oh how I wished. How I wished to hear what no one else could hear or jump to the top of a building or have remarkable strength in my right arm.

I watched the 1984 gymnastic team and Mary Lou Retton with bated breath; they were girls who could fly. I watched Katherina Witt, the elegant figure skater known for her flawless routines. These women were my aspirations; I wanted to transcend the banal, the normal and predictable.

I observed how my mother, a woman of tremendous potential, struggled with the vacuousness of suburbia and being a stay-at-home mom. She instilled in my sister and me a strong sense of independence: find out what you want to do and do it, for yourself.

I immediately heeded her advice and began my journey. When I was 12 years old, a friend wrote me a poem and I was enchanted by it, this small thing of rhyme and imagery. I aspired to emulate, make up my own creations. I completed a first draft for a novel in my 20s and felt the rise of my powers.

Creativity was a way to leave the surface of the earth.

The feeling I got after capturing a poetic image or complex emotion was extra-ordinary. I learned how the minutia of life could dissolve in the presence of creativity; I discovered how a woman with a room of her own could alter her world.

The problem is we learn to believe that creativity is not enough. You are not really wonder woman until other, qualified people tell you you are. In dire times of rejection, you may replace your creativity with a pint of ice cream or perhaps reruns of Desperate Housewives, or both. The mind, now corralled to the demands of domesticity, as well as the numbing passiveness of technology, is like a tethered stallion. It snorts and kicks. It stands on its hind legs. It overheats. That creative energy is channeled straight into anxiety or worse.

Alice Walker reflects upon this in her essay “In Search of Our Mother’s Gardens,” where she writes about her black ancestors, female slaves who, due to their enslavement and stifled creativity “were not Saints but Artists; driven to a numb and bleeding madness.”

Why is the power of creativity so fulfilling?

The answer lies in purpose according to Rex Jung, a neuropsychologist who studies intelligence and creativity with respect to the neuroscience of the brain. His specialty is helping people with brain injuries find meaning in their lives again. Many of these people have lost their intellectual capacity and yet their creativity remained intact.

This is because intelligence relies on brain mass and conductivity between the lobes; conductivity is efficient with respect to intelligence, that is, minimizing point A to point B, while creativity depends on the many different, novel pathways a bio-electrical signal can take. It is a sort of meandering.

Jung cites Alonzo Clemons—an exceptionally detailed artist who creates exquisite sculptures of animals, horses, cattle, elephants, sheep in wood and bronze—as his example. Clemons suffered a traumatic brain injury early in his life that rendered him mentally and socially challenged. It is his artistry, however, that gives him a strong sense of purpose, a niche in the world.

Jung defines creativity as something that is “novel and useful.”

Why was Picasso a great artist? Because his style is novel—unique, enticing, surreal a gateway to the unconscious; his work is useful because it excites the senses and adds emotion and complexity to a viewing space. Why is Virginia Woolf’s To the Lighthouse a work of art? Its novel aspect is rooted in the stream of conscious writing that mirrors the internal workings of the human mind; we revel at the power of poetic rawness, at the spark and capture of insight before the ego and the editor overly refine it with propriety.

The useful aspect is showcasing these internal workings; we don’t read To the Lighthouse for its plot twists; we don’t read it to be entertained; we read it to experience empathy, to bring us that much closer to understanding our humanity.

I spend most of my time taking care of my 17-month-old twins and the days can be very long, especially during the winter months. I am sure I am not alone when I say I am often pummeled by the gravity of drudgery, by the pile up at the kitchen sink after every meal, by the onslaught of diaper changing and laundry, by domesticity in general.

This past spring, holed up with the babes and waiting for the weather to change, I experienced the ennui that comes with disillusionment. I have felt this ennui before; often times it has been a portal to depression, a place where I hold a continuous debate with myself on whether life is inherently meaningless.

Once, in my early 20s, during one of these periods, I enrolled in a philosophy course to find out what the big wigs said about the issue, but I didn’t find the answer there. I found it in the short stories I was writing.

This is what I must remember: while writing and in the zone, time seems to stop. I enter the world of fluidity and purpose. My mood changes from a worried, depressive state to one engaged and curious, even playful. This is why I make time to write, because creativity can eradicate existential angst.

26 Signs of a Creative Soul. 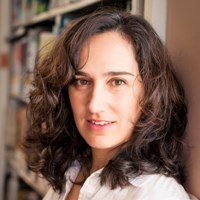