The Macho Addiction to Smoking & How I Quit the Habit. 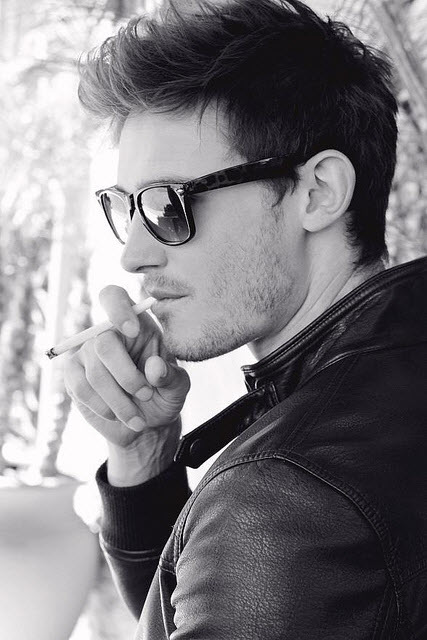 It’s good to reminisce about the past, especially if some event along the way had a profound impact on how we live our lives.

For me, that event is smoking. I must say I have absolutely no qualms in writing about it.

In fact, I know I’m going to enjoy it. I think you will as well.

During my early teens, I had numerous instances of getting acquainted with people who smoked. Smoking was considered “in” during those early days—a habit that practically everyone took part in. When I saw other people smoking, I got the feeling that they actually enjoyed it. They showed their fondness of it in many ways.

The motions that go into the habit of smoking are like many other habits, yet they are unique in many ways. It is a meticulous cycle. I say meticulous because everyone who partakes goes into certain synchronized motions that are repeated over and over again. The gestures are accompanied by unique and engaging facial and bodily expressions.

I think it is worthwhile to itemize the motions and expressions that indicate an inner feeling of satisfaction and a completely relaxed demeanor, after the exhaling of a cloud of smoke.

What is it that makes smoking so habitual and so universal?

There are many other so-called habits that we humans take part in and enjoy, such as eating, sleeping, walking, talking or listening to music. While they may be worthwhile to study here, too, they seem to lack the multifarious motions or related feelings and expressions displayed by those who smoke.

I often pondered then, as I do now, what it is that makes smoking such a long-standing habit, one that practically everyone, young and old, engages in with such gusto and abandon. The only answers that come to mind are machoism, and subsequently, addiction.

Men will always exhibit their macho identity, even while demonstrating the noble virtue of empathy toward women. Smoking is just the kind of habit to propagate the macho image. The motions, and bodily and facial expressions, simply add color to this identity.

Dramatically, the action begins with frisking, then pulling out a packet of cigarettes of no particular brand, from a right or left-hand shirt pocket or trouser side pocket. This motion is usually followed by a nonchalant expression to let everyone know you are manly and to leave onlookers asking, “What’s next?”

The next motion requires a lot of mental focus and coordination to execute properly: an abrupt but smooth whisking of a cigarette from its lodged position, and then a placing of it gingerly between the two fingers earmarked for holding the cigarette for a smoky inhalation.

Placing the cigarette between the lips is accompanied by a look that has quickly reverted from total focus, to the initial nonchalant expression. I say nonchalant because now the macho smoker is about to perform the final ritual of the motions—lighting the cigarette.

This is when all gazing eyes (according to the smoker’s point of view) turn their attention, and stare in amazement and wonder. Of course, everyone in the room may not have even noticed, but the smoker believes otherwise and convinces himself to think so.

Then comes the climax or anticlimax, depending on whether anyone has been looking. Regardless, the macho smoker considers it the zenith of the ritual. With another nonchalant and smooth upward motion of the hand holding the lighter or match, he lights his cigarette and inhales deeply. He then exhales as deeply, a cloud of smoke into empty space.

Our macho smoker is in a bar with part of its floor occupied by two billiard tables and a bar counter full of customers—all smoking. The packed room is reminiscent of a foggy night at the docks. But, alas, there is less breathing space in an atmosphere ready to choke rather than free the customers.

But, the customers are oblivious to it all. They don’t notice when the smoke becomes unbearably thick and searing, and sometimes blinds them and sends watery tears down their cheeks. They don’t notice the smoke of the other smokers, and they don’t smell the odor. They carry on without a care in the world.

How can this be, I ask you, when any other equally macho person would, upon entering, cover his eyes and mouth; close his eyes; and immediately dash out the door from which he entered, quickly departing from the premises?

The answer is swift and simple. It comes from a smoker who has since quit the habit and has at last enjoyed the sweet smell of flowers as well as food, drink and nature, in general. Everyone in that room is addicted to smoking, and to the cloud of smoke that drugs them silly and is inevitably followed by cancer.

The chemical make-up of the body is such that when it is injected with stimulant drugs such as burnt tobacco leaves, it tends to crave them more.

The cycle continues until the mind and body are totally possessed by the need for more and more nicotine, the ingredient which destroys the body cells. In time, the result is the development of cancerous tumors.

The prevalence of the disease prompted scientific research to identify the proper cure. Unfortunately, a cure is yet to be found. Despite the wealth of information published on smoking, and the alerts displayed on cigarette packets about the dangers of smoking, people continue to engage in macho smoking.

Surprise! Science hasn’t found a cure for cancer, but I personally found a cure for macho smoking: quit smoking altogether. I learned to quit smoking from a Sri Lankan friend who was once addicted to smoking, but succeeded in eliminating the craving. Whenever the craving to smoke came, he simply drank water and went for a run or played tennis. He told me I could do the same.

I followed his suggestion and asked my wife (who was a food vendor at the time) to buy me a one liter bottle of mineral water every day. Each time I craved smoking, I drank gulps of water and then played tennis, or went for a jog or long walk, so that the water could circulate through my system. For three months, I did this. In the end, I conquered the habit with sustained use of water, will power and exercise.

Thanks to my Sri Lankan friend, I quit smoking. I can’t stand the smell of smoke, and I feel very sorry for people who are traveling the path towards contracting cancer. So, I decided to help them and you by writing this post. I wish to help everyone see that macho smoking is only a delusion. The reality is that macho smoking is completely superficial and harmful!