The Rules of Disengagement & Why We Shouldn’t Break Up Like a Celebrity. 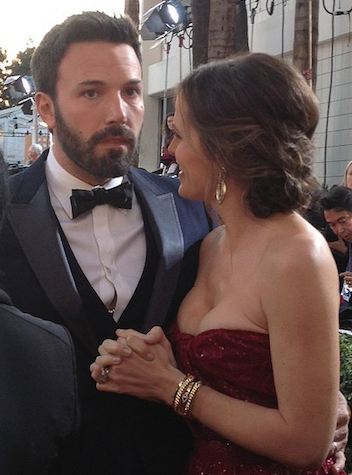 Many people express surprise when I share that had I continued on my original intended career path, I would be living in L.A. and working as a divorce attorney.

I came quite close. I was accepted to law school on two separate occasions, and I visited Southern California in the spring of my sophomore year and decided that I really liked it there.

Life had other plans and it never happened. Still, I was reminded of my past plans this week as I read that Gwen Stefani and Gavin Rossdale were among the newest crop of celebrities to announce that they were divorcing. This follows recent proclamations by Jennifer Garner and Ben Affleck, Miranda Lambert and Blake Shelton, and Reba McEntire and Narvel Blackstock that they, too, were ending their marriages. (Likewise, Jada Pinkett Smith and Will Smith, and Halle Berry and Gabriel Aubrey are also rumored to be calling quits, but those reports have not been confirmed by them or their representatives.)

While social media and blogs are abuzz with these high-profile breakups, I have noticed in my own little, non-celebrity world that many couples I know are also calling it quits. And like the above, many of them have been together for a decade or more.

Given the overall divorce rate, this shouldn’t come as a huge shock. After all, things happen, people change and not everyone is meant to be together forever.

However, one thing that does surprise me a bit is how these announcements are made today. In many cases, the parting parties to go out of their way to stress not only that there isn’t any animosity, but that the pair are still friends and there are no hard feelings. (Think of Gwyneth Paltrow and Chris Martin’s often-quoted “conscious uncoupling” or the friendly tweets between the aforementioned Lambert and Shelton just weeks after they split.) And despite the gossip and rumors of cheating that plague the newly single Ben Affleck, he and his soon-to-be ex took a trip to the Bahamas together with their kids in tow.

Like many things that happen in the world of celebrity and Hollywood, there is a spillover into real life. In the past year alone, I have seen similar announcements including vows to remain “good friends” with one’s ex on social media.

And while this is indefinitely preferable to former spouses declaring war on each other and trash-talking one another—especially if they share children together—this overly friendly trend seems just a tad too good to be true.

Despite what these happy former couples suggest, leaving a long-term partner is hard. It’s not just perfectly acceptable but actually good to mourn for a period and acknowledge the anger, sadness and other emotions that go with it. While there will always be exceptions to every rule, it takes most people awhile to get over the loss of a relationship, and it’s okay not to be okay or “doing great” in those very early stages.

While it’s great—and I would argue essential in some cases—to be civil with one’s ex on occasions when the two of you have to be together, it isn’t the same thing as being friends or hanging out with each other when it isn’t necessary.

Getting through a divorce is hard enough. Adding pressure on ourselves to end a relationship as perfectly as Gwyneth or the Joneses we “know” on social media is something we need not do, nor should we put on ourselves.

Besides, when I visited L.A., I learned first hand that things are not always what they seem. The top publicity people get paid good money for a reason, because illusion and perception is more often than not more important than the truth. In a recent piece, I wrote about how, thanks to the rise of social media, many ordinary people are becoming public figures within their own circles and are also creating a reality that may not have a lot in common with real life.

Lastly, it’s important to note that many public figures and a few private individuals only announce the end of their respective relationships once all the property has been divided, the paperwork has been signed and they have had months to process what has happened. Most likely, they went through periods of anger, grief, frustration and other emotions as well.

Therefore, in this day and age where celebrities are looked up and worshiped and even celebrity itself is seen as something worth striving for, this is one area not to emulate and expect a similar outcome.

Break-ups shouldn’t have to break us, and hopefully we will emerge stronger from the whole experience, but no one has a magical formula to make them easy or make the process go by any faster. Sometimes we have to take some time to linger on the past in order to move confidentially into the future.