To the Women who are Never “The One.” 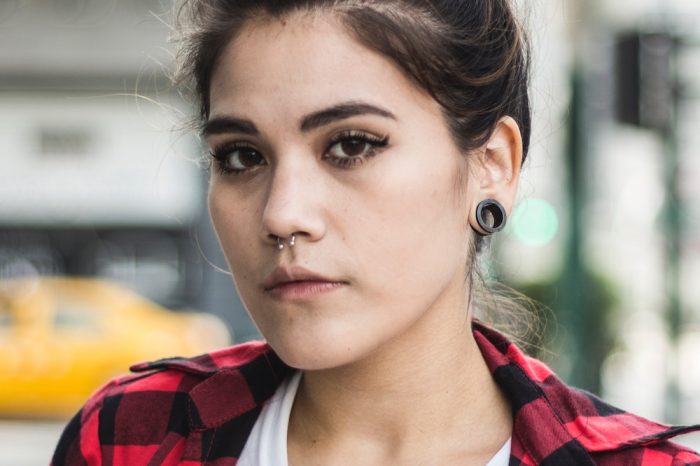 I know a lot of badass women.

I am privileged to be a thought partner to them as they courageously move just enough of their fear out of the way so that their intrinsic brilliance can come through and guide them to do great things.

These women are powerful. But somehow, many of them swear that they feel powerless to make their relationships work.

I began to notice a common thread in our conversations about relationships. Many of them expressed that they often feel the same haunting feeling when involved with a partner: “I’m not the woman he’ll end up with. I’m just not that kind of woman.”

I get chills every time I hear this because, until a couple of years ago, it was the exact feeling I’d had in every relationship of my life.

I had come to believe that there was something keeping me from tapping into a deeper level of relationship with men. I felt somehow unqualified. I felt like maybe I was just created differently and that I was meant to end up alone, because when it came down to it, men just never chose me. And honestly, these men never felt like “the one” to me either, no matter how much I wanted them to be.

The crazy part is that I didn’t see how much of this was my own doing.

When I complained that men never committed to me or that I always chose unavailable men, I didn’t see that I was the one who was unavailable. I was actually the one who kept us from going deeper.

As I began to do work in the areas of connection and vulnerability, I began to notice the ways that my strong, independent woman persona was keeping me disconnected from men. My need to be in control, to protect myself, was disrupting the balance between masculine and feminine. That was why my relationships never fully clicked in.

We live in a culture that makes it difficult and confusing to be authentically feminine, so the last thing I want to do is blame women for that. However, I know from experience that blaming men won’t address the root of the issue. This is about us.

I’ve worked with many women who have had the courage to challenge their own beliefs about feminine strength and independence. They’ve gotten vulnerable, asked for what they truly wanted, risked asking for too much or being too sensitive, and when they’ve done so, they’ve watched their relationships change before their eyes.

What follows are some of the most damaging beliefs strong independent women have. I point them out so that we can see them differently and hopefully our relationships will thrive as a result.

1. We believe our highest value is in being strong and independent.

We pride ourselves on not needing men.

To us, neediness and vulnerability are the worst quality we could ever show him. Yet, we don’t acknowledge that there is a deep longing within us to be cared for, to have him do things for us that we could easily do for ourselves. And when that longing goes unmet, we feel hurt that men don’t care for us the way they do for other women.

Because we don’t let them, men don’t feel like they’re able to make a contribution to our lives. They never get to be our hero.

2. We think we’re better for him than other women because we’re more “like a guy.”

We love guys and want to support them. We sympathize with their struggles and do our best not to burden them with our desires or expectations the way we think other women do. We strive to be low-maintenance and to act more like we think guys act (noncommittal, emotionally unavailable) because we think men want a girl who acts like them.

Think about it: When we do this, we’re not much different than the “nice guy” cliche who tries to earn the favors of women by catering to what he thinks we want from men. Of course, we all know that doesn’t work, and when we see him as nothing more than a friend, he feels slighted. He doesn’t understand why we’d forego a guy who caters to our every whim, instead choosing men who are masculine, edgy and grounded in their own desire.

When we act “like a guy” for him, we sacrifice asking for the kind of devotion we truly want. As a result, we end up feeling simultaneously judgemental and envious when men treat other women with a level of devotion we’ve never received.

And what’s even worse is that as a low-maintenance “guy’s girl,” we don’t genuinely challenge our guy to leave his comfort zone, so he doesn’t grow and evolve through being in relationship with us.

3. We see other women as manipulative.

We often see men as victims of sexual manipulation. We want no part in manipulating any man so we become hyper-alert in ensuring that no one could ever accuse us of using our sex or femininity to get special treatment.

But it’s easy to take this too far. We end up suppressing our femininity in order to make sure we aren’t too charming. We aim to impress men with our intellect and creativity but feel uncomfortable engaging him with our sexiness and flirtatiousness. And then we grow to resent and judge men who fall for flirty, feminine women instead of acknowledging that sexiness and flirtation is natural for men and women to enjoy and not necessarily an indication that anyone is being manipulated.

4. We think wanting a relationship makes us weak.

We equate expressing our desire with giving up our power, so we pretend to want less connection than we actually want and to love less than we truly love.

We’re conflicted because on one hand, it’s important to us that we’re okay without a relationship. On the other hand, we may truly want to have a deep connection with someone but find ourselves incapable of the vulnerability needed to cultivate such a relationship and unwilling to admit that we want it.

We’re afraid that revealing our desire makes us look weak so we never actually choose to take relationships deeper. We just settle for the relationship he wants. In order to retain our power, we actually become powerless.

We’ve been told we’re different, special, a force of nature. We wonder, then, why we are never the one. We feel used and under-appreciated. If we are in fact special, why would a man choose anyone else over us? We decide that maybe these men are just weak. Maybe they’re not up for the challenge. We feel betrayed, having been seen for the force of nature that we are and still abandoned.

But the thing we don’t see is that men want to choose us, only we don’t let them.

We are so afraid to let them in that when they knock on our door, we can’t hear it. We’re too busy playing it cool. We do this so we don’t have to show them how sensitive we are. We let them see our independence, but we don’t let them feel how much we need them. We never let them see the soft mushy soufflé beneath our solid exterior. Until finally, disheartened, they give up and eventually choose someone else who allows them to see all of her.

And all we see is that we are never anyone’s “The One.”

Why treating every Lover like they're The One changes Everything.
See relevant Elephant Video