3 Keys to Working With Fear & Unlocking Our Potential. 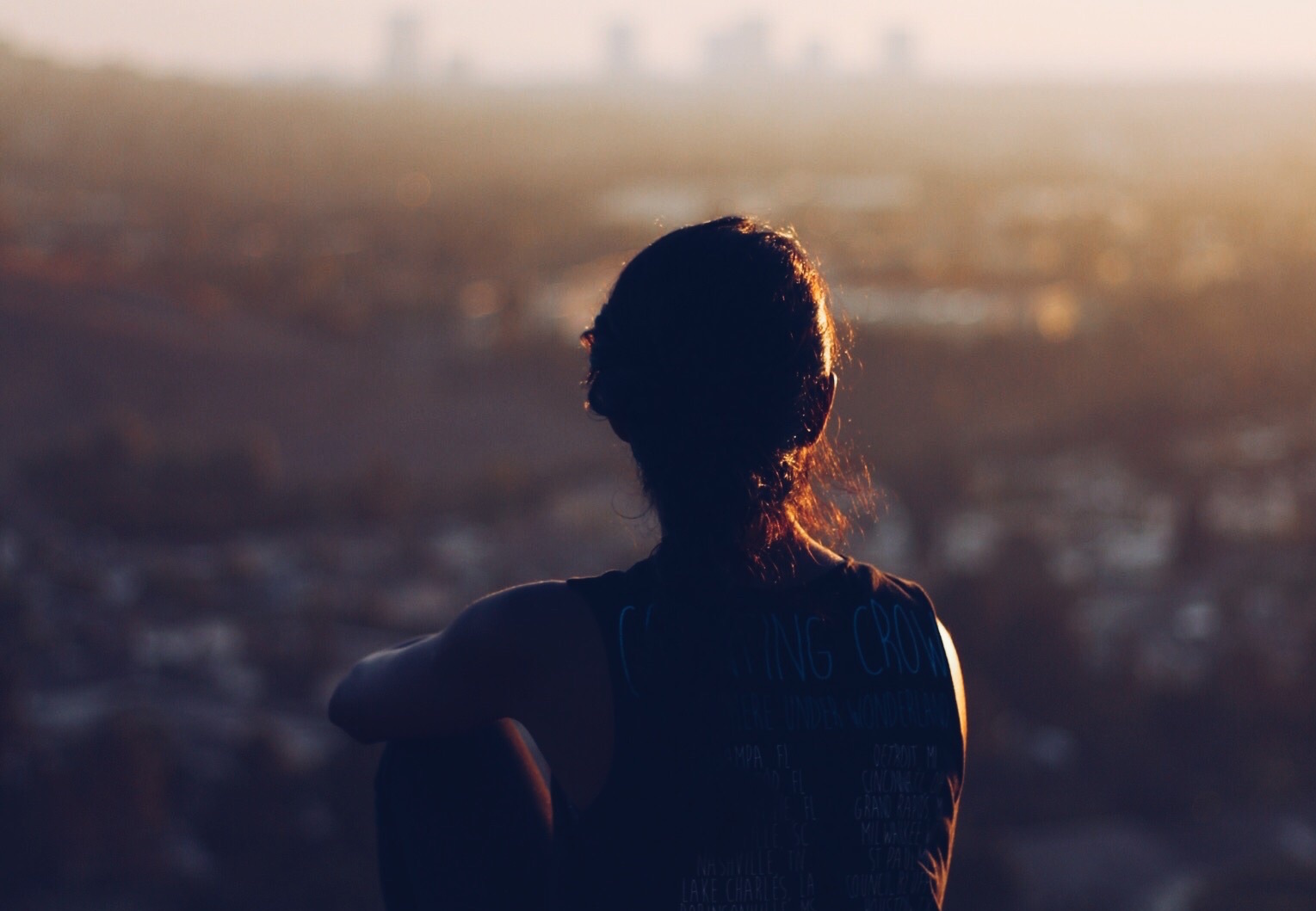 Most of us have learned to doubt our own potential in some way or another.

I grew up in a community of hippies and struggling artists.

I got the message early on that there was a choice to be made: either do what matters to me and struggle financially, or follow the script of selecting a well-paying major and plugging away at a nine to five for guaranteed security.

I spent my first 30 or so years following that script because I was so afraid if I did something meaningful with my life, I’d struggle the way my parents had.

I ignored my passions for years and it was excruciating.

I’d chosen a route I thought was safe, but I never actually succeeded in avoiding suffering. Instead I became a part of that statistic we often hear about: the 80 percent who are not happy with the work they do.

I felt trapped inside that life for years before I found the courage to do anything differently. In the end, it was a mounting, undeniable feeling of desperation that finally forced me to change.

Following the script had made me so miserable that even the dreaded life of poverty began to look attractive in comparison. After years of abandoning my passion, I was so desperate to live in alignment with it again that I was willing to make some sacrifices.

It was an important step for me but, looking back, I now see how trapped I still was in my limited thinking.

My belief that I could either have money or passion, but never both, continued to play out in my life for another couple years as I began building my practice as a life coach. My life had tons of meaning. I loved the work I did. And I was dead broke.

After a while I got desperate again and this time, rather than give up on my finances or my passion, I decided the thing I was going to change was my relationship to fear.

Here’s what I have discovered and now know beyond a doubt: It has never been a matter of whether I had the resources or the potential to do everything I dreamed of.

The real issue has always been whether I would succeed in navigating my fear well enough for my dreams to have a fighting chance.

In my work as a coach I see a lot of different people getting stuck in the same exact places.

The following are the three most important truths I try to instill in every client of mine who has decided to follow their dreams. Remembering these truths is crucial to making sure our fear doesn’t win out over everything we have the potential to be.

When our business, career or creative project isn’t going how we’d hoped, the first thing I ask is why we’re doing it.

The unsurprising truth we often uncover is that it’s fear in the driver’s seat, rather than passion or purpose. At some point, we’ve gotten scared and begun letting our fear be our “why.” Fear makes bad decisions—the sort that can cripple innovation, creativity and intelligent strategy. If fear is driving us, we’ve lost our inspiration.

The most important thing we can do is be inspired. We have to blow our own minds and then our inspiration transmits to others and they happily buy what we’re selling, support our project or hire us to work for them. If we’re not plugged into a really inspiring reason for why we do what we do, we will lose our shine. Everything we do will fall flat.

But losing our shine and falling flat doesn’t mean we aren’t good enough. It just means that we aren’t doing what we’re meant to be doing and, as a result, we’ve lost our inspiration. It probably means we’re actually meant to be doing something bigger and better.

The crazy trap most of us fall into is thinking that if we can’t even succeed at the crappy thing we’ve settled on doing, how could we possibly succeed at our big dreams?

Paradoxically, our big dreams might be the only force powerful enough to unlock our full potential.

2. To ride the waves, we must first make it past the breakers.

One of the most difficult things about surfing is paddling through the breakers. The breakers are the zone where the waves swell up, barrel and crash. Paddling against them is brutal. The waves pound into us, pushing us backward, but once we get through them, it’s easy. We can glide over unbroken waves effortlessly. All we’ve got to do is bob up and down peacefully on our board and wait for the wave we want to ride.

When it comes to realizing our potential, many of us quit at the breakers because we decide that we must have failed. We never make it past the point of struggle.

It’s not that we give up because we’re unwilling to try. It’s that so many great challenges and lessons are disguised as failures and we often reach a seemingly impenetrable wall of breaking waves right before we’re actually about to hit smooth seas.

If we let our struggle in the breakers define us as surfers, we’d give up before we even tried catching our first wave. We’d never even get a chance to try surfing.

In life, as in surfing, it’s crucial that we don’t take the breakers personally. They’re just a part of nature. They don’t mean anything about us or the thing we passionately want to do.

3. There is no failure, only feedback.

Probably the most common thing we forget (or never learn in the first place) is that most of what we think of as failure is actually just helpful feedback.

Not getting what we want is a failure only if there’s nothing more to be done. If there is something more we can do, we haven’t failed—we’ve just gotten valuable feedback that will better equip us to make well-honed choices going forward.

I make it a practice to never be attached to the fruits of my labor. Sometimes when I don’t know what to do, I do the first thing that comes to mind because doing anything is better than doing nothing. If it goes well, great. If not, at least I’ll have gained helpful feedback.

The key is not being attached to choosing the perfect course of action on the first try.

In writing, for example, I rarely know what my piece is going to be about when I begin but if I waited until I had the perfect idea to start, I’d never get started. So I write about whatever comes to mind and through that process—often a couple hundred words into some disjointed blog post—I always stumble upon my gem. Once I find that, I’m not attached to what I was writing before, only grateful to it for leading me to my actual inspiration.

What if we treated ourselves the same?

What if everything we’ve been through, screwed up, created and lost was all just necessary reconnaissance for our next thing?

What if the purpose of all those experiences is to unlock our potential, bit by bit?