Conscious Feminism from a Recovering Misogynist. 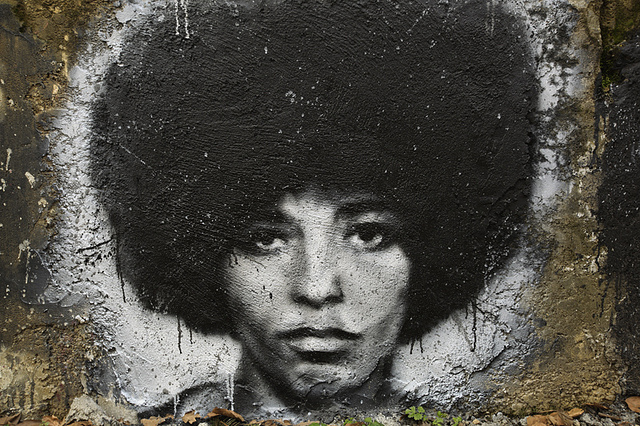 I was speaking with a male friend recently about a book I’ve been writing for a couple years.

It is a memoir about my marriage to a gay man, but it’s much more than that. I had a huge epiphany about the connection between my marriage and my relationships with other men from my past. This got me thinking about the collective feminine. I said the phrase, “degradation of the female spirit through the objectification of our bodies…” to him in that context.

His immediate reaction was one of defensiveness.

“Let me explain the other side,” he said, as if I had accused him of something. This got me thinking. Do all men bristle when this particular topic comes up? I needed answers!

I did a little poll on social media. I asked all of my friends and followers to weigh in on their personal reactions to certain words. The words I chose were: feminist, objectification and misogyny. I received reactions all over the map. While this was certainly not a scientific study, I did learn some things.

First, I learned that both men and women hear the word “feminist” with a negative connotation. I confess that as a woman, I have hesitated to identify myself as a “feminist” for that very reason. For some people this word is synonymous with lesbian, man hater, and anger. The actual definition of the word is: someone who is in support of the social, legal, political, and economic equality of the sexes. The word itself is gender neutral, meaning that people of any gender could be considered feminists.

Second, I learned that the word “objectification” puts men on the defensive in a big hurry. Just the word itself feels like an accusation. Women also have a negative, almost angry reaction to the word.

As a woman, I have experienced this in many ways—from both men and women. I now realize that the person who perpetuated this feeling in my life more than anyone else was me. That’s right. I have made myself feel like an object, by allowing others to disrespect me. The actual definition of the word is: to present as an object; especially of sight, touch, or other physical sense; to make objective; externalize.

Finally, and most surprisingly, I learned that people—male or female—in general do not know what the word “misogyny” means. Even without understanding the definition, they have the same negative reaction to it as to the other words in question.

Misogyny is the hatred, dislike, mistrust, or prejudice against women. As I woman, I can honestly say that I have been guilty of this as well. I have contributed to the societal perception of women in a negative way, and for that I apologize.

Without judgement, please consider for a moment the concept of conscious feminism.

We come by our misogyny honestly.

The first time I was ever personally degraded as a woman was during my childhood. I was raised by a chauvinist and a people pleaser. Witnessing the dysfunction in my parents’ marriage shaped the way I perceived male and female roles in the home and society. I watched my mother shrink into a shadow of herself to please my father. This created the same pattern in my relationships until I became aware of it and made the choice to change it.

As I have grown and become more empowered as a woman, I have become more aware of the ways that I have perpetuated the negative treatment of women everywhere. In my confession, there is a call to action.

As women, let’s join together in creating a more empowered female collective.

This begins with self-love.

Can we please try just a few little things to improve the perception of women in society?

Let’s stop treating ourselves as objects. This is achieved as we individually stop measuring our self-worth in pounds, inches, dress sizes, cup sizes, thigh circumference, and units of male attention. Let’s stop judging each other on these criteria. This is fat shaming, skinny shaming, slut shaming, and any other way that we tear other women down. Let’s celebrate our own personal uniqueness, as well as the uniqueness of every woman we encounter.

Please, I beg of you, can we stop the glorification of stupidity? If we want to be treated like more than the gorgeous curvaceous bodies we live in, let’s be more than that. Let’s show the world the beauty that is female intelligence, creativity, innovation, talent, and passion.

Let’s celebrate our own personal talents and strengths as we recognize those of other women as well.

Let us all join together and celebrate the divine feminine spirit. We are your mothers, your sisters, your daughters, your wives. Let’s stop looking at feminism in an “us against them” way, and begin to see it as a human issue.

Let every woman begin to love the skin she is in—every size, shape, and color, while knowing deep in her heart that her physical beauty is the least of her contributions to this world. Let us end the destructive cycles of misogyny in our own lives to create a more positive world for our daughters to be women in.

But I’m a Feminist! {How I Realized I’m a Secret Sexist Pig.}