How Ditching the Family SUV Woke Me Up to a Better Life. 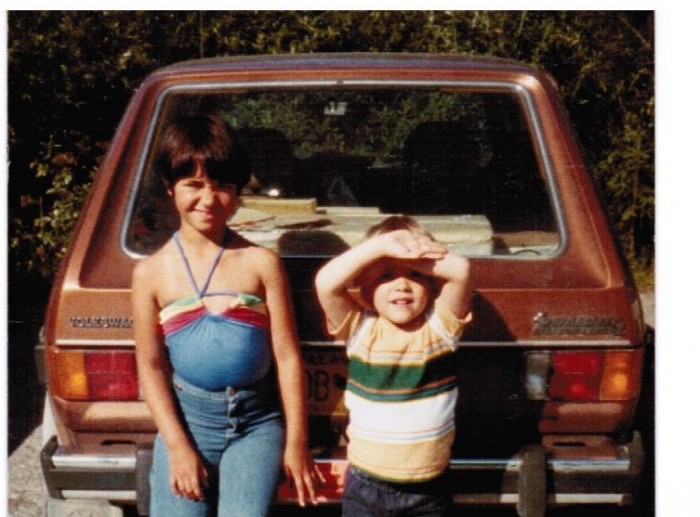 Once upon a time, I dreamt of a simple life.

I’d have a little house with a little garden, a love, and maybe a kid or two. I’d have time to write and walk and sip fresh, minty tea. It would be a simple, good life.

What happened to that vision of simplicity?

The early years of parenting were dream-like—and sometimes, devoid of sleep or alone time, a near-nightmare. I often felt submerged, battling to stay afloat, struggling to breathe. Once in awhile, I’d ponder the simple life I’d wanted, and wondered how I’d let myself stray from it.

But looking around, many of our peers were doing the same thing—buying roomier homes and more spacious vehicles. Part of me found comfort in this; for instance, the SUV I felt uncomfortable driving seemed like part of my uniform, along with maybe some mom jeans and a smooth, well-tamed bob haircut.

True, I often found it hard to squeeze it a parking space at the grocery store. And getting in and out of our garage, built in the 80s when cars were smaller, was treacherous. Also, as our kids grew out of their infant car seats, the generous square footage of the vehicle seemed to leave more room for crumbs, crappy plastic toys from birthday parties, and the occasional stiff cheese stick found lurking in the crevasses of a car seat.

Recently, after returning to some websites on finances and voluntary simplicity, I began rethinking my need for a giant car.

Maybe I could get something smaller. Something with better mileage, something that would tread more lightly on the earth.

Maybe an SUV wasn’t a necessary part of family life.

But as soon as I began pondering making the leap, doubts crept in. Didn’t we need the space? What about when my kids are older and I’m driving their friends around? And what about safety—everyone else is driving big cars, don’t I need one to protect us from them?

It’s funny how strong the power of assumption can be. Last week, I noticed two of our three neighbors had put their trash and recycling out. Shit! I thought. I scrambled into the house and furiously drug the bins and can out to the edge of our lawn. It wasn’t until later in the afternoon that I realized it was Wednesday—and our trash day is Thursday. But simply seeing that two of the houses on our street had their trash out overrode my logic and sense of time. Without even checking, I made the assumption that it was somehow Thursday, and I’d almost missed the trash and recycling trucks.

Maybe it was time to start diving deeper into my assumptions.

It turns out I only needed to look back to my own childhood to realize how very little space a family needs. When my brother and I were the age my kids are now, my mom drove a VW Rabbit.

As far as safety goes? We didn’t even have car seats back then, and often got the thrill of riding in the back of my dad’s pickup truck. The fact that my kids ride in the inside of my car, in car seats, in a vehicle with airbags, puts them far ahead of where I was in the 80’s.

The thought of not being able to drive my kids’ future friends around still bothered me. But I also knew that we could cross that bridge if and when we came to it. It seemed silly to keep a car I didn’t like for some blurry, occasional future scenario.

After a week of pondering, looking at cars online, and several discussions with my husband, we traded my car in for a Prius V.

Besides saving on gas, we ended up getting a check back from the dealership for the difference between the Highlander and the Prius. The new (to us) car has plenty of room for our family, and I can now easily slide into a parking space at the grocery store.

I love my new car, and learning to optimize its mileage is like playing a really fun video game.

Shifting my assumptions about what my family needs is thrilling. So is realizing we can get by on less than we think we can, no matter what everyone around us is doing.

Maybe it’s not too late to find that simple life I once daydreamed about.

I Want to Time Travel With You.