How to Stop Negative People from Overloading our Nervous Systems. Surrounding ourselves with negative people literally makes us more stupid.

Listening to a negative person for just 30 minutes peels away neurons in our hippocampus, the part of our brain that’s responsible for problem-solving. Negative people overload our nervous system, cause brain damage, and make it harder for us to make decisions.

A study reported in The Journal of Neuroscience shows that this neuron-peeling effect is caused by glucocorticoids released from adrenal glands during the stress of dealing with negativity.

Listening to negative people causes stress for another reason too. We can’t listen to and understand two people talking at the same time. It’s impossible. Sure, we can listen to them talk simultaneously. But we’ll never completely understand everything both people are saying.

You might be thinking that you could totally listen to two people at the same time. But you’re wrong. The reason you think you can listen to and understand two people talking at the same time is because you almost can. Listening to someone speak requires your nervous system to process about 60 bits of information per second. But 60 bits is more than half of the total number of bits your brain can process at any one time.

In the book, Flow: The Psychology of the Optimal Experience, Dr. Csikszentmihalyi explains how the human nervous system is incapable of processing more than 110 bits of information per second.

Too much. Cannot compute.

Imagine you have a difficult decision to make. You have two options and one person is telling you to choose option A while the other person is telling you to choose option B. Uh oh. You’re in trouble. These two people’s opinions are going to play over and over in your mind. You’re going to be in the middle of two simultaneous, opinion-based conversations. Now, imagine these opinions are coming from negative people. Melt down. Sleepless nights.

Your nervous system cannot easily entertain numerous opinions at once, especially numerous options from negative people. The burden is too great. It takes extreme mental effort. Yet, most people spend their entire lives entertaining the unsolicited opinions of negative friends, family members, coworkers and even strangers. They let other people’s voices play in their heads all day long.

Then these same people wonder why they’re always stressed out and exhausted. They wonder why they can never make up their minds about anything. These people would be better off ignoring everyone and just listening to the one opinion that matters most—their own.

The line between negativity and critical thinking is not thin. It’s thick. Externalizing your thoughts is healthy. Difficult discussions are healthy. But there’s a clear difference between discussing a situation and making a situation worse.

Negative people go into a discussions looking to find problems and stay focused on them. Positive people go into discussions looking to find problems and solve them. Give your nervous system a break. Eliminate negative, problem-focused people from your life. Make room for positive, solution-focused people instead.

2. Prioritize people based on their actions.

Your life isn’t a charity or a circus. You weren’t put on this Earth to freely give away your attention to people and things who give you nothing in return but pain. You weren’t put here to engage in meaningless drama for no reason. If you want to achieve anything great in life, you need to be deliberate with who you give your attention to. This is especially true when you’re seeking advice.

3. Only give people two chances.

Two chances. That’s all you should give people. The first time they treat you poorly, let it slide. Maybe you misunderstood them. Maybe they were just in a bad mood. The second time they do it, sit down and have an authentic, one-on-one conversation. Offer up your shortcomings in the situation first. Show the other person you really want to improve the relationship. If you’ve made a real effort (only you will know if you have) and the door gets slammed in your face over and over again, it’s time to step away.

Some people are just negative and will never like you. When you come across these people, drop them cold. Stop wasting your valuable attention on negative people who only distract you and drag you down. Instead, get surgical. Cut them out with no strings attached, and take back your focus. Actively eliminate problem-focused people and make room for solution-focused people instead.

Prioritize the people in your life based on their actions—be deliberate about who you give your attention to. The health of your nervous system depends on it. 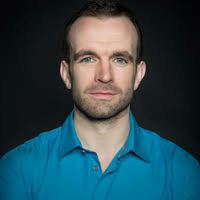