Teachings of the Divine Feminine to get us through Difficult Circumstances. 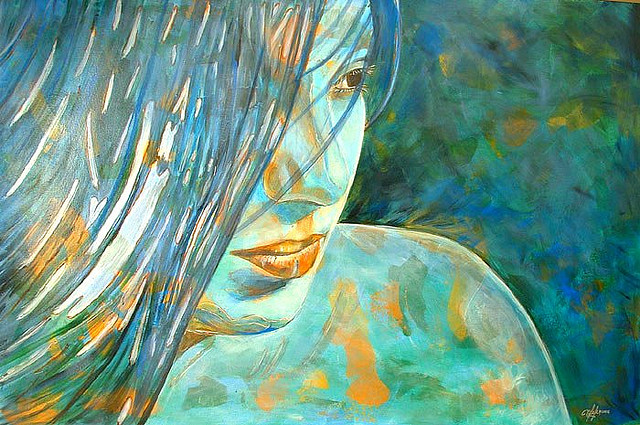 It is midnight and Gopal and I are walking back to the little temple in which we sleep.

We have spent a long day in a temple of Kali, praying, meditating and lighting oil lamps as offerings. We are devotees of Shakti, the divine feminine energy that is present in all things.

Because we live without money, we haven’t eaten all day. My stomach growls. I peer into the windows of all the temples we pass, hoping one of them is giving food, even though I know they aren’t open at this time of night.

When we arrive at the temple that is our home, Gopal claps his large hands and grins, shining with devotion. “Look,” he says, gesturing to the altar. At the feet of the statue of Kali sits a banana. He turns his eyes upward in prayer, beaming. “You see?” he says, turning to me. “Mother is always taking care of us!”

Lesson One: Everything is a Gift From Shakti

Even when we buy our own food, it is still made by the earth, our mother. From the perspective of a devotee, everything is a gift. The money we make comes to us through grace. Our work is only a small part of the massive web that must exist for us to survive. Even if we have a house, a car, a family—all of it is eventually traceable to events beyond our control.

To see everything as a gift that comes and goes according to powers beyond our control has a deeply humbling effect. It allows us to engage our relationships and possessions with a sense of gratitude instead of ownership. It frees us from the worry and drive of trying to force our way into getting what we want or need, and we allow ourselves the contentment of being exactly where we are.

What may be harder to accept is that things that upset us are also gifts. The hunger I experienced that day was a gift that taught me about the fragility of life, and helped me experience gratitude for being alive. It helped me learn compassion for those living without food.

I once pointed out that the holy river Ganga was full of garbage. A teacher said “This is true. But look around you. Do you see all of these people? They are using this water as sacred medicine. Because Mother Ganga accepts all that is given to her, she transforms the garbage into pure love.”

Acceptance isn’t as difficult as it sounds. When it’s talked about, it sounds like doing something. Really, acceptance isn’t “doing” at all, it is simply allowing. That is, when anger comes up, we don’t have to get into the acceptance truck and haul anger to a place where it will feel better. We just watch the anger. The watching itself is the acceptance of it. And when we notice judgment of the anger, we watch that too, without hooking into it, believing in it, or trying to push it away.

Of course the hardest thing to do is accept ourselves. It is difficult for us to embrace the feeling of being held in unconditional love, because we rarely feel we deserve it. Yet, try wading into a river. Do you find any judgment in her as you step into her waters? Does she reject you, or does she embrace you? After all, a teacher once told me, “We exist. Isn’t that validation in itself?”

Lesson Three: Every Woman is Shakti (and Every Man is Shiva)

Gopal addressed women in two ways. One was “Devi,” meaning Goddess. The other was “Mataji,” which in this context means “Divine Mother.” This use of language was more than a formality, it expressed his devotion to Shakti in all forms. “Every woman is an incarnation of the Goddess,” He said. “Sometimes she hides behind a mask of ego, and sometimes she shows herself as she truly is. But that doesn’t change a thing—always, she is divine.”

As part of the same tradition, every man is seen as an incarnation of Shiva, or divine masculine energy. Seeing the divine in any one thing naturally leads to seeing it in everything. Thus we begin to see the divine in all beings, including ourselves. “We must remember, though, “ Gopal said, “that we are all children of the Goddess.”

Gopal carried the thread of these lessons with him every day, weaving a tapestry of wisdom and service for all those he came across. As I lived with him, I began to see the true consequences of living a life steeped in devotion to Shakti. Seeing everything as a divine gift nurtures a gratitude for pure existence that cannot be taken away, even by the most difficult circumstances. Accepting in the spirit of the Divine Mother brings us again and again into the present moment, and engenders compassion for ourselves and others. Seeing everyone as divine, we feel a deep kinship with every being we come across.

As a result, we cease to take things so seriously and instead see life in the spirit of divine play. This was evident in Gopal’s child-like joy while singing devotional songs. Yet, I could also see the earnestness and humility in his face as he served food to whoever entered the temple.

What would happen, I wonder, if we all lived these lessons? 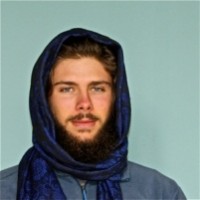