The Drowned Bodies of Children are Washing Up on Shore. 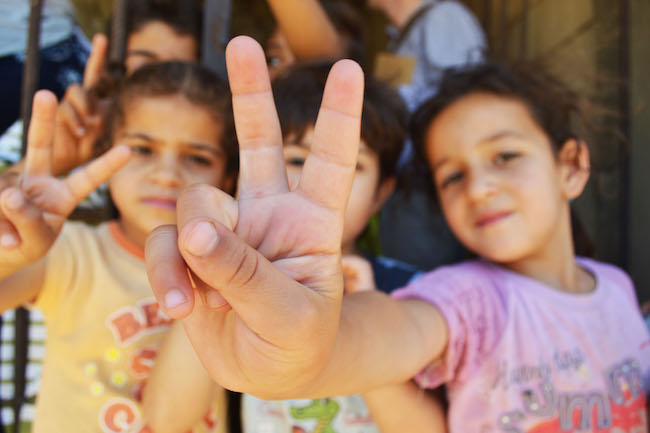 What do we do when we are confronted with images of the bodies of drowned children?

They’re graphic, they’re horrific. Do we look because they have shock value and we’ll finally understand the meaning behind the rather benign words “bodies of drowned migrants washed up on shore”? Or do we look away because we are filled with despair and grief?

Fear-mongering propaganda has filtered the emotions we might feel reading those words. As a person of color growing up in England, I heard a lot of it and worse. And later I heard family and friends of color saying it about the next wave of immigrants: they’re trying to steal our jobs and live off taxpayers’ money, and they won’t speak English and integrate.

It’s easy to react to the fear of finite resources. At times of austerity and ignorance, people aren’t interested in considering how history shapes the present; it’s easier to blame the scapegoat du jour. They don’t have enough (money, peace, food or land) so they are coming to take from us.

When I was a child, my understanding of third world countries was that they were dirty and poor. Since these countries were mostly filled with brown-skinned people, I believed that brown-skinned people must be subservient, less intelligent and dirtier than Caucasians, and colonialists went there to bring order—hence the turmoil and collapse of so many countries when they won independence. Classic case of internalized oppression.

Years later, when I studied social justice, I realized that we were not inferior at all. Colonialization was about the plundering of resources. When independence came, the carving up of old colonial lands into new countries with scant regard to tribal and religious affiliation, as well as forced trade agreements guaranteeing booty to foreign powers, made this mess. And the mess continues today as corporations guide foreign policy to maintain access to oil, land, minerals, and the wars that are fought over who gets what.

I sign some petitions, I donate to charities. Yet I know that if those were my babies, I would storm the gates of the powers that be demanding change, demanding compassion, demanding humanity. Yet they are not my babies, so I carry on. I accept with hopeless resignation that children are dying, that people are dying, and the world deems some people more worthy of life than others.

It is hard to live knowing that as a species, we are blind to the sacredness of life. I vacillate between anger, despair and hopelessness as I learn more of the atrocities in the world. It is not sustainable to live like that.

And so, I consider a third way—not reactionary anger or despair, but compassion. When I think of compassion, I remember a story I once read about an elephant who had fallen into a deep hole. There was no way out. Imagine passing the hole and seeing the wounded elephant. What would you do? There is no one to turn to, no ropes, no food, just an elephant who will soon die of its wounds and starvation.

The narrator suggested that the most compassionate act a person could do would be to sit by the hole, be present with the elephant and witness its pain. This was compassion. There was an outpouring of outraged responses in the comments section, mostly along the lines of: “What? Do nothing but sit there? Go find help, do something!” It pains me to think of sitting there, doing nothing. And yet in this particular scenario, running off for impossible help would have left the elephant to die alone. It’s an analogy, of course. Sometimes there is pain in the world and however much we hate it, we can’t make it go away. There are some narratives we cannot change.

We can respond with anger or despair, but what is compassion? When we experience pain, it is rarely helpful for friends to explain our pain away, assure us it will go away soon or even find solutions. Those solutions might not work for us. And when friends are angry or despairing on our behalf, it’s easy to feel that we have to look after them. The etymological roots of compassion are with pain. A compassionate witness to pain is powerful. It can lead to our being heard, understanding the problem in new ways and finding a way forward that may not have emerged otherwise. Yet within ourselves, we often have little familiarity with self-compassion even. What does it feel like to enter our pain, to feel it, to be present with it? Not to make it go away but because pain needs to be felt—otherwise it will wreak havoc somewhere else.

So maybe compassion is the way forward. I don’t want to be an angry reactionary, or to sink into despair, or to turn and present myself as a bland, emotionally-dead wall that responds only with my brain. I don’t want to deny my pain as I focus on the pain of another. It’s time for a better way—an integration of all my feelings, my brain and heart too. Radical compassion.

First comes presence—with my own experience of what it means to witness the suffering of another. To feel the hopelessness, fear and resignation, and my own perceived powerlessness. I feel my anger too. I’m angry at ignoramuses who just care about themselves, who refuse to see the larger picture of our own complicity. I’m angry at politicians who bend to money and power. I mourn with a bleeding heart that in the history of humanity, there has been so little humanity and so much pain and suffering. I hold as much as I can knowing I hold so very little. It’s scary to go to these deep, dark places as we fear losing ourselves in our feelings and never finding the way out. Yet there is an organic healing that comes with presence.

There are many layers of compassion before we even begin to feel compassion for the drowned children and their parents. We can stay in a place of blame towards all those who turn away or we can extend our compassion to their fear and their stories of “the other.” This might feel like an indulgence but compassion is not a concession; it is a natural state of the human condition which leads to understanding and dialogue. Then we have compassion for all those who have suffered. Those photos are an invitation to compassion and empathy, to feel the pain of the other and realize we are all one.

I mourn that there is so much pain and suffering in the world. I mourn how we persist on a path of self-destruction when I long for a better way for the next generation. From mourning I get in touch with what I long for. An appreciation for the sacredness of life. I let that energy suffuse my being so I can create the conditions for change to occur. And I live from that place. It’s a channeling of divine energy that is so much bigger than me. Miracles happen when we shift from blame and anger, not by denial of anything in the present moment, but by feeling it all, and living our lives as portals of a sacred life energy.

I imagine a revolution of compassion where we collectively feel our own pain and the pain of the world. From the pain, we heal and we invite others to healing, and from that place of wholeness we imagine another way.

How to Remain Present & Engage with Compassion in the face of the On-Going Struggle. 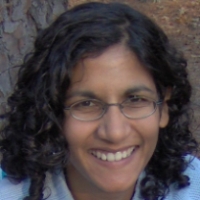