An Open Letter to Planned Parenthood. 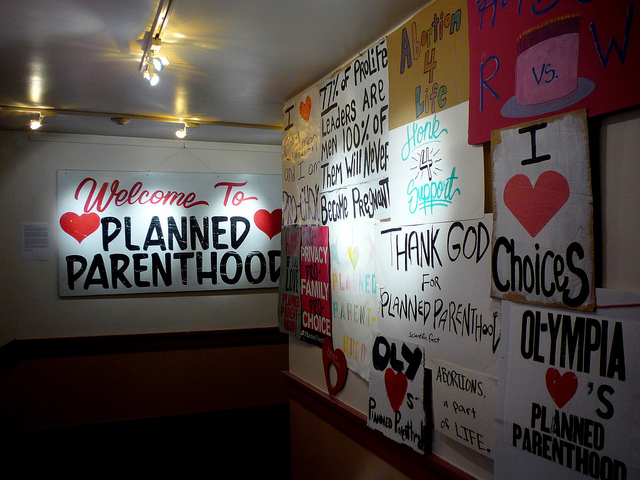 Since I have no money or power—which seem to be what one needs to affect change in our country—all I have to offer are my words.

You have come under attack recently, through the usual circus that surrounds matters of women’s reproductive health in America. Watching footage of the recent Planned Parenthood Congressional hearing made me angry because you are a friend to me and many others who have come to rely on you as a safe space to receive necessary healthcare.

Thank you for listening when I came in scared and vulnerable after dealing with a series of irresponsible doctors.

Before you, I had a physician who disclosed a random patients’ HIV status to me for the sake of conversation. He treated the man’s status as gossip, telling me his first and last names in an almost joking tone. The same man would later tell me that the trick to avoid bladder infections is to position myself on top during sex.

He gave me that advice with a wink.

It felt like he was telling me that the only control I could have over my body had to do with how I positioned it sexually.

A year later, I had an irregular pap and was told that I would need surgery. My insurance network threw a dart at a women’s clinic on the far north side of Chicago. There, the doctor spent 70% of my consultation complaining about the expenses of running a private clinic, even moving himself to tears while defending the high prices of his treatments.

The woes were spurned on by my honest reveal that I couldn’t afford his services. After believing he was my only option and allowing him to scrape my cervix with a sharp object, I began to research healthcare alternatives.

I found Planned Parenthood through the suggestion of my best friend. At my first appointment, a sign on the door asked me to wait out in the hall until the person in front of me had finished checking in. There was something really touching about that. You realized that people’s private reproductive concerns should be just that—between a patient and the caregiver.

I felt something there that I hadn’t in all my time as a woman receiving gynecological care: safe and protected. The days of doctors yelling my test results through paper-thin walls to the office manager in the next room appeared to be over.

Thank you for understanding that my body is not a hood to check under while ticking the routine boxes. I don’t have a pelvic exam because it’s so fun and relaxing. It’s an extremely invasive and intimate procedure. I have them because I know when my body is out of tune.

Thank you for recognizing with each exam, that there is a person full of nerve endings at the other side of your fingertips, not a cement wall you can poke and prod with abandon. Thank you for warning me when things are going to get extra uncomfortable and apologizing when you inadvertently cause me pain.

Thank you for listening thoughtfully to each question I had and for having the emotional intelligence to intuit that there were things I wasn’t asking. I found it hard to trust another doctor but you waited patiently for me to have the courage to ask for what I really needed.

You empowered me to not accept anything less than the type of care you provided.

You encouraged me to fight for my health.

You offered me birth control and condoms because we are all adults who understand that sex is a normal part of life. You’re just trying to make sure it’s also a healthy part.

Thank you for employing a male nurse so that I could be reminded that male healthcare providers care about my health. And of course, for being gracious when I can never, ever remember the date of my last menstrual period. Am I alone on that one?

Thanks for asking if anyone was pressuring me to have sex or hurting me in any way. When you asked, I thought of how many women come to you frightened, alone and out of options. And how I myself have felt that way as well.

I have never been in the situation where I’ve needed abortion services, though if I ever did, I would come to you. I share that thought in this letter because I stand in support with the services you provide. Not everyone has to agree, but I do believe it is not sensible to debate this topic on a federal level when the decision is so personal and private.

Watching Cecile Richards get blocked from speaking at her own hearing was ridiculous to say the least. I am embarrassed to live in a country whose leadership behaves the way some members of Congress did during that hearing. Your staff deserves better than that.

Thank you for understanding this simple and fundamental truth: women have sex.

So do men. So do people who don’t identify themselves by a gender.

And a lot of us really like it. Pretending it isn’t happening doesn’t mean it’s not happening and you get that.

You reflect the reality of the world we live in, not the petticoat-wearing, pearl-clutching world that some people in positions of power seem to think we should live in.

I can’t change that but I can offer you my support and complete loyalty as long as I’m around.

You gave me free healthcare. Free. I will never forget what that meant to me.

When I was worried that an abnormality on a test was cancer, you not only ruled it out, you educated me on reproductive cancer. For free. I get tears in my eyes thinking about the relief I felt on several levels that day. Every time since, I have left your offices with the knowledge that I am being as proactive as I can with regard to my health.

You diagnosed my best friend with ovarian cancer. Your work saved her life.

How can “thank you” be enough?

There is no substitute for the work you do and the care you have provided me and countless others over the years.

I thank you sincerely for proving to me that someone cares about the health of women in our country. And I wish you a lifetime of support in all the positive work you do. 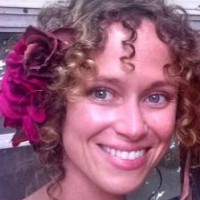