Being Bisexual Doesn’t Mean I’m This. 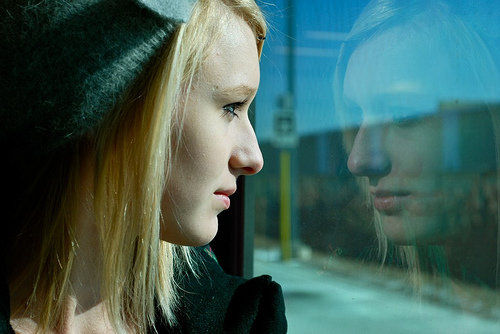 “Accept yourself as you are. And that is the most difficult thing in the world, because it goes against your training, education, your culture.” ~ Osho

Some years ago, when I was making my first attempts at coming out as bisexual, I had an honest conversation with several friends about my lifestyle.

I don’t expect anyone to agree with how I live, nor do I need them to validate my choices. But I do believe in being real.

My reason behind coming out was always based on a deep desire to live as authentically as possible. I am responsible for my own integrity, not the reactions of others towards it.

I’ve never been able to forget, however, a particular comment that being attracted to a person of the same sex is a form of narcissism. It threw me then because this was not a homophobic person to my knowledge, and I simply did not see that kind of allegory coming from someone whom I considered broad-minded.

I’m writing about it now because I realized the other day that there were several lessons in that conversation for me.

Lesson One: Never underestimate the power of your words.

In which way did the commentator mean that being gay is narcissistic? The Wikipedia definition of narcissism offers some insight:

“Narcissism is the pursuit of gratification from vanity or egotistic admiration of one’s own attributes. The term originated from Greek mythology, where the young Narcissus fell in love with his own image reflected in a pool of water. Except in the sense of primary narcissism or healthy self-love, narcissism is usually considered a problem in a person’s or group’s relationships with self and others. ~ Wiki

To extrapolate from this definition, what the person was saying to me was that gay love is a love or sexual orientation that thrives on being so in love with one’s own image that one would then be attracted to someone who reflected that image back.

It was being dismissed as somewhat shallow in nature.

I didn’t agree then and do not agree now.

Lesson Two: When someone offers an opinion, allow it to settle and digest the information. Throw away anything that sounds like crap.

“Discover yourself, otherwise you have to depend on other people’s opinions who don’t know themselves” ~ Osho

In general, I love discussion and hearing a variety of opinions on any subject matter. I love learning from others. I keep in mind that opinion is not fact. It might be fodder for an insightful conversation and further, but it’s healthy to disagree.

Society learns from the honest exchange of ideas. It’s difficult to not become dogmatic in our ideas, and I suppose I am myself being dogmatic in this moment when I say that being gay or bisexual is not what I consider a narcissistic trait.

Attraction is emblazoned on our genetic code. We are who we are, born to love and experience life in a variety of ways. I was born with an attraction to both sexes. It’s as part of me as my nose.

I’ve been bisexual since the sperm met the egg.

Like my fingerprint, unique and in-erasable, my sexual orientation is not based on self-admiration but rather the instinctual impulse of my being-ness.

I didn’t get the feeling that the comment meant the healthy self-love, the insinuation was an aberration of self-love. And that insinuates that there is something wrong with same sex love. I suppose that this is the part I have been processing…deciding on whether or not there was any grain of truth in the statement.

Maybe it was the empath in me is the one who resented being compared to a narcissist.

Lesson Three: There will always be a misunderstanding about what gay love is. The trick is to not misunderstand oneself. Know who you are and live it.

Truth is not something outside to be discovered, it is something inside to be realized. ~ Osho

I’ve given up trying to be understood. The more I learn about myself I realize that being understood is striving for something outside of myself, when I know that everything I need is within.

When I look in a mirror, that proverbial pool into which Narcissus gazed, I am pleased with what I see.

Reflecting on myself and my sexual nature, I dare to say that love is love.

My biggest takeaway from that long a go conversation has been that I am delighted to be who I am, no matter the perceptions of other people. Were I heterosexual, asexual, gay or anything in between I would still not be anything that needs explaining or fixing.

7 Reasons Why All Gay (& Lesbian & Bisexual & Transgender & Queer) People Should Convert to Buddhism. Like, Right Now.

A Trigender Panromantic Bisexual Teen Walks Into My Office.