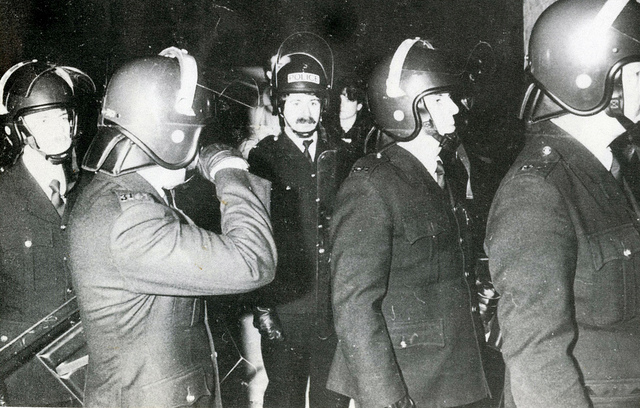 When I was reading The New Jim Crow: Mass Incarceration in the Age of Colorblindness during a month-long trip in southern India—on Ohm beach, no less, over Italian coffee and Nutella-banana crepes (oh, the irony)—I was reminded of my first trip to India 15 years before as a volunteer worker, when I saw The Matrix in a theatre for the first time.

All my friends in the States had been telling me that this was my movie— and they were right. Maybe six or seven times I took a rickety, chaotic, green aluminum can-of-a-bus (holes in the floor for seeing the highway passing underneath) from a village in Rajasthan to see The Matrix in a New Delhi movieplex. The trip took two hours both ways, but I was ecstatically, irreversibly hooked on what became my favorite movie of all time, along with Stanley Kubrick’s, 2001: A Space Odyssey.

About a third of the way through The New Jim Crow, I told a dear brother also vacationing with me, “This reminds of when I first saw The Matrix in India, 15 years ago…” and I told him the story of my many bus rides to New Delhi, and how The Matrix had atomized me from the inside out. Now The New Jim Crow was blasting me so completely that, like watching The Matrix for the first time, I was becoming overwhelmed with the Truth of what I was reading and I was starting to feel disoriented.

The tactics of Conservative White Supremacy in America are leapfrogging through time.

They’ve re-incarnated from slavery to Jim Crow to The New Jim Crow, which is mass incarceration of millions of brown and black people, particularly brown and black men, otherwise known as criminals, whose rights are thereafter legally stripped away by the U.S. Criminal Justice System. The result is making these souls permanent members of a racial undercaste, felons henceforth discriminated against in housing, employment, educational opportunities, voting, jury service, food stamps and other public benefits, so that successful re-entry into mainstream society becomes impossible.

That’s right, we’re talking about the creation of a racial undercaste by the the legislative, judicial and Penal Triumverate of the United States, a complete system of racialized control unparalleled in world history.

Author Michelle Alexander’s breakdown of Supreme Court decisions regarding race is astounding. How the highest court in the land has made it literally impossible for defendants to prove that they’ve been prejudiced against on the basis of race.

Which is to say nothing of the school-to-prison pipeline, nor the corporatization of the prison industry complex and its collusion with government policy and legislation.

Privilege just doesn’t throw up its hands and go softly, quietly into the dying of the light.

Not after a few centuries of power.

So you give it 15 years or so. That’s literally how long it took. Start a campaign, a War on Drugs. Sell it to the American people via Ronald Reagan in 1982, a full three years before crack hit the streets. Don’t call the black man a black man, find a way to call him a criminal instead. Turn him into a felon and you’ve found yourself a way to put millions of brown and black people behind bars and with a criminal record, effectively marginalizing them so completely that you’ve eliminated them from society altogether. Millions, my friends: millions on probation or parole or in prison, millions under constant surveillance, millions under constant control.

Let me repeat the question: Does this tactic of control sound familiar to you?

Have you seen it before.

Can you hear the rattling of chains.

A black minister in Waterloo, Mississippi, explained his outrage at the fate that has befallen African Americans in the post-civil rights era. “It’s a hustle,” he said angrily. “ ‘Felon’ is the new N-word. They don’t have to call you a nigger anymore. They just say you’re a felon. In every ghetto you see alarming numbers of young men with felony convictions. Once you have that felony stamp, your hope for employment, for any kind of integration into society, it begins to fade out. Today’s lynching is a felony charge. Today’s lynching is incarceration. Today’s lynch mobs are professionals. They have a badge; they have a law degree. A felony is a modern way of saying, ‘I’m going to hang you up and burn you.’ Once you get that F, you’re on fire.”

Alexander: “In the era of colorblindness, it is no longer permissible to hate blacks, but we can hate criminals. Indeed, we are encouraged to do so. As writer John Edgar Wideman points out, ‘It’s respectable to tar and feather criminals, to advocate locking them up and throwing away the key. It’s not racist to be against crime, even though the archetypal criminal in the media and the public imagination almost always wears Willie Horton’s face.’ ”

A form of nation-wide surveillance and control based on race.

Just check the box, “Have you been convicted of a felony?”

The New Jim Crow sounds insane. Harebrained. It sounds like a conspiracy theory from the lunatic fringe. People who speak like this are fanatics. But read Michelle Alexander’s book. She’s a civil rights attorney who takes you through the steps of the argument, building her case through heaps of historical data, statistics and analysis. It’s staggering. You will be stunned. Paralyzed by the Neurotoxin of a New Reality.

Two-thirds through The New Jim Crow I was completely disoriented. What I was reading was impossible. It couldn’t be happening. Yet, I knew it was… And I know it is.

I turned to my same soul-bro and told him, “This more than reminds me of The Matrix… I actually feel like I’m Neo emerging from the Matrix for the first time.”

Can you imagine what it would be like today in this country if millions of black and brown women and men had not been rounded up in just a few decades by the U.S. Criminal Justice system? What American society would look like with all that black and brown genius running around free and proud? Can you imagine how America would have been…

Think of how you might secretly fear this possibility yourself, thousands of black men running free in your city, all these potential “criminals” on the loose… You, an open-minded, prejudice-free individual who believes in democracy, who believes in Life, Liberty and the Pursuit of Happiness for all… Yeah, you might just be scared sh*tless.

And now that the War on Drugs is on safe autopilot, we have more recent propaganda: “The War on Terror.” Evidently, war is the modus operandi of American Democracy.

Without the legal ceiling of the legacy of White Supremacy.

Yeah. It’s nearly impossible to imagine. And it’s clear that the white people in power from the 60s onward couldn’t imagine it either. Not after hundreds of years…

The thought must have terrified them.

And now you see it starting to make sense.

I Want to Know You. 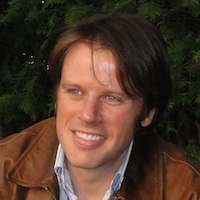