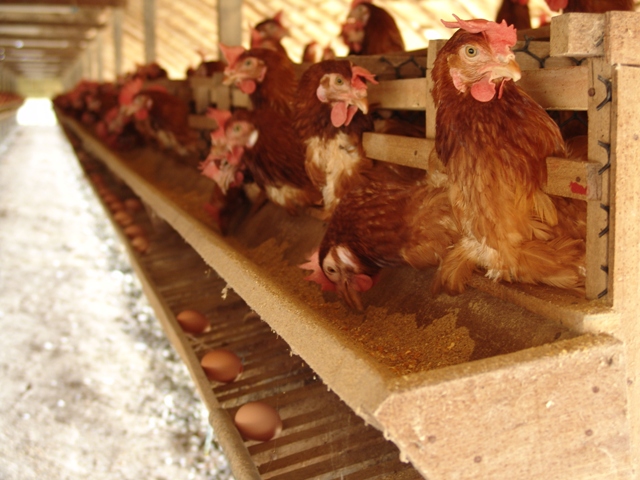 When I was a child, I always took food for granted.

Its absence was a mystery and its presence was nothing but expected; it was always presented to me on a plate, I sat in the same seat at the same times each and every day and I wasn’t fussy.

My mother is the greatest cook that any kitchen has ever been graced with (as I’m sure yours is too) and so I have never had a reason to question the nature of the food put in front of me. I must have asked where it had come from to which I was probably replied: “the shops,” but other than that, I was essentially a food ignoramus when it came to the origins of my nutriment.

Little did I know that my parents only ever bought organic and free-range animal products, a fact I was neither interested in nor really appreciated. As I’ve aged I’ve become generally more aware and I no longer take anything major for granted; physics is now my area of study and skepticism is the default position of a scientist.

As such it has become a necessary part of my nature to be an importunate skeptic about nearly everything. (I promise I’m fun at parties…)

The thoughts most recently occupying my mind regard vegetarianism and veganism.

There are a few arguments that you will commonly hear for why eating meat is justified; you might be proponents of them yourself. Probably the most common argument you will hear is that if you are killing an animal for food then that’s okay because it is for a reason.

This doesn’t make any sense to me.

Just because something is done for a reason doesn’t mean it is a moral act. Bad acts can be done for reasons too; bad reasons.

Another reason that I can’t take this argument seriously is that many people will practise it under some circumstances but not others. For example, many people will be vociferously against the killing of animals for sport, or against the use of fur, but they won’t bat an eye to animal slaughter for meat. Morally, it should not matter why a sentient being is caused suffering. If a sentient being is caused to suffer to the same degree for two different reasons, then the only argument I could see to prefer one reason over the other is if one led to the reduction in the suffering of another being with such a capacity. In the case of eating meat against hunting for sport there is no such argument.

While meat provides protein and other important nutrients, we live in an age when vegetarianism is a viable and accessible way of living. Vegetarian alternatives to meat are generally cheaper, healthier and more environmentally friendly in terms of overall carbon emissions, natural resources, land usage, damage to the ecosystem and energy requirements and efficiency.

Anyone who claims that meat is some sort of necessity should not be taken seriously on the matter, either because they are joking or because they don’t understand the implications of eating meat over the alternatives.

I should add that animals that are farmed for other animal products (milk, eggs, or wool, for example) can still suffer just as much as animals killed for meat while being farmed. No one can deny the psychological torture that mother cows go through when they have their calves taken from them just one day after birth. The female calves are separated, forced to consume an unnatural diet and kept only for their milk, whereas male calves are typically raised for a few weeks until they are slaughtered for veal.

Investigation into the livestock industry has proven that animals are often treated with cruelty and violence and live painful lives full of suffering, and while we are humans and cannot possibly conceive the experience of a cow or a pig, we know that they have a capacity for complex emotions and suffering.

If we are to be in any way morally consistent, we must extend our reprimand for the mistreatment of human beings to other conscious beings with a capacity to suffer.

Now, although today many farms mistreat animals, there are ways to raise animals in a compassionate and non-cruel way. Many farms allow the free roaming of animals and treat their animals with care; they are slaughtered humanely and overall they live a healthy and happy life.

Would it be fair to argue that these animals do not suffer more than the average wild animal? And if so, would it be a moral act to raise the animals like this?

I personally do not see a problem with raising free range animals for slaughter, likewise with the production of milk or eggs. Cows can be milked carefully without machines and although it may not be as economically viable, advancements in technology are making it more financially possible to milk cows using more humane methods than the machines used today.

When it comes to raising animals the key to being morally consistent is to reduce the suffering of the animals as much as possible and to allow it to live a natural and healthy life. This does not however solve the problem of the environmental impacts of raising livestock. Meat can be produced organically, but again this is not very economically viable and so it is inevitable that such meat will need to be sold at a higher price which quite often cannot be afforded by many people.

Another extremely common argument you will hear for consuming meat is that it tastes too good to give up. While this seems like a trivial and insincere argument at face value, I can’t disagree with its premise.

I am a regular consumer of animal products, including meat, and it is partly down, I must admit, to the fact that I enjoy eating meat and drinking milk. Such foods are some of life’s pleasures. It is something that I have more or less completely come to terms with.

By eating free range meat, as opposed to non-free range meat, as often as I possibly can (which is almost all of the time), and by abstaining from the consumption of food produced by most fast food restaurants or big capitalist companies, (although I do confess to occasional consumption) I have been able to compromise my desires and my principles to strike a balance that I am ethically content with.

All in all I think it is important that everyone comes to terms with the discrepancies between their attitudes towards the treatment of animals in different scenarios.

People need to question what they believe in, because it is common for people to take what they are taught by their parents or mentors at face value and keep those beliefs without questioning them their whole lives. I think it is a great shame that so many people are blissfully ignorant of the gross atrocities committed by transnational companies.

People and animals have to suffer for people’s ignorance which is why it is imperative that people are effectively educated and are taught to think for themselves critically.

What Eating Meat Taught me about my Morals. 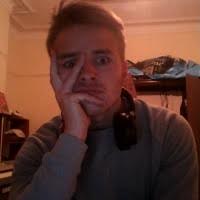