Chopping off that Invisible Yardstick: the One Mindset Change We Need. 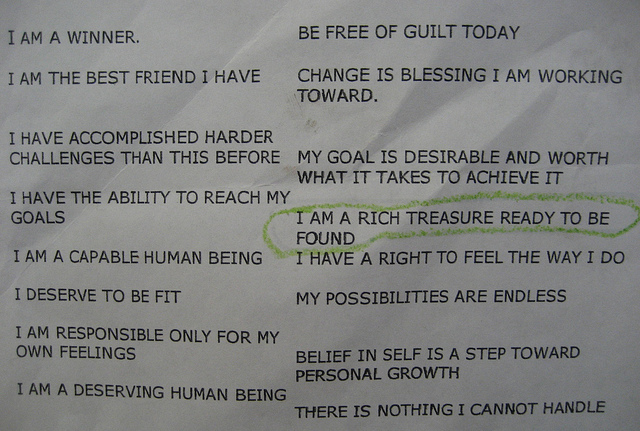 The other day I heard a girl cussing at herself for smoking again.

Her words were caustic. As her friend reminded her about how she’d comforted their mutual friend through a relapse, the girl frowned. She declared, “I’m different. I should have more strength.”

It reminded me of my coaching and psychotherapy work. Sometimes, my clients experience a setback after weeks of steady improvement. They feel disheartened and come in to the session telling me that they’ve “blown it all” and gone “back to square one”. We sit down and pause together. Following reflection, they tell me that they were being very harsh with themselves. We then practise doing an exercise that’s guided by the question, “What would you tell a friend who’d slipped up? Would you be as harsh to them as you’ve been to yourself?”. All my clients have said that they wouldn’t. It’s at that point where they realise that they hold themselves to extremely high standards, and don’t treat themselves as kindly as they would treat a friend. They then start learning to be gentler to themselves.

But I must admit, sometimes I hold my breath and await the response, “But I’m different. I should have more strength”. That’s because I used to hold myself to that different standard. Brought up in a culture where scoring 99/100 wasn’t enough, I’d always assumed that I needed to be stronger, better and faster. It was a limiting belief that I was so blinded to, I’d automatically create excuses for why I needed to treat myself harsher than I’d treat a friend.

The practise of being kind to myself began as my life changed and I moved across two continents and three cities in a year. It took a long time for it to sink in that there’s no yardstick or metric to compare myself to. Previously, impossible standards were my yardstick. I learned that I’m human and I started giving myself permission to slip up. I started making it a point to stop pursuing perfect outcomes in every part of my life––most things could be done to a “Good Enough” standard instead. This way, I could also have more energy and resources to focus on the things that really mattered.

I also started noticing how the invisible yardstick we measure ourselves against applies to other areas in life.

Besides giving ourselves impossible standards, our invisible yardsticks also exist in the form of how we think our difficulties aren’t big enough to talk about. We compare our troubles to dying babies and world hunger, and we’re ashamed that we find our difficulties challenging. Yes, those are real problems, and so are what we’re going through. The difficulties we face are equally real for us, and we deserve to be supported through them. We deserve to allow ourselves to talk about them, rather than to censure ourselves. When we attend to our difficulties rather than grasp at them or suppress them, we’re giving ourselves a chance to understand what’s going on and to heal.

The invisible yardstick has a third form, where we dismiss the good things we’ve done as outliers. We’re too used to inflating all the negative things we’ve done, and playing down the good things. We say things like “it’s just a small thing”–– notice the use of the self-deprecating term ‘just’, and the measurement word ‘small’. Yet, good is good is good. In fact, when I work with my clients who dislike themselves but want to cultivate a more realistic self-image, their favourite exercise is to write down a list of three good things they’ve done everyday. This way, they learn to not give a value to what they’ve done as ‘small’ or ‘big’, but rather to acknowledge that they’ve done something good. That’s also an exercise that I started doing after an illuminating coaching conference, and so I can attest to its power. Yet, one of the biggest excuses that stops us from doing this exercise is, “I don’t want to brag”. Wrong. You’re not shouting it out on social media or to everyone you meet thrice a day. You’re doing it for your own eyes only, and you might share it with a few people close to you.

Before long, we start to realise that the good things we do for ourselves and others, are more than we imagined. By learning to notice and appreciate them, we start to see ourselves in a different light. The benefits? A kinder view of ourselves, less self-criticism, better mood, less anxiety, more productivity and greater peace. It’s a winning formula.

So if you find your yardstick shining garishly telling you (1) you ought to have harsh standards towards yourself, (2) your troubles are not worth talking or thinking about or (3) the good thing you’ve done is not worth mentioning, take heart that you’re noticing what’s going on. It’s something you’ve become so used to––a reflex operating on autopilot. It’s nothing to berate yourself about. Instead, breathe deeply and continue practising chopping off that invisible yardstick to which you compare your progress, troubles and achievements. The more you practise this mindset change, the easier it becomes to navigate the ever-changing ocean of Life. 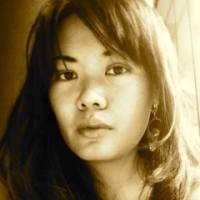