How an Exchange with a Guy from Tinder Helped Me Uncover My Limiting Beliefs about Men and Love. 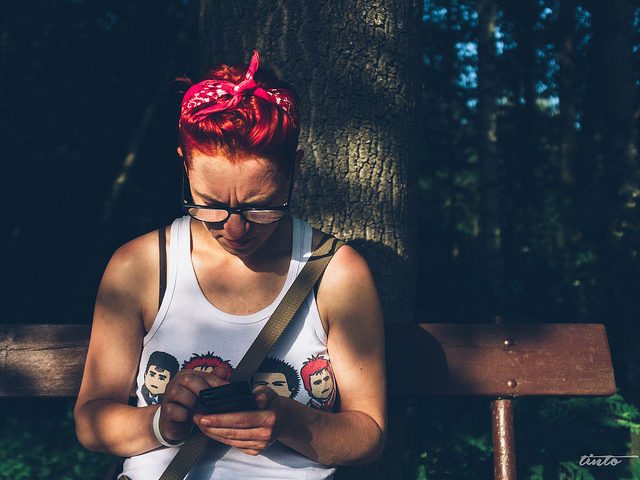 I hit “send” on the text and while waiting on a response, I thought, “Well, it was silly to even ask the question. Do you really think he’ll tell the truth?”

I had been texting with a guy I had recently met on Tinder. We had both swiped right and that started a dialogue. Due to busy work schedules, it had been difficult to schedule a time to meet. So in the interim, we were playing what I affectionately call, “Getting to Know You,” a silly but fun game that involves taking turns asking each other questions.

After a few softballs, I had just fired off this one: “Have you ever cheated on a partner?”

I heard the soft chime from my phone indicating I had a new text message and was floored to read this: “Yes. When things got really bad toward the end of my marriage. I did cheat. It was a terrible mistake.”

My first reaction was surprise at the (presumed) honesty. My second thought was, “Well, of course you did, because all men are liars, cheaters and weak!” Whoa! I caught that thought as it went whizzing by in my busy mind.

As a life coach, I help my clients catch those thoughts and beliefs so we can look at them and work with them. So as soon as I realized that I still held that destructive belief. I had to take a look at it and see why it was still there.
After I divorced from my second husband, I spent the next several years really working on myself and on the beliefs I held that lead me to two failed marriages.

I also took time to find myself, something I had never really done. During that time of soul searching, this perception of men as weak, lying, cheaters is one of the beliefs that surfaced. I had done quite a bit of work on that belief up to this point, and so I was surprised to see that it was still rattling around inside my head and heart.

Once I took an honest look at myself and answered those questions, the belief simply dissolved.

The longer I live and the more people I coach, I have come to believe this: Life is a giant mirror, reflecting back to us everything we believe about ourselves and about life.

In this situation, I had the belief inside of me that I was a liar and a cheater and weak. And so that is what I kept seeing in the guys I’d meet.

I’ve had clients come to me who have deep mistrust of other people. And in nearly every case, when we dig into that belief that people can’t be trusted, we find that the client believes that she can’t be trusted. So, she draws into her experience those people who will betray her trust.

None of this is conscious. It’s just how our minds work. Many of our beliefs are subconscious. But even though they are not apparent to our conscious minds, they have an effect on our lives. This has to do with cognitive dissonance, confirmation bias, and the way our brains look for patterns and evidence. Cognitive dissonance happens when we try to hold two or more opposing thoughts or beliefs. And confirmation bias happens as our minds constantly search for evidence for those things we believe to be true. For example, if we subconsciously believe that people can’t be trusted, our minds will automatically look for evidence of this belief. Even if we have lots of trustworthy people around us, we will primarily see those who are not trustworthy and use those examples to “prove” and strengthen our beliefs.

I have learned that if I want to know what I really believe, all I have to do is look at the difficult people and the challenging circumstances in my life. Once I can spot the beliefs, I can work with them. And even if I can’t totally dissolve these limiting beliefs, just knowing they are there helps me to realize that whatever is happening is there because of my belief. That knowledge in itself gives me some relief.

If there are some difficult thing going on in our lives and we aren’t sure what the belief is that has brought it to us, we can try a few inquiry tools to help us uncover the belief. Sometimes one of these will work to help ferret out the belief and other times we have to try to come at it a few different ways.

First, when something happens that I find painful, I start with this question: What am I making it mean? Often times, that question alone will help me find the hidden limiting belief that is causing me to notice (or subconsciously draw in) the experiences that prove the belief.

If that doesn’t get it, I use the “power of the why”—I keep asking “why” until I uncover the belief. For example, with the situation with Tinder Guy, I might have asked, “Why do I believe that all men are liars, cheaters and weak?” Then I might have answered: “Because I’ve been lied to and cheated on and seen men act on their weaknesses.” Then I might ask, “Why is that a problem?” and then continue asking why until I can spot my painful belief.

Finally, when trying to get at it directly using one of the previous techniques doesn’t work, I try just planting the question in my mind and letting my mind surface it when it’s ready to do so. Using the same example, I might have just asked, “Why do I still believe this?” and then, instead of wrestling with the question, I go on about life—working, washing dishes, walking the dog, etc.. Eventually, the answer usually surfaces, sometimes within a few hours, but other times it can take days or weeks.

Inquiry work is often easiest with another person asking the questions. It helps our minds to focus on finding the answers instead of also trying to find the next right question to ask. But it can be done alone, as well.

Remembering that life is a mirror can be liberating because it empowers us to know that we are not merely victims of life. If I am having difficulty with another person, it usually means that he or she has triggered a belief I’m holding about myself or about life. If I can make myself stay with the discomfort and use inquiry to find the belief, I can usually get relief from the pain of the thought, just as I did with the situation with Tinder Guy.

Unfortunately, Tinder Guy and I did not meet and live happily ever after. However, meeting him and having that conversation did help me find and dissolve a belief that had been limiting me in my relationships. And, after all, one of the gifts of relationships is to help us grow. Thanks for being the mirror, Tinder Guy! 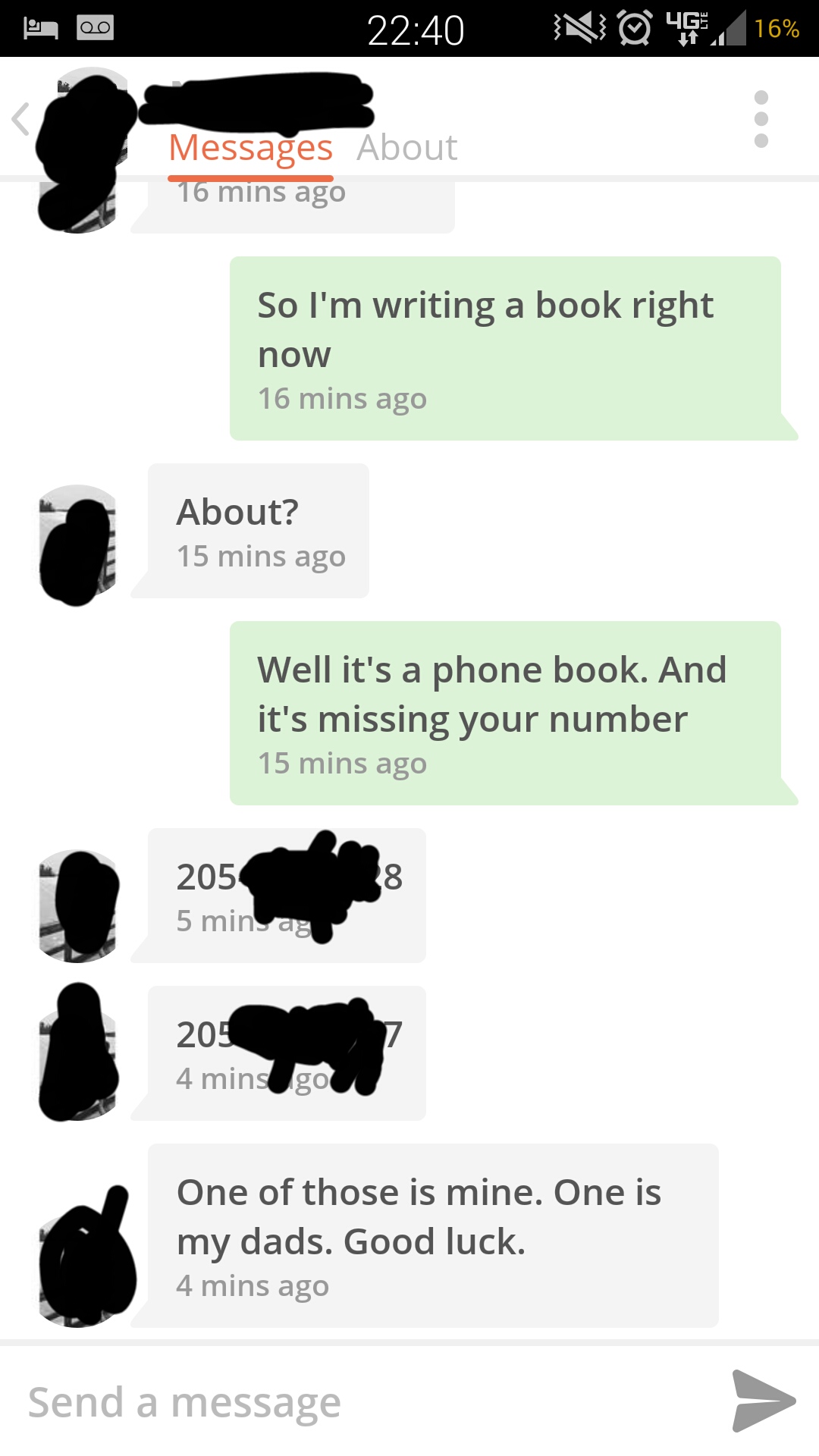 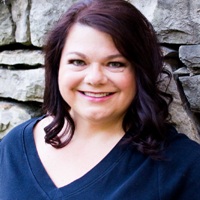