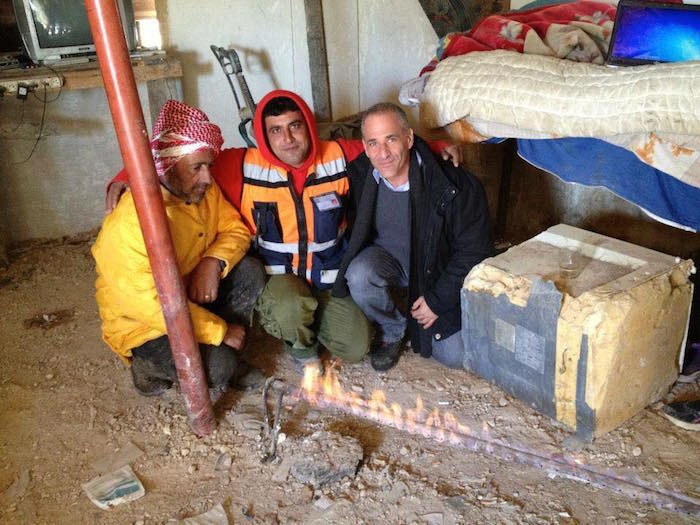 I was raised on U.S. network news and major newspapers.

For much of my life, “objectivity” meant reading both The New York Times and the Washington Post. I did not begin to seriously question U.S. Mainstream Media until the Iraq Invasion of 2003, and I had no reason to doubt the Mainstream narrative on the “Mid-East Conflict” until Operation Cast Lead in December, 2008.

By that time, I was augmenting my mainstream news with alternative sources and began to see discrepancies. First was the incredible disparity in numbers: death tolls of 100:1 and devastation on one side against trips to the air raid shelter on the other. Then it became clear that the Israeli Government was lying. The bombing of the UN school was a turning point, with the UN openly contradicting the Israeli narrative. Finally, the U.S. media was not reporting the facts and simply confirming the Israeli narrative.

I began doing some research and, about a year later, discovered Gideon Levy. Seeing an Israeli eloquently defend Palestinians and criticize Israeli policies and actions made it clear to me that there was not an Israeli and a Palestinian side to this “conflict,” but a right side and a wrong side.

Now I was determined to go see for myself. After a work opportunity appeared and a few months later, I was in Palestine. Like so many visitors, I was simultaneously overwhelmed by the friendliness, hospitality, thoughtfulness and gentleness of the Palestinian people and horrified by the excruciating injustice of their situation.

I was also stunned to see just how much I had been lied to all my life. The gates of Auschwitz were etched in my mind, yet I had never seen the gates, walls, guard towers and barbed wire that now surrounded me. “Bypass roads,” “flying checkpoints,” Kafkaesque permits required for seemingly everything wove a reality of which I had been told nothing. The Settlements looked less like “Little House on the Prairie” than like massive state-sponsored condos.

The infuriating stories every Palestinian had to tell were matched by the stories of foreign aid workers as well as my own observations. The taxi drivers at Ben Gurion (basically the only Israelis I spoke with), oblivious to the reality they drove through daily, spouted ignorance and stereotypes, even as the Palestinian drivers at work educated me on the complexities and nuances of Israeli society.

One of my first realizations was that Israel did not want peace; they wanted the land, and they did not want the local inhabitants. The map of the West Bank in my Palestinian boss’s office read like a death certificate for the two-state solution. The “Peace Process” was all process and no peace. This was a Colonial conquest in full swing, very calculatingly waged to balance attainment of the goal (“Greater Israel”) with dampening of foreign criticism. Furthermore, this was not confined to single administration, but intrinsic to Israeli policy, both Right and Left, going back for decades.

Over the next few years, I continued to visit to Palestine, learn more about the situation, and engage with others interested in the issue. I began to come into contact with Zionist ideologues online, their bone-chilling racism, imperviousness to logic, and sheer unpleasantness. The Palestinians I knew endured their situation with such grace, dignity, calm and even humor, and seeing them so savagely maligned was adding insult to injury. I began to see the Israelis and their supporters as in the grip of a collective psychosis, much as Carl Jung had described Germany under the Nazis.

I knew from the moment the Unity Government was announced on June 3rd, 2014 that something would happen, so the kidnapping nine days later and the precipitous descent into genocidal massacre that followed were completely predictable. At the Russell Tribunal a few months later I began to see Palestine as, not a question of human rights, but of incipient genocide.

Finally, as I learned about the Nakba and the history that preceded it, I became aware that not only Israel’s actions, but its very existence, were both legally and morally illegitimate. Israel was in fact a criminal state from the moment of its inception, built on terrorism, Colonialist aggression, theft, ethnic cleansing and genocide, for which the just solution was complete dissolution of the Israeli State and its replacement with a single Palestinian State in all of historic Palestine, right of return for all Palestinians, and restoration, compensation, reparations and justice for all wrongs done them.

I have walked you through my own journey because I believe these “conversion” stories are essential to the work of liberating Palestine. This is not a situation that can be resolved on the ground: the political, economic and military disparities are too great. It is the weight of world opinion that will tip the balance. The “Israel-Palestine Conflict” is a media war, its main battle ground is the U.S., understanding how people who have been fed a lifetime of propaganda come to change their minds is the key to victory.

My own story suggests that becoming pro-Palestine is a process that can take months or years and proceeds in stages. In this case, the basic scheme looked something like this:

1) Two sides are in “conflict,” objectivity lies in the middle, and two states is the obvious solution.

2) This Israeli Government is engaged in criminal actions covered up with lies and abetted by the Western Media.

3) Israel does not want peace and is engaged in a willful, strategic and programmatic Colonial project.

4) That project is not limited to one administration but endemic to Israeli policy in the long term.

5) Israel is itself a Colonial project with no legal and moral legitimacy.

6) The entire Zionist idea (i.e., an ethno-religious Nation-State for the “Jewish People”) is illegitimate. Israel has no right to exist as a “Jewish State.”

While the exact order of these stages may differ in individual cases, the realization that one has been lied to is the cork on the bottle of truth. Once I realized the Israelis had bombed that school and lied about it, the rest was only a matter of time.

It is also important not to forget that many pro-Palestinians today, at least at one time, accepted the two-state solution and may now be anywhere in this process. How does a broad global movement deal with these inevitable differences? One way is by never forgetting that only the Palestinian people can define the goal of their struggle and that outsiders can only support. Our personal positions will continue to evolve as we learn, and the patterns of their evolution are critical to understanding the trajectories of those we need to convince. But they are irrelevant to the Palestinian people’s determination of its own goals and struggle—after all, it’s not our country.