Samsara: The Difference between Dogs & Lions. 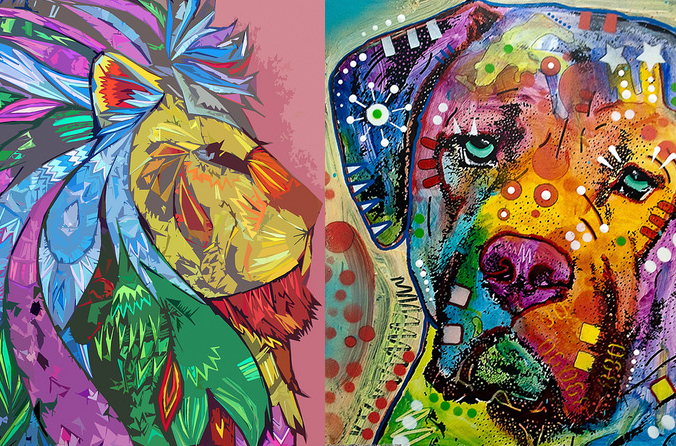 There is a fundamental difference between dogs and lions.

Like faithful dogs, we have been chasing “sticks” forever. Our mind throws out a thought and we go after it. The mind throws a memory, an image, a desire, and we eagerly chase it. Even when our mind recycles terribly painful thoughts and images, we chase them as well, re-experiencing old events with renewed anguish.

Like dogs, we have been faithfully chasing all the stuff that the mind throws to us for a long time. We have not caught on that this game is not going anywhere. There is no ultimate stick that ends the game. The mind continues to throw out an endless array of sticks and we chase them, and for most people this madness is considered normal.

The lion is not fooled by the game of sticks. It looks directly at the thrower of the sticks.

The lion-like meditator does not chase the mind’s productions but instead looks directly at the mechanism of mind, its entire bureaucracy and how it works.

When we go after the stick and identify with it, we are taken for a ride to nowhere. This is the default practice of mindlessness or madness. When a thought, image, memory or desire arises in the mind and we recognize it for what is, we are disidentifying with it, letting it go. This is the practice of mindfulness.

When we look directly at the mind itself and recognize the pointlessness of the game of chasing sticks, this is called insight or vipashyana in Sanskrit. It is a recognition, a knowing again, but from a larger perspective. In spite of such insight, due to the conditioning that we have been subject to our entire lives, initially, all we can do is catch a glimpse of this neurotic pattern. The weight of conditioning pulls us back into our habitual way of being stick chasers.

The chasing of the mind’s productions is what is called samsara in the Buddhist tradition. Samsara is a collective neurosis, marked by restlessness, impulsivity, and dissatisfaction. It is the unbroken wheel of wanting what you can’t get, getting what you don’t want, or eventually getting who or what you thought you wanted, only to find out that you’re still not completely satisfied.

Samsara is based on not trusting our mind as it is, nor the world as it is. The implication is that we all feel a sense of personal deficiency, that we’re not enough. Metaphorically, samsara is a restless animal. It is hungry for stimulation and distraction, and it moves over the landscape of our lives stalking anything that promises to fill its emptiness. It will devour anything that catches its attention in order to expand its empire.

No matter how often it feeds itself, running tirelessly after what it thinks is nourishment, it remains hungry. As many times as it wards off others, who appear threatening, it never feels entirely safe.

If you watch this animal from an aerial point of view, it cuts a zigzag path, alternately devouring what is pleasurable or chasing away what is threatening. It is both hungry and fearful. The animal of samsara is hard to recognize because its bushy tail sweeps away its own tracks. When you try to follow it to observe its behavior and its eating habits, you can’t find its footprints.

That bushy tail is what the Buddhist tradition calls ignorance, the avoidance of the truth of “what is.”

In Western psychological terms, neurosis could be a substitute for samsara. Neurosis also hides from itself by resorting to defense mechanisms, which block awareness of painful truths. As a result, we feel at a distance from ourselves, disconnected and separate from our seamless totality

This feeling of separation causes a great deal of pain which underlies our search to always feel better. We all want to find some sort of grand remedy so that we don’t have to feel so divided between our animal self and our spiritual self, between our body and our mind, between ourselves and others.

Everyone you see is fighting a battle that you know nothing about.

As you walk the streets of your hometown or city, whomever you come across is also fighting a silent battle. Everyone experiences a vague sense of lack, a deficient emptiness or hollowness. We all carry on the necessary business of everyday life and we function in various social roles, but rarely do we recognize this battle. We are carrying an unnameable burden from which we want relief, and this is how we get seduced into chasing innumerable sticks.

Some of us are afraid of being abandoned and so we struggle to become indispensable to our mates, hopefully guaranteeing that they will stay in love with us. Others are afraid of failure, and so they constantly struggle to achieve success as they are compulsively driven towards accomplishment and achievement. Some struggle with the secret belief that they are not intelligent. They may get extra degrees, or take a steady stream of adult education courses in order to feel wise, but the shadow of personal deficiency still plagues them.

Many individuals struggle with the feeling that they don’t have what it takes to survive in a dog-eat-dog world, and that they’re one of the runts who’s not going to thrive in the contest of life. They struggle to align with strong people and then perhaps marry them. Some of us feel that we do not possess intrinsic value, that we’re insignificant, and that we don’t count. We struggle to meet others’ needs and wants as a way of earning personal worthiness.

I have been describing samsara as it appears in the form of personality dynamics which reveal different styles of chasing the mind‘s projections or “sticks.” The good news is that Buddhism invites us to bring our neurotic struggle with us to the path. We bring our obsessive compulsiveness, our arrogance, our hysteria, our feeling of being poverty stricken to the meditation cushion.

If we are going to transform ourselves from dogs to lions, we must look at the mind in its nakedness and sees that it spontaneously projects thoughts, images, and narratives onto the world. The lion is not fooled into thinking that the world actually contains those qualities. The lion discovers that when it doesn’t feed those projections with attention, they dissolve of their own.

At that moment, the lion discovers the truth of “what is”—the mind’s innocence.

With this recognition comes a peacefulness from knowing that there’s no need for struggle, no need to grasp, reject or ignore the truth of what is. In this state, our personality becomes transparent permitting our Buddha nature to shine through. By living with such intimacy, we discover the sacredness of everyday life. 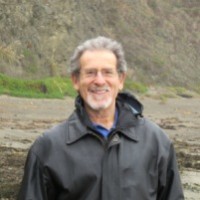