The Process of Finding Bliss in Yoga. 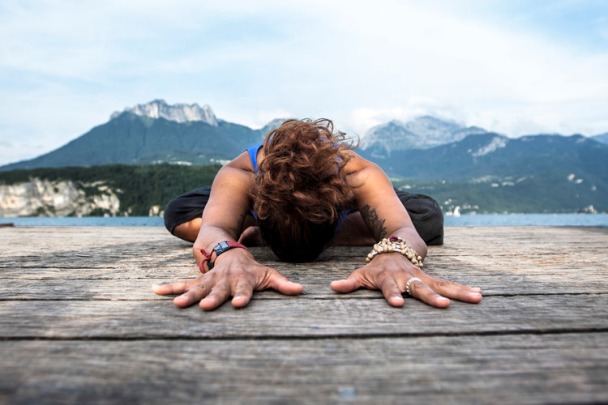 A few months ago I was lethargic, unfulfilled, melancholy, and had no idea who I was or what I wanted. Now I realize that my goals and priorities may shift as I age, but exploring yoga and my role as a yoga teacher will be integral.

This past year and a half has been transformative. I moved to Hawaii last summer with my husband, a Naval officer. I realized before the move that as a military spouse who moves every 18 months or so, working a traditional corporate job probably wasn’t realistic. I had been practicing yoga for years at that point, and thought that when we arrived on the island, I would look into yoga teacher training.

A few weeks before my move, on a lark, I applied for a marketing job in Honolulu. Remarkably, I got the position, and felt obligated to be the working professional I thought I should be.

I was miserable. The work was fine, but I felt constantly drained. I hated not pursuing my passions and feeling like I had to stay. Nobody was making me. But the thought of not maintaining a 40-hour workweek when I was physically capable made me feel insanely guilty. It felt like there was something wrong with me for being constantly unhappy in full-time desk jobs.

Everyone in my family has always worked in an office. While I was told I could do whatever I wanted, for some reason I still felt like I had to work a high-stress job to be successful. But stress isn’t the measure of success.

Eventually I left my marketing job and registered for an intensive yoga teacher training with the Hawaii Yoga Institute. It was three weeks of 10-hour days with no day off in the middle. A few times I lost my mind to uncontrollable, joyful giggles or fell asleep through a 7:00 a.m. asana practice, but every moment of it was worth it.

On the first day of training, each student and instructor introduced herself (it happened to be all women). During one introduction someone said that she frequently reminds herself “I am enough.” I’d never thought that before. I’ve always assumed some level of lacking. I thought of the areas where I can improve in life as a void constituting my utter insufficiency. Being imperfect doesn’t make me deficient in some way though. It just means that I have space to grow. I’m still enough wherever I am. It was the first of many personal revelations during the experience.

The training also gave me knowledge of the physical and subtle body along with its component parts. The once incoherent Sanskrit words I’d vaguely heard in classes took shape into animals, places and ideas that are now rooted in my imagination. Suddenly it started making sense why classes tend to start and end in a similar pattern, and how I might be able to pattern my own classes.

My instructors were remarkable. They had so much talent, strength and flexibility, both physically and mentally. Adria shepherded our spirits, Kilty made us love anatomy, and Courtney wowed us with her physical abilities while always making us laugh.

I shared the experience with some of the most beautiful souls. There was Liz, the laughter captain, Amanda the powerful, Misha the fabulous, Lauren the soulful, Kaylee the beautiful, Jax the forthright mama-to-be and Jaimie the storyteller who brings babies into the world. These are just a small handful of the community we forged, each woman with her own unique talent, and too many to list here. I’ve never felt so instantly welcome and loved.

I learned so much, and not just about yoga. But yoga was at the core of everything we did, and now I’m finding yoga is at the core of everything in my life. Yoga isn’t just a physical practice. In some vague section at the back of my brain, I knew this but had never internalized it. I didn’t know that yoga means union, and in one sense, the goal is to help bring together the disparate areas of a frenetic modern life.

Through a deeper understanding of yoga and starting to believe that I am enough, I’m started to glimpse the person I might really be. I’ve always defined myself externally. How do I earn money? Where do I live? Who is my spouse and how does he earn? These things can all provide clues to my true self, but aren’t everything.

I am more than a job, or home or spouse, although my husband brings me more strength than I’ve ever had on my own. I’m still learning who I can be without labels. It’s a process, and not an easy one. But yoga is honestly helping me feel like I can take the journey.

There’s a word in Sanskrit that roughly translates to bliss: ananda. It’s a dance on the tongue, a smile on the lips, a light in the heart, and a radiance through the soul. Ananda.

Today I felt ananda. I felt it through my nerves as I greeted my students then opened the practice. I felt it even though I made mistakes, because no class is perfect. I felt it as I told stories for postures and again as my students relaxed into savasana. And I felt ananda close into my heart as I sealed my very first class with Namaste.

What Nobody Tells You About Yoga. 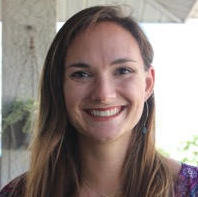