The Secret I Never Told You as You Broke Me Piece by Piece. 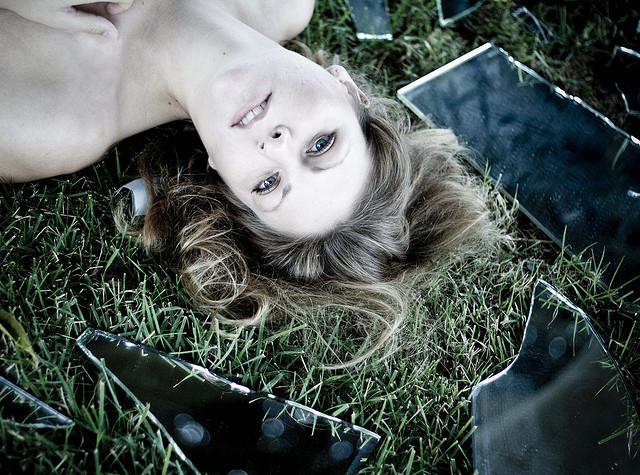 You thought you knew me so well. I thought so, too.

You were smart, one of the smartest people I’d ever met—or at least that’s what you said. You waved your Yale degree around in my face as often as you could. I suppose it’s not your fault that it impressed me.

You said the only thing that could keep us apart were lies, so I told you everything. (Almost everything). You were so concerned that I reveal every single detail of my internal life that you coaxed me along with drugs.

Coke—the ultimate truth serum. But what did I know? I’d never tried anything stronger than a toke of weed or Baileys on the rocks.

As a 45-year-old mother, I can think about you now. You took a naive young girl and dissembled her heart, rebuilding it piece by piece in the shape that served you best, only to methodically destroy it. And for what? Your own pleasure? Because you were bored? Because you were mentally ill? I’ll never know.

The woman I am today would love to get you in a room. Not the present you—you don’t exist, you died—but the you of then, when you were a young, handsome, strong man (boy) who held aloft his narcissism shamelessly like a flag of honor with such conviction that stupid people like me mistook it for worldliness, confidence, and a call to arms, that we might fall in behind you and lift you up and gather your crumbs.

You were so compelling with your x-ray eyes and mad promises.

I would love to get you in a room and see you clearly now and not be afraid. To feel strong and unaffected as you try to reach inside me and tinker away with your tools, unscrewing here, re-wiring there. I want to watch you become desperate as you discover you no longer understand this machine—my heart, my mind—and that all your technical tricks are but blind button-pushing on a thing you hadn’t even known was invented yet.

The secret I never told you, despite the endless parade of little white bags and little white lines, was this:

As wrong as you were, as sick as you were, as much as I fought you (or pretended to fight), I needed you to pull me all apart until I was just a wisp of unowned fluff, a remnant, a scrap, blowing aimlessly about in a meaningless breeze.

If I hadn’t needed it, I wouldn’t have succumbed to it. It was my decision. Never yours.

I needed it because only that level of pain could scrape away all the bad in me. Things were so upside down and twisted up inside me that every single belief I had had to be challenged and dismissed so that I could start again.

You emptied me. You burned me down. You left me as a storm leaves a poorly built shack—shattered. And then I got to start anew.

I left that shack where it lay and built a new house right on top of it. Everything was all fresh and shiny, and the foundation was strong, because there were so many layers underneath. I live there now, having added many gorgeous details, none of which you’ll ever get to see.

But don’t worry, you are still with me. Buried underneath the floorboards, not hidden but cast aside. A thing relegated to the basement, a thing I probably won’t ever decide to throw away, because it’s ugliness reminds me of what beauty is.