Why I Left Evangelicalism—but Not the Church. 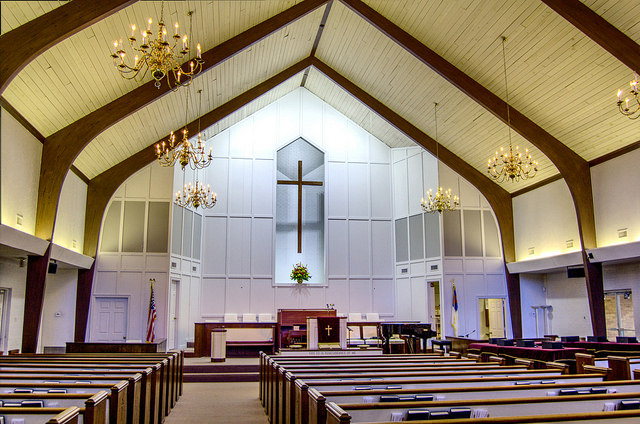 This is not—in the end—a story of losing my religion or leaving the church.

Those have been done before, and I’ll concede that they’re true for the people who tell them.

I’m sure for some, the act of leaving is like the first inhale after a breath-holding contest. But I tried it, and what it felt like for me was death.

I left the faith tradition of my childhood—but I came back to church. Perhaps you will see traces of your own story in mine, and will also find a way to move forward.

Some backstory: I “accepted Jesus into my heart” at the age of six—kneeling at my bedside, with my parents hovering nearby helping me recite the “Sinner’s Prayer.”

I was baptized, in the name of the Father, the Son and the Holy Spirit, at age 10 or 11. I remember squirming as my long-winded pastor went on and on about the significance of my decision—his hand already pressed firmly over my mouth and nose, in preparation for my dunking into the baptismal pool. (I really got the symbolism of being “raised from death into new life” in the act of baptism, after nearly suffocating under his unyielding fingers.)

As a teenager, I was the poster child for our youth group, an active member of the “Worship Team,” a devotee of personal devotions—my identity was completely intertwined with my Evangelical church community. I was high on the power of being a good Christian, when all my peers were off having sex and wearing jeans without back pockets. (I was told in youth group that it was immodest to wear the jeans with no back pockets, because it brought attention to a woman’s butt.)

One of my school friends even wrote something about my “unwavering faith” in the back of my yearbook, which I now realize was a quiet critique of my incessant moral policing—no cuss words, don’t take the Lord’s name in vain, you kissed on the first date?

Things were going well until college, when I found myself wondering if all this hard work I’d been doing for Jesus was achieving the desired effect. See, a friend of mine from high school let me in on the secret that another dear friend of ours had been raped when we were 15. She’d never told me, because she thought I’d judge her for having sex.

I’d never felt so guilty before—so utterly terrible at being a friend.

I cannot overstate the impact that had on me. And as I struck out on my own to find a church home, I increasingly found myself barred from the inner circle of each community, for reasons as silly as not wanting another soprano in the worship band, and as serious as believing that my being female meant I didn’t have a right to interpret Scripture with men in the room.

You have to understand that the Evangelical tradition is obsessed with one-upmanship in the name of Jesus. If you can’t find a place of prominence, if you don’t have the influence you’re used to, if you’re no longer recognized as the poster child of piety—things begin to unravel.

For the first time, I was trying to practice religion without the sheltering presence of my parents—and I was lost. By the time I was a senior in college, I’d been called in to the college pastor’s office for a lecture on my failure to be a positive witness. At a recent, informal church gathering at my apartment, I’d managed to silence the room by yelling, “I hate this church!”

This occurred after a particularly brutal conversation about the subordinate role of women in the church. His words were the last bit of silencing I could tolerate—and I left.

Here’s the thing people don’t talk about enough when they leave—you lose everything.

When I left the church, I lost most of my friends too. I lost valuable social time and access to spiritual support. Who would I tailgate with? Who would I play board games with? Who would reassure me that God was working in the world?

I sank deep into the void. God did not speak. There were no signs or miracles. I remember spending evenings after work lying in bed with the lights off, a silent desperation taking hold in my chest.

And then I read the book Still, by Lauren Winner, and I found solace in thinking that maybe God was there—maybe God was just hiding. Nothing that was like the spirit of God actually stirred in me, but I started to unclench my fists. I started to ease into the stillness.

After about a year, my husband found out he’d gotten into grad school in Virginia, so we moved. When you move, you get desperate to make friends, so we decided to give church another go. I didn’t feel ready, but I joined a prayer group for young women at a local Episcopal church and to my surprise, I felt welcome.

We met in the basement level of the church’s student apartment building—sitting on hand-me-down cushions from the upstairs couch, sipping strong tea and sharing our lives. There were no demands and no expectations. For 30 minutes each week, we were simply asked to sit in silence, and give God room to speak. By the end of the first semester, I could feel light being rekindled in my chest, slowly clearing out the dead brush and making room for hope again.

I found that what I needed was not to run away, but to keep moving. The stillness was part of the path.

The church had misled me and pushed me away, and in my stubbornness, I asked, “If the church doesn’t want me—why the hell would I want it?”

But the truth is—I needed the support of a community to bring me back to a God I still wanted to be friends with.

I needed space to talk about my doubts freely, with people who could spur me on to faith again. This community loves me, because they don’t see doubt as disability, or sin. They see my humanity, and they don’t look away—and they’re teaching me to do the same.

In this church—for the first time in a long time—I feel like I can breathe again.

Maybe you’ve sat in the stillness, too? And maybe it seemed like a good idea to burn the bridge and try practicing spirituality on your own? I think there’s space for that—but I also think we’re missing out on something valuable—even life giving—when we try to pursue our individual conceptions of truth, without the benefit of other perspectives and experiences.

If we can learn from the pain and exclusion we’ve experienced at the hands of our religious communities, maybe we can turn things around.

Think of it this way—if we choose to “opt out,” who will remain to “right” the wrongs?

Instead of leaving it all behind, maybe it’s time to join hands—with all the other misfits—and mend our broken communities with persistent, radical love.

It Wasn’t Until I Stopped Going to Church That I Found My Religion. 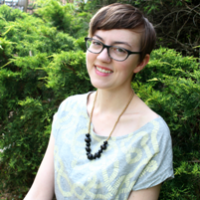