Why We Fall for Narcissists—the Devil’s Little Helper. 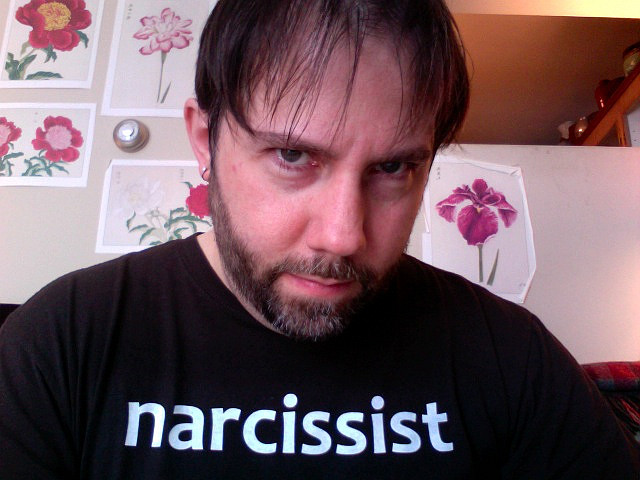 The definition of Narcissistic Personality Disorder is uniquely unflattering:

Narcissistic personality disorder is a mental disorder in which people have an inflated sense of their own importance, a deep need for admiration and a lack of empathy for others. But behind this mask of ultraconfidence lies a fragile self-esteem that’s vulnerable to the slightest criticism. ~ Mayo Staff Clinic

If it’s true that narcissists are so…well, narcissistic…then why do we non-narcissists so often fall for them?

This is a question which anyone who has been involved with a narcissist must ask themselves, as the wreckage the relationship leaves in its wake will need to be cleaned up and examined for a long time postmortem.

How do I know? You guessed it—I was married to my very own narcissist for five years, a man who enjoyed humiliating me, who thought his needs were all encompassing and whose heart was cold and impermeable.

Let me first clarify that I am discussing Narcissistic Personality Disorder, not just run-of-the-mill narcissism. We all have moments and ways in which we behave narcissistically—that’s part of being human. But when those traits become dominant and all encompassing, it’s a whole different ball game.

When we first meet a narcissist, or more exactly, someone with NPD, they are rarely what they seem to be. NPDs are highly skilled in concealing their true wants and needs, because—although they feel justified in wanting and needing them—they also know from experience that they won’t be well received.

To publicly counterbalance their socially inappropriate desires, and also to ultimately fulfill them, they work hard to create what I’ll call the NPD mask. This mask always looks essentially the same: cobbled together with charisma, confidence, accomplishments (real or false) and, most oddly, the impression that they understand us better than anyone else ever has.

(This last bit is the piece that trips the many people like me up: How can they be narcissistic/lack empathy if they can so easily perceive my emotions? The answer is, they can perceive them but they can’t or won’t relate to them. Instead, they use their understanding solely for the purpose of serving themselves.)

To the average, unsuspecting person, an NPD initially comes off as the most exciting, interesting, intelligent and compelling person they have ever met—impressions that quickly crumble one by one, but which are hard to entirely release. In this way, the NPD casts his net, and though holes begin to tear it apart soon enough, it often remains in tact enough to contain its prey.

The sooner we determine the difference between a legitimately magnetic and charismatic soul and an NPD, the sooner we will be able to determine whether we have stumbled upon greatness or are merely flirting with the devil’s little helper.

Following is a reliable list of traits for NPD.

In order for a person to be diagnosed with narcissistic personality disorder (NPD) they must meet five or more of the following  symptoms (from Psych Central):

If we find ourselves in a relationship which started out amazing—romance and whirlwinds and all night conversations and sexual marathons—but which then seems to have devolved into an isolated and painful affair in which we are constantly afraid of being attacked or doing something to set our partner off, we are probably dealing with an NPD.

Knowing this, we can also be sure—it’s not us, it’s them. And knowing that, we can give ourselves permission to pack our bags and get the hell out.

The thing about NPDs is they never change. Well, that’s not entirely true, they change, but it’s always for the worse. You can be sure that if you are involved romantically with this sort of person, things will go from great to bad to worse to even worse than you could ever possibly imagine.

I write these articles because I wish I had read something like them when I was with my ex. What I experienced was horrific—but also totally avoidable.

A few people have responded to my work by saying I am an NPD (I don’t really get that one, but okay), or that I was codependent (true), or that I’m just feeling sorry for myself or whatever other things that make me responsible for what happened—and I am responsible. I didn’t have enough guts to leave. But maybe I would have if I’d had some insight into my ex’s end game.

NPDs are, without exception, dangerous people. They are intent on destroying those that are close to them piece by piece so that they can feel better about themselves. The only thing that really shuts them down is walking away, and it’s better done sooner than later, before they take even that option away from us.

Bonus: For those of you looking for an Independent Love suited to a New Generation.

Sleeping with the Enemy.