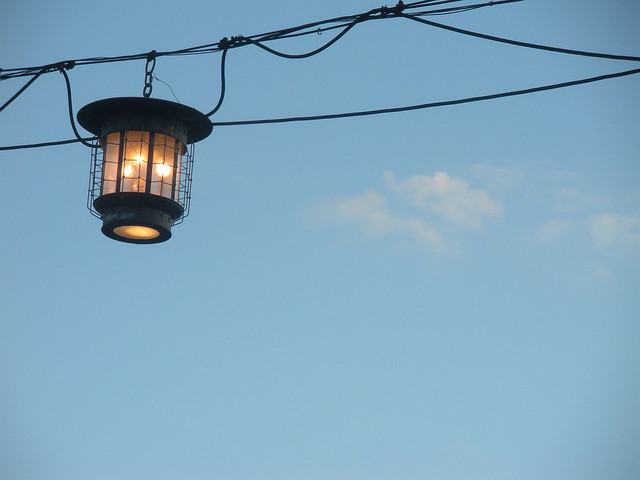 Anyone who worships at the altar of Mary Oliver’s poetry will not be surprised that she’s still bringing it at the age of 80.

Her newest book of poems, titled Felicity, was released in October.

Felicity is a stunning work filled with genius gems and lines I’m glad I no longer have to live without such as:

“Everything that was broken has forgotten its brokenness.”

The entire volume seems to be a thank-you note to life, a perfect Thanksgiving-time companion to take to bed or to keep one company during an afternoon spent sipping hot cider by a fire.

How does Oliver remain so skilled?

She’s written more than two dozen books of prose and poetry and won both the Pulitzer Prize for Poetry and the National Book Award.

In Felicity, her voice remains familiar.

Her observations are forever keen. But her style has changed—it’s leaner.

The poems themselves are precise.

No word or phrase is laborious. There’s no fat to cut, no extra seasoning anywhere.

Even the sub-titles which introduce each of the three sections in Felicity are direct.

Oliver is a private person. She is a poet known for giving few interviews and she no longer reads her work in public. Yet, she let Krista Tippettt, host of On Being, interview her recently. Oliver opened up about her writing as well as her life, including her difficult early life which she rarely writes about.

She said she “doesn’t go there” though it’s “apparent in some poems” (especially in Dream Work). But with Tippett, she  shared how the experience of a brutal childhood fueled her hunger for beauty in the world outside of her home and how it led her to nature, walking and poetry.

Did beauty become the counterbalance to the ugliness she saw early on?

Before gratitude became trendy, Oliver was fortifying herself with beauty as a form of personal salvation.

I don’t want to lose a single thread
from the intricate brocade of this happiness.

She shares her appreciation of every shred of happiness in compelling detail as though magnifying it for us all.

She knows others are searching as well and serves us her words.

She is a lantern lighter leading us through forests and forests. No matter how long or arduous the journey, the times we lose our shoes or nerves or loved ones, she is there pointing out a star, a flower, a bird or a dog.

About writing poetry she said, “It’s a giving. It’s always—it’s a gift. It’s a gift to yourself but it’s a gift to anybody who has a hunger for it.”

She has felt that hunger and helped satiate it in others.

In Felicity, the voice is confident, calm and a little indifferent all at the same time. She holds human nature as no more interesting or special as actual nature. It’s as if she is saying—this, all of this, it’s just life. Even the messy parts.

Nothing seems to rattle her. She’s urgent but not frantic.

She shares intensely and intimately, but provides few details of her actual autobiographical life.

It keeps her feeling universal and as though she’s written directly to each and every person who holds and hugs her books and aches to feel her words on every page.

Oliver satisfies her own hunger for poetry through her daily devotion to Sufi poet Rumi. It’s his words which introduce each section of Felicity. It’s Rumi’s work which has influenced the brevity of her poems.

We feel both her appreciation for the cricket and compassion for those with less peace. She doesn’t have to say she has not been as Zen as the cricket. We know. She doesn’t yell at us and say we are stupid to wonder. She simply offers another possibility for consideration.

She’s not always gentle or loving.  While all her words are sacred, some are also searing as well.

In the last stanza of the poem Moments when she wrote:

There is nothing more pathetic than caution
When headlong might save a life,
Even, possibly, your own.

But even her pointed lines are instructive, not moralistic. She invites readers to engage with and be more deeply present in daily life.

We know she’s not lecturing us but letting us in on a conversation she has with herself or the world that she has allowed us to overhear and learn from.

In this volume, she seems most peaceful.

It’s not that she no longer questions or searches either. But she seems to have equal measure of acceptance and even appreciation for her own ways of being human. She says as much in an except from the poem A Voice from I Don’t Know Where.

It seems you love this world very much.
“Yes,” I said. “This beautiful world.”

And you don’t mind the mind, that keeps you
busy all the time with it’s dark and bright wonderings?
“No, I’m quite used to it. Busy, busy,
all the time.”

And you don’t mind living with those questions,
I mean the hard ones, that no one can answer?
“Actually, they’re the most interesting.”

She doesn’t romanticize her skill or power even after all that she has accomplished.

“Poems arrive ready to begin,” she writes, “poets are only the transportation.”

What a glorious ride Oliver continues to provide.