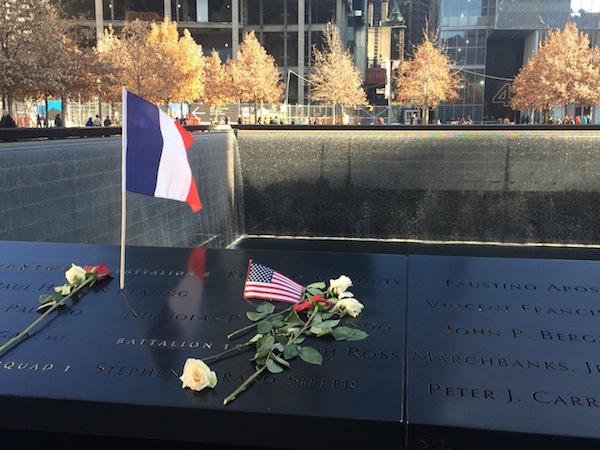 The depraved mass murders in several countries last week have been a dagger in the heart to anyone who cares about humanity.

It made me think back to the two friends in Texas who had spent the day of 9/11 doing what they loved most: spending time out riding their horses. They didn’t know what had happened in New York until the sun was setting as they returned to the barn. They were probably among the last to hear about the awful events of that day. I, like nearly everyone else, sat in front of the television, growing ever more horrified and scared with each report.

Looking back on it, I wish I had been riding with my friends as my being glued to the news didn’t make the tragedy go away or help anyone, least of all myself.

On Friday, I was thoroughly engaged in being around like-minded dog trainers at a conference in Florida. Only after I got into my hotel room that night did I get learn about the slaughtering in France and in Lebanon.

Had I been at home on a normal day, and if my schedule would have allowed it, I would have sat in front of the TV, getting more stressed, heartbroken and/or outraged with every new “breaking news” update. My fear would have been compounded because I would have also been checking Twitter and Facebook constantly. The terror in other countries would evolve into my own personal terror. What if that had been me or someone I loved? What if we are next?

Terror works by making you too scared to move, or act or risk living or loving freely. If you are constantly worried about what if, you are no longer fully living. If you become suspicious of anyone outside of your tribe, you have become terrorized.

On Friday, I was out interacting with the human world, and that is exactly what the now departed souls were doing as they were gunned down—they were living their lives.

Humans can be the cruelest and the greatest threat to other humans. I am not saying that what happened last week was not devastating or that we don’t need to build defenses to protect ourselves from assaults: we do. My heart breaks for those who died simply for being in the scope of another human’s hatred and coldness, even as I ask: what made them so cold?

For every person who was murdered, it reverberates through all who loved and knew that person. Whatever the final number of dead winds up being, it must be multiplied by every person the deceased knew and shared a relationship with because now a part of those left behind has died, too.

There are deranged and coldblooded humans in the world who have no problem using fear and terror against their fellow humans, and it should not come as a surprise when it happens because it has been the same way through the ages. It doesn’t mean we accept it as inevitable.

It does mean that it behooves us individually and as a community to know that some humans are deadly to other humans.

Once we accept this darkness in some, we come more emotionally prepared for it when it does occur. You then are left with a choice of trusting other humans, or not.

It matters how you spend your time after such a needless tragedy. This time I focused my energy on the lives lost instead of the terror others brought to France and the world. I refused to be afraid, but I allowed in sadness and grief on behalf of my fellow human beings who didn’t deserve what happened to them. I mediated on healing and love to their survivors. I resisted the urge to ask what if that had happened to me, because it didn’t. Not giving into fear gave me the ability to stay in the present as I traveled home from the conference. I wasn’t afraid to get on a plane.

Before 9/11, I would have parked myself in front of an airport TV to watch CNN to stay up on the latest news and now I ask myself: Why? Why do I need to do that? What facts will come out that will make it any better or understandable?

There won’t be anything new that makes sense of human nature on a newscast. There will be a lot more fear and warnings and ramped up emotions. While in the airport, I looked people in the eye. I smiled at others. I asked them how their day was going. What this does is it reminds strangers that they are seen by others, and are appreciated just for being alive.

An antidote to fear is to engage with your fellow mankind (notice the second word there: man-kind). Connection to others—not judgment, shaming and hate—but real, human, eyeball-to-eyeball and heart-to-heart connection—is a solution.

Go out into the world and embrace others instead of pushing them away, even as you know a few demented seeds might take it all from you.

None of us getting out of here alive no matter how “good” or religious or furious or scared we may be. Since that is reality and we never know which day will be our last, use your time here to expand your heart and not to shrink it.

What good comes from a small heart?

After every tragedy, our collective heart keeps a small piece open and that piece scans the environment, ever hopeful of being useful once again. It is that small piece that pushed ordinary French people to announce that their doors were open should someone need sanctuary. It’s the small piece that was evident in the man who rolled out a piano into the street and began to play John Lennon’s song, Imagine.

It’s the defiant little piece of heart still left in each of us that will go on no matter the atrocities and absurdity of this life. That little bit of humanity comes out strong after devastation.

Do we need devastation and depravity to call forth humanity?

I can’t help thinking that there would be a lot less devastation if we permitted that small, hopeful part to grow larger than the fearful part. 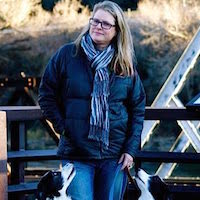