The Beirut Bombing We just Missed & Why it Might Matter More than Paris. 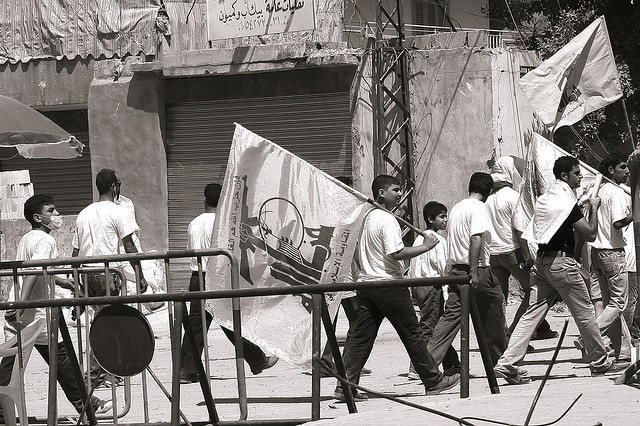 The small Beirut neighborhood, where we had been walking, was rocked by two ISIS suicide bombs just half an hour after we were whisked away by a cab driver who had spent a quarter of a century fighting for Hezbollah.

The neighborhood was Shia and Hezbollah stronghold. The bomb blasts left 43 people dead, many of whom we had probably just passed on the streets. We spent some time contemplating the people who died and how it could have been us: they were poor and simple, with seemingly strong community ties. The vast majority were merely the unlucky victims of wider political forces. But the event itself probably seemed closer to our friends back home, who saw footage of the aftermath on television.

It was the day before the much more widely publicized Paris attacks, but the Lebanese bombing may have been just as consequential. Lebanon has maintained a remarkable degree of stability amid a wave of refugees streaming in from next door in Syria. The refugees now make up an incredible 20 percent of the population. They are spread across hundreds of camps and often integrated into the wider society, but they are hurting the economy and may soon strain Lebanon’s notoriously fragile balance of power. Meanwhile, Lebanese Hezbollah has been fighting in Syria, and the attack we barely missed may have pulled them in more deeply.

Lebanon has long resisted definitions. Its political system is often referred to as a confessional democracy. There Christians, Sunnis, Shias, and Druze are each awarded a proportionate number of seats in Parliament. The system encourages strong religious identification. And while it tends to result in a high level of corruption and political patronage, it also holds the country together by giving everyone a stake. Lebanese politicians manage the tensions inherent in the system by stealing the state’s resources instead of governing. But it is often forgotten that long before the Arab Spring, Lebanon was a beacon of democracy in the Arab world. The benefits of democracy can be sensed in the way most everyone has their own political opinions and no one has anything good to say about the government. Lebanon is a sort of libertarian failed-state, but somehow the center holds.

As Hezbollah has grown in strength, it has become increasingly essential to Lebanon. While it began as a terrorist organization, resisting the Israeli occupation of southern Lebanon in the eighties, it soon came to constitute a disciplined fighting force, known for its principled and highly effective tactics. Over the decades it developed a multitude of social programs to lift Lebanon’s oppressed Shia from poverty. And with the help of Iranian arms transfers through Syria, Hezbollah pushed Israel from almost all of its small slice of occupied Lebanon in the year 2000. Since that time it has become stronger than the Lebanese army itself, with which it often coordinates. Lebanon somehow manages to defy Max Weber’s classic definition of the state as the group possessing a monopoly of force.

Hezbollah’s leader, Hassan Nasrallah, announced his strong support for the Assad regime in 2011, shortly after the pro-democracy protests began, and affirmed that support in 2013. It was a highly controversial move for a leader known to operate on principle, given the political suppression and extreme war crimes of the Assad regime. But Hezbollah was dependent upon the regime for Iranian arms transfers, without which they might suffer a massive decline in power. But even as their leader swore allegiance to the Assad regime, the Hezbollah fighters and supporters with whom we spoke claimed they were simply protecting Lebanon from extremists. This was what the cab driver, who drove us from the site of the bombing said. He may have driven like a terrorist, but he invited us to his home like a friendly villager. He told us that Hezbollah, with whom he fought in Syria, was not fighting the pro-democracy rebels but only ISIS and the most extreme jihadi militias. It struck me as the kind of moral tale good people tell themselves when they are driven by circumstance to commit evil deeds.

The Islamic State in Iraq, which was an early and related precursor to ISIS, sought to sow sectarian divisions in areas of chaos. They pitted Sunni against Shia through suicide attacks like the one we just missed, and in so doing tore apart American occupied Iraq, along with today’s Syria. If Hezbollah were to overreact, ISIS could do the same to Lebanon, but Lebanon has been here before. Taking on Hezbollah on their home turf may be a bit like a gang of punks challenging the Italian mafia in the Bronx. Hezbollah is the only military force to have pushed Israel from occupied territory, after all. Thus far the bombing seems to be pulling the country together, but it might just as easily inspire a wave of home-grown Sunni terrorism that eventually tears it apart. While ISIS is quite foreign to cosmopolitan Lebanon, and enjoys virtually no support there whatsoever, Hezbollah does not fair much better among Lebanese Sunnis. It is possible that ISIS will not gain a foothold in Lebanon but nevertheless succeed in pitting Lebanese Sunni and Shia against each other. If the Syrian refugees settling in Lebanon do not pass on to Europe or back to Syria, they may present still other challenges in eventually straining Lebanon’s fragile demographic balance.

Hezbollah may be keeping ISIS extremists out of Lebanon, but they might just as well be bringing them in. They are in this sense in much the same boat as Western leaders, who may also soon find themselves allied with an Assad regime responsible for perhaps 10 times the deaths as ISIS. They would all do well to heed the wisdom of the Tao Te-Ching, when it suggests that ruling a state is like cooking small fish: the slightest indelicate move might easily tear it apart. If 9-11 taught us anything it should have been that terrorism is dependent on overreactions. The whole world would now do well to take a deep breath.

If you liked this article please friend me on Facebook and join the dialogue.

How Assad Plays the Left & Why It so Often Works.