The Harmful Effects of Taking On the World’s Emotions. 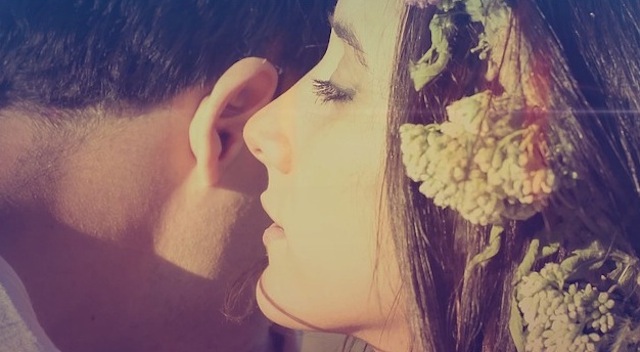 She said my most endearing quality—valuing people’s emotions more than my own—is also my greatest downfall.

I’ve known her for more than half of my life and I don’t take her observations lightly because she doesn’t offer them often.

It’s been a slow process to come to terms with this reality and consider the impact it is having on my life and the life of those whose emotions I value more than my own. Which—sadly—for a majority of my life was most of the people in it.

I teach what I learn, and often it’s hard to see exactly what you have to learn when you put a mirror to your nose. You’re too close to see the whole picture clearly.

I cut her off. “That means, emotionally, I’m out of integrity.”

“Whatever emotional integrity is, but…” she continued on to finish her point.

I am a container. At various stages, I was a sponge for the emotional overflow of the world, but a majority of the time, I have been a container.

I have never been a clear cut, “not my problem, people have to figure their shit out on their own,” kind of girl. I’ve had an I-have-to-save-the-world complex since birth. I’m coming to realize that can only ever mean I have to save my world.

When I save my world, I change the way people look at theirs.

I have asked the question, “What makes you feel like this person’s emotions are your responsibility?” numerous times in my life. The answer always circling around to the self fulfilling, over crediting, “Well, this person needs me to be this for them.” Then, digging deeper to the notion that just because this person wants us to carry their emotional weight, doesn’t mean that we have to.

We are energetically hooking people to dependency by believing that they need us when they—really—just don’t. Usually, these same patterns that we internalize, lead us to resentment of their dependency on us.

This friend has always been one to save her own world and many times, my desire for complexity had found arrogance in her simplicity.

She’s also the same friend that will not answer the phone for every one of my crisis—though she would say she couldn’t. And the same friend that will change the subject instantly without resolve if she knows I am talking myself in circles with my emotional upheaval. She doesn’t make time for my chaos on a regular basis because—in our thirties—she perceives chaos as juvenile.

Every subject change and unanswered phone call—despite why she would say she did it—has felt like an act of love.

I had always viewed it as her giving me the opportunity to learn to walk without my crutches. If I got comfortable walking with crutches, I’d never learn to run freely, balanced, on my own two feet.

Under the conditions of engaging in containing the world’s emotions, I am making little room to honor my own. It is the practice of honoring my own emotional boundaries that will be the teacher for others to practice theirs.

It is out of emotional integrity for me to contain for someone else, what they seek to learn to contain for themselves. They will always be dependent on crutches and more than likely their last crutch is the thing they are trying to get away from, and hoping someone like me, will be the new pair they bought.

We’re not teaching them to run freely in the balance, essence and power of their true nature by holding for them, what we struggle to hold for ourselves. When we buy into the emotional chaos that is running the show and ruminating about it for days or years on end, we let them believe they need a crutch.

I deeply believe for all of the ones like me out there in the world who long to hold the hearts of every wounded soul in the palms of our hands to keep it safe from the darkness it has known, our intention is to show those we want to heal, that they are loved. That they are powerful beyond measure. That they can and will persevere. I also believe we are the ones to show them that.

We can’t show them by being crutches on the obstacle courses they build for themselves.

We show them by practicing the honor of owning our emotional boundaries and sometimes that looks like saying “no,” changing the subject or pushing them out of the nest.

It can hurt our little hearts. We can take the feelings of freedom from the emotional baggage of others as if we’ve rejected them.

They cannot shift what they do not know and they cannot know what is theirs if we are holding it for them. We will never learn to run on our own two feet if we keep replacing crutches to keep half steady what is already falling apart.

It is by honoring everyone’s emotions—including our own—that we teach and learn that not one of us is bound to crutches.

It is the example of saving my world that teaches others that they too can practice the art of saving theirs.

It is a selfless act to release someone from needing you to contain their emotions. In doing so, you teach them everything they need to learn about emotional healing, by way of their most able teacher. Themselves.

The most loving thing we can do is trust the truth of their nature as brilliant and powerful beings of potential bliss.

They can’t run with us as a crutch slowing them down by handling for them what is rightfully theirs. They’ll always be waiting around to take back what they gave us. In this way, our containing is keeping them from their journey toward bliss.

We are allowed to hand back the emotions of others who long for us to be a savior for their pain. In doing so, we trust them so they can trust themselves.

5 Things We’re Doing that are Not Serving Us.

The Difference between Two Kinds of Empaths.