The Imaginary War on Christmas. 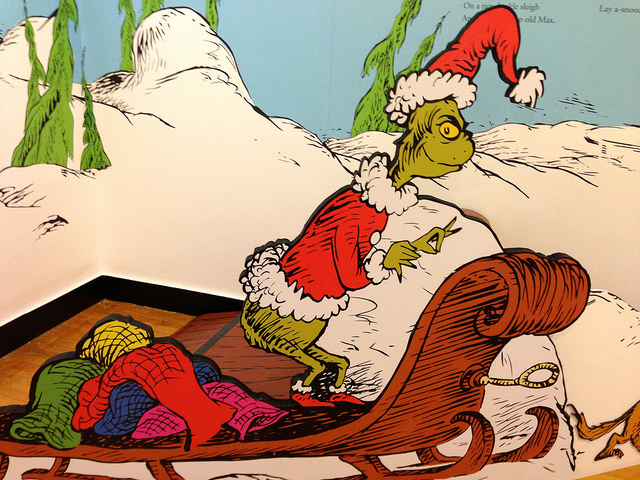 I saw this year’s first signs of it littering my Facebook in tandem with the Starbucks snowflake massacre. The imaginary war on Christmas has become a tradition with origins as muddled as Christmas itself.

When I was growing up in the Christian religion, circa 1970s, the hot topic was Santa versus Jesus. Back then, jolly ole Saint Nick was trying to usurp the Christmas spirit and upstage the nativity scene with a vengeance only a dead man in a red suit could.

It was confusing, because not liking Santa was as un-American as communism.

We sat on Santa’s lap for pictures. He snuck into our carols, landed on our roofs and ate our cookies and milk. We were taught about God, Jesus (who was God’s son, but also God), the Holy Spirit (not to be mistaken with the Christmas spirit, although they both lived in your heart) and Santa Clause. We had to be careful not to like Santa more, even though Jesus never bribed us with full stockings or candy canes.

There was a lot more proof of Santa in pictures and movies. He actually appeared in the flesh each year at the mall, school and the town parade. Despite all that evidence, turns out it was a trick. After the fateful day our siblings, peers or mean neighbor kid shattered our magical Rudolph the reindeer-ed world, December was never the same again.

While secular Christmas songs, decorations, stories and characters (my favorite being Frosty the Snowman) were tolerated, they were not to be celebrated.

From the pulpit I would hear that Jesus was the only reason for the season, and the Christmas tree somehow represented the cross he would later die on. The Christmas color red symbolized the blood He shed (the same blood we would pretend to drink in remembrance of Him).

I learned to never ever write “X-mas.” Although it may seem like a shortcut, it was just another way they were X-ing Christ out of Christmas.

In my child mind I was sure the menacing “they” were pointing nuclear weapons straight at us and baby Jesus!

Just shy of a decade later, I had recovered from the Santa scam when another blow rendered me all but faithless. According to every source I can find, Quirinius’ census (the reason Mary and Joseph were traveling to Bethlehem in the first place) happened in late spring, not the winter. Whaaaat? So Jesus could be the reason for spring, just not this season?

This is the part where I get accused of being a heretic and a major church party pooper. If you’re hating on me right now, please take a moment to refer back to Exodus, the ninth commandment: “Thou shalt not lie.”

Settle down, I’m only truth telling here; it’s not an attack on anything biblical—only mythical. Let’s not get the two confused.

I’m not quite in the mood to give you a thorough history lesson, so here is the net of it: The pagans celebrated the Saturnalia on December 25th (think of Carnival happening in Sodom and Gomorrah, and throw in a healthy dose of anti-Semitism). Over the course of centuries, the church, media and corporations hijacked, painted over and sold us the kid-friendly, minty fresh version we’re claiming a war over today. Please explain to me again how Jesus is the reason for the season.

In recent years, the greeting “Happy Holidays” has become regarded in some circles as an offensive anti-Christian misnomer for “Merry Christmas.” This boggles my mind for a couple of reasons:

1) “Happy Holidays” is a super handy way to bundle up the many holidays taking place from Thanksgiving through New Years. Why argue with good old-fashioned efficiency?

2) If my Jewish friends went around insistently saying “Happy Hanukkah” to absolutely everyone, mandating that menorahs and dreidels be the exclusive holiday bling, well that would be just weird. Or what if “Happy Kwanzaa” became the only acceptable holiday greeting? Last year, a radical explained to me in a very loud voice the holes in my theory. The difference, he stated, is that Christmas is an American holiday, so it should be the overarching theme, and other “lesser holidays” are secondary. Whaaaat? Like America came up with Christmas? And wasn’t your earlier point that Christmas is a Christian holiday and that secularism has ruined it? So now we’re abolishing division of church and state?

3) I have yet to hear any of my Jewish or Muslim friends complain about Christmas, or the words “Merry Christmas” in relation to their own celebratory preferences. My friends who honor other holidays or chose to not celebrate at all during the season aren’t trying to take away my Christmas. The only people I hear complaining and creating conflict are my Christian friends and family. In fact, it seems they are waging their own imaginary war, getting riled up and defensive about Christmas as they read one another’s rants and listen to Fox news commentary as if it were gospel. You’re not being bullied, threatened or attacked when I say “Happy Holidays,” I promise. I’m not saying it instead of Merry Christmas. I’m including Merry Christmas and the other holidays that you may observe religiously or otherwise.

What if we let go of the defensive stance on Christmas? There’s no need to fight about whether or not it’s religious by nature. If you choose to make it that way, great. Please don’t be a dictator about it. If someone else wants to make it about Santa and shopping, so be it. Lay down your Christmas arms, and grab libations of cheer!

I choose to make this a time of merriment, pretty lights, good food and drink, friends, family, X-mas songs and movies. Oh, and lots of love! I invite you to do the same if you like. 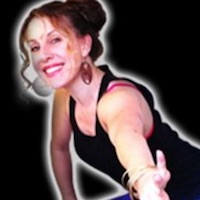