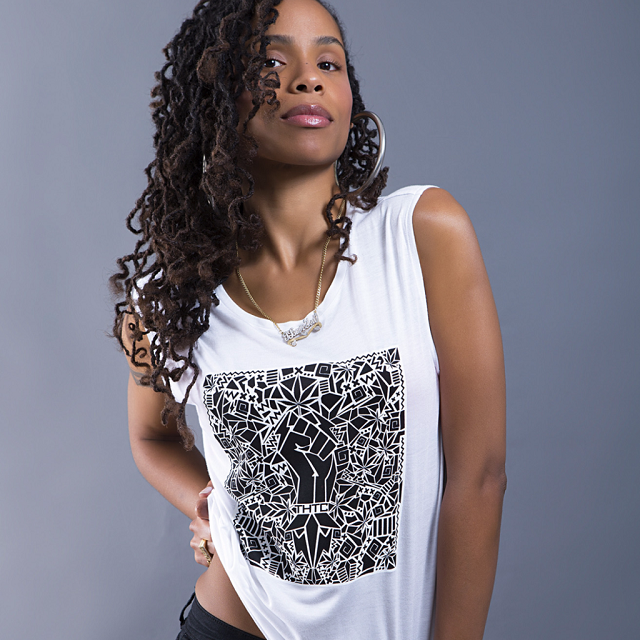 Update: My latest shipment of THTC gear has got me even more addicted—particularly their new modal tees for women.

These are hands-down the softest, lightest, comfiest things ever to have graced my upper half. I’m considering asking Gav Lawson, founder of THTC, to create a winter range of these, because wearing them over my long-sleeved tops just isn’t cutting it.

I’ve yoga-ed and lazed about and travelled and basically all-round summered in these tees.

Modal is a man-made regenerated cellulosic fibre made from sustainably cultivated forest plantations of beech wood trees transformed into pulp and fibre through the unique Edelweiss technology, using oxygen-based chemistry.

Not only does it feel good on the skin, but it feels good to wear your values, too.

My fave design is Uprise (featured above) which is inspired by the icon of the Workers Struggle, the Black Power movement, and Palestinian liberation—the Raised Fist of Empowerment.

When I wore this one around South Africa, where I spent the summer, some folks nodded their agreement, while others greeted me and asked where I got my “Amandla” shirt. Amandla is a Zulu and Xhosa word meaning “power.” The word was a popular rallying cry in the days of resistance against Apartheid. The leader of a group would call out “Amandla!” and the crowd would respond with “Awethu” or “Ngawethu!” completing the South African version of the rallying cry “Power to the People!” The word is still associated with struggles against oppression and usually accompanied by a raised right fist.

I am also still pulling my other favourite out of the drawer: the organic sweater. It works beautifully for those in-between days—warm, but light and bang on trend with the cropped top and sleeves. It makes me feel at least five years younger than I really am and looks as good over a longer top as it does over a bare belly. If you’re brave and young and child-free enough to show it off. (Which I’m not!) 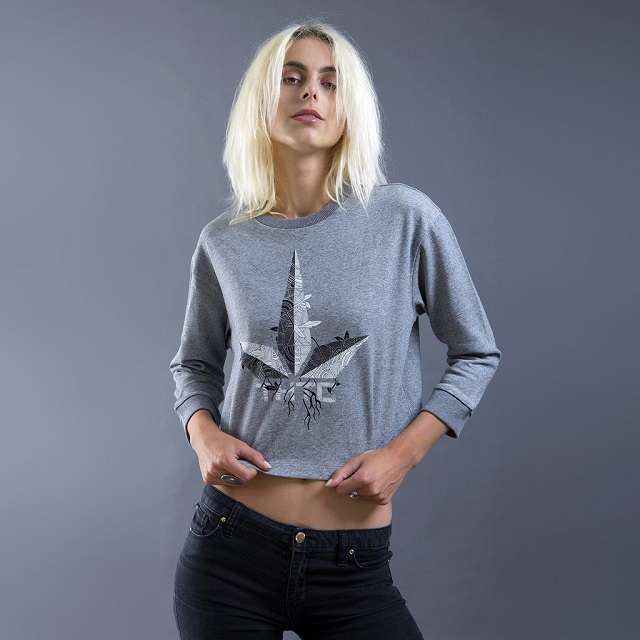 I finally had to give in yesterday.

I had to give up wearing my THTC Hoodie for a day, maybe two.

I’ve been living in it since it arrived a week ago, and I have to admit it probably needs a wash. I just don’t want to take it off.

But comfortable isn’t what THTC are all about, although their clothes are just that.

Founded by brothers Gav and Dru Lawson in 1999, back before eco-fashion was really a thing, THTC {The Hemp Trading Company} impressed me right away with their ethos and credentials.

Not only are they eco and ethical, but they are outspoken in their beliefs. As a result some of their imagery is uncomfortable for anyone who prefers to ignore some of the political and ethical issues affecting our generation, and that’s how they like it.  They’re not afraid to rattle a few corporate cages. 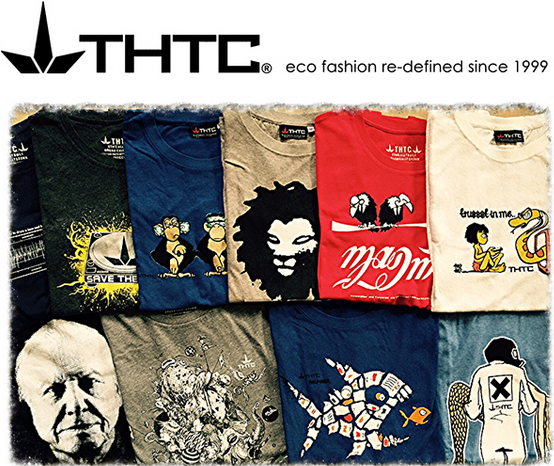 They appeal to the artist in me too. Their designs are high calibre and it wasn’t surprising to find out that they work with a community of graphic artists on their creations.

THTC are the cool kids on the ethical block—more than that, they’re “dope as f**k,” as comedian, rapper and THTC wearer Doc Brown puts it way better than I ever could.

He’s just one of many ethically-minded actors, musicians, poets and activists who sport THTC. I spotted quite a few as I scrolled through their social media feeds—and for once it’s brand endorsement that’s refreshing to see.

Whilst many celebrities across the world endorse products and corporations (which benefit neither people nor planet) for cash, THTC never pay their supporters to wear their clothing. Those who wear THTC are wearing it for the love of their values, and for what the brand stands for. Their support brings high profile:

“The THTC brand represents the most important commodity of all—the people. Intrinsically bound to the streets and the HIp Hop, Jungle and Grime cultures that were born on them, THTC has been around as long as I’ve been in music. The garms are hard, yet the philosophy is thoughtful and inclusive. As a product of alternative street culture I’ll always rock THTC myself, with pride.” ~ Doc Brown (Comedian/Rapper)

And it’s not all noise, THTC have serious credentials.

It’s what we at elephant look for when it comes to small, indie companies we love to support and shout about.

They walk their talk.

THTC is a founding member of the Ethical Fashion Forum and amongst other ethical and environmental awards they’ve won, they were ranked the UK’s “Most Ethical Menswear Brand 2014” by Ethical Consumer.

They have a history of environmental and humanitarian activism, having worked with the musicians, actors, designers, poets and activists who support them to raise awareness and change opinions about some of the most uncomfortable issues—human trafficking, fast food, oil addiction, war, modern slavery, globalisation, climate change, deforestation, religion and politics. I found plenty of examples of this too while scrolling their social media feeds. 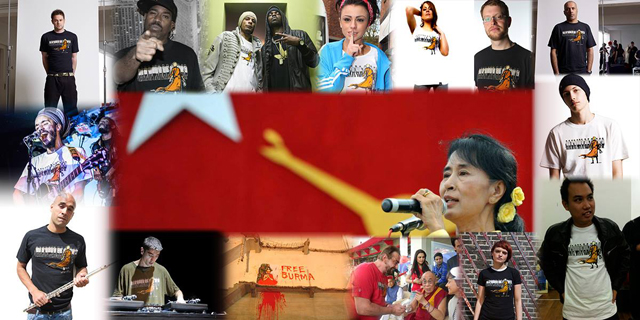 But it all boils down to this, their ethics are stitched into the fabric that their clothes are made of, as well as every little detail that goes on behind the scenes.

Their clothing is made from industrial hemp, carbon-neutral organic cotton, and recycled salvage plastic fibres.

They also have a close relationship with the people who actually make their shirts, and have spent time in the farms and factories where their hemp is grown and processed, ensuring workers are “exceptionally well-treated and happy.” The inks they use to print their clothing with are water-based wherever possible and carry the soil association mark. Even their promotional material and clothing tags are sustainably certified/recycled.

All of the above makes THTC pretty rock and roll when it comes to the things we care about and stand for at elephant: the mindful life, green issues, conscious consumerism and enlightened society.

But there’s something else about these guys which is the stand-out for me.

By identifying more with men than women (although their women’s range is awesome and expanding), and more with the street than the hot yoga studio or trendy vegan juice bar, they’re reaching beyond the choir—to people who didn’t know they gave a care about ethical fashion, or ethical anything. 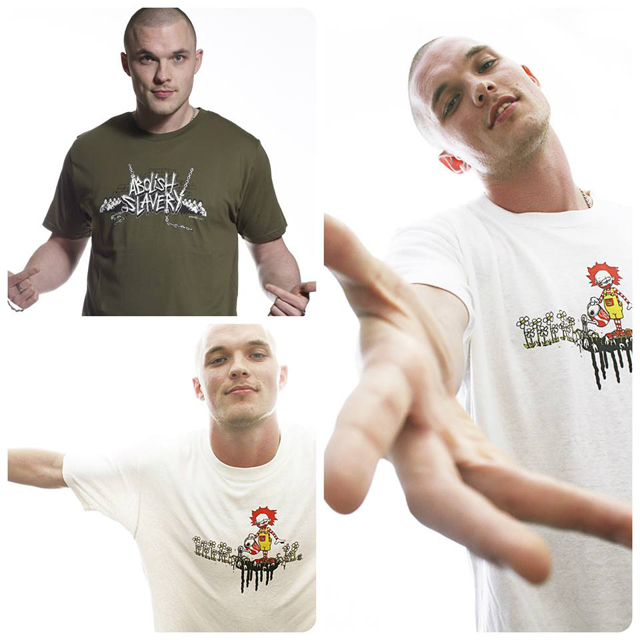 My husband’s friends might all think he’s turned into an activist overnight because he’s been also been living in some of their mens’ tees.

Years ago, when I started practising yoga, switched to eating mainly whole foods, and started caring more about the ethics behind my purchases and consumption, he joked that it wouldn’t be long before I was putting him in hemp clothes or something. Well, I finally succeeded.

And he loves them too, saying they’re light and comfortable, and chatting with me and my son about some of the issues highlighted by their designs—the plastic in our oceans, dictatorship and the effect of oil spills. This is a big deal for a guy who loves his engines and I’m sure persistently disagrees with me on my politics just to rile me up.

Thumbs up from beyond the choir then.

Although, on a side note, they do fit quite comfortably in the yoga studio. Their “King David” ladies vest—a tribute to the British broadcaster and naturalist, Sir David Attenborough—has also become my new favourite to teach yoga in and has been a bit of a conversation starter there too.

THTC just shot to the top of my Christmas list. I feel better buying from them and way more bad*ss wearing them than anything else I can get on the high street.

And if that hasn’t gotten you in the mood to deck yourself out in THTC’s hottest gear, then check out their most recent photoshoot, starring some of the world’s biggest drum and bass artists and I’m pretty sure you will be after: