What Makes a Man Truly Attractive? 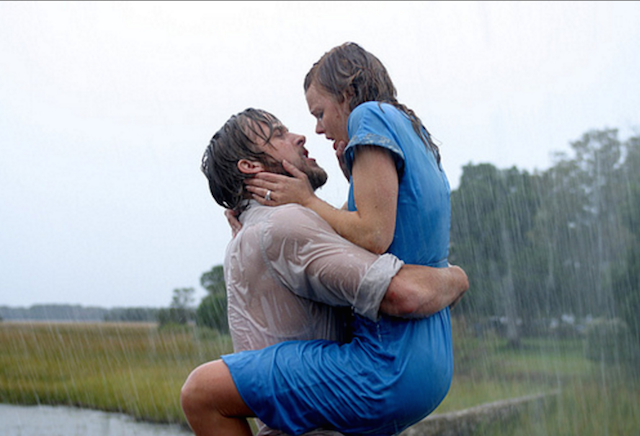 It pains me to see men nowadays working on the wrong aspects of his character to attract a woman.

While there is a small number of women who actually care about looks and money, the majority simply don’t.

Women utterly believe that a man’s physical appearance is temporary. The six packs a man is currently working on will become a good mushy pillow at the age of 75. Living in a world of cause and effect, karma and failure, there is a huge probability that he will either become broke or poor.

Don’t get me wrong. We will sleep on our man’s mushy pillow (and cuddle it too) and we’ll definitely stand by his side if he is out of money. Personally, I wouldn’t mind a cottage in the forest or sleeping on the streets with my man (all experience is good experience).

If it’s neither the muscles nor the cash, then what is it?

Listening is a virtue. If men knew the importance of listening to a woman, they would not turn a deaf ear ever again—or hold a cellphone when the woman is talking.

I am a woman and I know how much we love it when a man listens to us. We are spoiled because our girlfriends frequently listen to each other.

But when we see a man who is actually listening and responding, it is damn attractive.

I advise men to ditch the fancy cars and instead prepare their ears (listening is free).

I thoroughly believe that everyone should respect others—man or a woman. However, I think a higher level of respect should be aimed toward women specifically; from men. We were all given birth by a woman and raised by one. I think men should respect the strength and the capabilities of our gender—the same way we respect theirs.

In my estimation, if a man has respect for himself, he will undoubtedly know how to respect me.

Thus, I recommend that men work on respecting themselves, as it will instantly impact his woman.

If a man can’t provide generosity, it is nearly impossible to win a woman’s attention. Thus, instead of working on those triceps at the gym, consider working on being generous (he’ll look hotter, I swear).

Don’t underestimate the power of kindness. If a man isn’t kind to me (and to the world), the chances of me liking him are zero. Women are absolutely attracted by a man who is kind. In a woman’s eyes, if a man is kind, no wrong can happen. Even if things do go wrong, the man who exhibits the quality of kindness, will always be willing to help fix the damage.

In my estimation, relationships nowadays lack kindness. However, if one partner displays kindness, it will be contagious to the other.

A little mystery is a good thing. I am not sure about all women, but for me—and other women I know—a little mystery in a man, is an utterly attractive quality. By mysterious I don’t mean disappearing or refusing to say his name.

The art of being mysterious is not revealing everything all at once.

Women are intrigued by this mystery, making us want to see him again.

A common catch phrase is “men love b*tches.” This basically means that a b*tch is a woman who holds herself together, has a strong attitude and doesn’t jump all over the guy on the first couple of dates. Men find this attractive. Well, the same holds true for women. No matter how much I like a guy, if he is overly assertive or insanely tries to get inside my pants, I will lose interest.

Some women get freaked out by sexually forward behavior. If he is too pushy the first time he see us, women will think he’s lying and clearly not a keeper.

A sense of humor.

I can live forever with a man who makes me laugh. Buckle up boys and drive toward the first sign that says “sense of humor.” Forget the bank accounts. Focus on making a woman laugh. Women will instantly find a man attractive if he is capable of cracking her up.

If he cracks silly jokes though, we will know he’s faking it.

Give me a man with attention to detail and I will kneel down in awe. Women love it when men remember what we said or recall what we wore. It doesn’t necessarily have to be associated with words or clothes. My point is, women like men who are attentive. Attention to detail will thoroughly attract women to men.

It is women’s nature to be concerned with details.

Hence, to catch a woman in his web, a man should cultivate a fantastic memory.

There are hundreds of other attributes that can make a man look attractive. Personally, show me a man who knows how to cook, or better, who loves reading (or doing both at the same time).

I believe that both men and women should stop buying into physical appearance and focus on things that can really make a difference. Money is merely paper and our bodies will turn to ash sooner or later.

What matters are a man’s virtues.

Morals count. Work on them!

How to be Attractive.