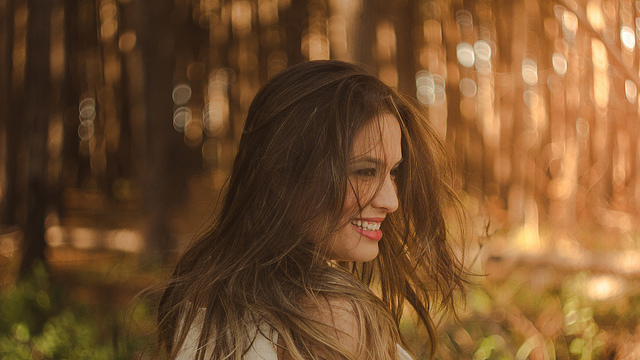 It’s a word I often hear given as spiritual advice.

When I first encountered it in that context, I couldn’t quite connect with it. First of all, I had to get through the pop-up visuals of cowboys waving dirty white vests in dry canyons. Followed by horses and gunshots and Apache Indians being dragged by one leg through the dirt.

And secondly, because surrender felt so passive. So…last resort. Or was that just my version? My surrender was often me in an exhausted heap having tried everything to change what didn’t want to be changed. It was me giving a middle finger to life.

Call me wrong but true surrender, without resentment or anger, is no easy thing. So I admit to a twinge of irritation when I hear it said in a way that suggests it’s as simple as hanging out laundry. True surrender means to harbour no grumbles or buts or spiky resistance to life as it’s rolling along. It means no fight. It’s letting go supersized. And it’s usually something we say to ourselves and each other, when we’re in a pretty crappy place. I was terrible at it.

Marie was my very good friend. We went dancing and had deep and meaningfuls that were rich and always funny. She was a woman who sliced through her challenges with light and wit. She was French and sassy with a tumble of golden hair. She had cancer, breast cancer, that grew a secondary in her spine. I could barely stand when she told me, she’d been given six months to live. She was angry and confused and scared. She had a daughter who was pregnant. That baby was to be her first grandchild, and Marie had just got married. What s**t timing.

Over the following months I saw her move into acceptance. She didn’t want to die, but it was coming and she knew it. She continued to consult healers and homeopaths and doctors, but her hope grew ever thinner. My heart split open with sorrow. I was with Marie during her last months and witnessed what happened when she chose to surrender and stop fighting death. As she did this, her peace became palpable. Her flesh was weary and yellow, but her light was bright, at times even blinding.

Perched on her bed I felt ridiculous. I saw in glaring neon how I edged out of present time with my worries and grumbles and dissatisfactions. I saw the subtle ways I resisted connecting with life by pushing against it. I saw how I stole my own happiness by believing life would be enough when… When money had more flow, when my partner got his act together with work, if I anchored a clearer sense of my own direction, if I moved to where I wanted to live. Blah.

And I know it’s just what happens. It’s the job of my ego to convince me that contentment lies anywhere but where I am. And a good job it does too. So rather than scream at myself, compassion was required. And gratitude, for this face-slap-wake-up-call. All my worries and beliefs about myself and my life went into the recycling bin, and came out looking different. Every day I left my friend’s bedside with my heart ragged with grief and love and gratitude, and asked myself these questions:

Where am I fighting with life?
What am I not allowing?
Is my life enough right now?
Am I enough now?

For the first time ever I was enough. I didn’t need to become anything else. My life was enough. Nothing needed to change to let me feel happy or at ease or fulfilled. Everything I needed was right there, in my allowance of life as it was, warts and all. I watched my friend sink ever deeper into surrender. I basked in her peace and presence. My dying friend helped me feel more alive. The juxtaposition was excruciating. But thanks to her, I’d become a present-time dweller. And I was never going back to living any other way. Or so I thought.

Marie died. As the potent brew of grief, love and surrender faded, my grumbles and dissatisfactions returned. Well, hello. My mind threw up bait to hook me into believing life would be better when… The awakening slid away, but left a kind of haunting imprint. But I’d learned something else about surrender from my friend. Marie wanted things too. She wanted to be a grandmother and a wife and to live a longer life. Surrender is not about not wanting. I saw her hold all her wants and desires like treasures and not deny any of it. And yet she bowed with every bone and breath to the way life was unfolding, to death.

I picked up my four questions. Daily I repeated them softly like mantras and asked my heart to answer. I always found they dropped me into a much more gentle open space. Surrender is like letting go of my head. Will all the thoughts that think they know what the hell should be happening please leave the building. You’re superfluous to requirements. See ya!

Surrender is definitely a choice. In surrendering my script of right and wrong and okay and not okay, there’s a chance to freefall into life. And I’ve noticed trust comes barrelling in. Trust in having no answers. Trust in a bigger picture playing out. Trust that my life’s on track however weird or unlikely that may look. Trust in not understanding. Trust without second-guessing. Trust that all the right dots have joined up and the universe is delivering its version of perfection.

I will always, always be grateful to Marie. I told her many times she was a sh*t-kicking powerful teacher. She just laughed.

Surrender or Complacency: How to tell the Difference. 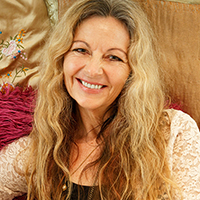