Adrenaline Not Required: 7 Ways to Know if We’re In the Flow. 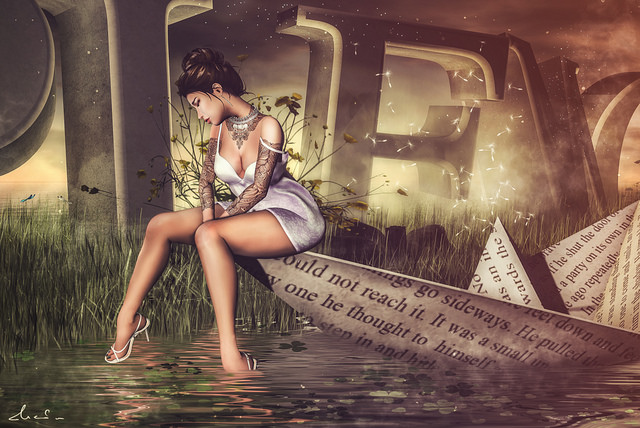 Over the past few months, I’ve been in the flow more times than I can count. Turns out, being in the flow isn’t just for elite, extreme athletes.

Four months ago I began managing one of elephant journal’s Facebook pages as an apprentice and writing every week—whether I felt like it or not.

I’m finishing up the apprenticeship to make room for the new crew and am realizing how much I’m going to miss it. Not just due to the kindhearted people and bevy of new skills I’ve picked up, but because of the level of flow I have come to count on.

According to Steven Kotler in The Rise of Superman, flow is an optimal state of consciousness, a peak where we both feel and perform our best.

Extreme athletes are great for studying flow because the life-and-death consequences of their activities help them get into it quickly—it’s the body’s way of helping to keep itself alive.

Flow, however, avails itself to the rest of us through less exciting means. It’s often through hobbies and personal interests that we find ourselves in this state: a challenging chess game with a slightly better opponent, tackling a sonata that’s been just out of reach or perfecting that new Tae Kwon Do sequence.

That said, it still seems hard to believe that tending daily to a Facebook page and honing my writing skills could put me into flow. I didn’t even have an active Facebook account when I started the program—I had decided a year beforehand that it was a time waster and retired it. I was wrong.

The apprenticeship breathed new life into me.

I had to quickly get into a new rhythm and it was learn-as-you-go. Facebook now had a purpose: turning more people onto the mindful life. And deadlines—which are a great way to stop the loitering in perfectionism I am prone to. I learned to submit to the editing process and realized it goes exponentially faster and more synergistic when done in a group setting.

Turns out the characteristics of elephant’s apprentice program are precisely the things we all can use to get into flow. Mihaly Csikszentmihalyi Ph.D., the Hungarian psychologist who coined the term flow in Finding Flow: The Psychology of Engagement with Everyday Life, said:

“If you are interested in something, you will focus on it, and if you focus attention on anything, it is likely that you will become interested in it. Many of the things we find interesting are not so by nature, but because we took the trouble of paying attention to them.”

I’m certainly interested in elephant’s mission of helping to make the world a more mindful place. To join that mission, I had to learn how to navigate through the world of social media. I was a little snobby about it at first, but as Csikszentmihalyi said, attention led to interest in the mechanics—the nitty gritty of how and what and when to post.

I find I can now rely on the flow I’ve created for myself through my work with elephant throughout the most stressful of days. During the apprenticeship, I had more to do than ever, but the added commitment actually buoyed me up for my other activities. Many days, I couldn’t believe how much I was accomplishing—both in front of and away from screens.

According to Csikszentmihalyi, there are seven criteria necessary to trigger the flow state. The apprenticeship meets them all:

Running a Facebook page and writing regularly to share with others was new to me, but it helped me become more adept at social media because elephant has its own style and requirements.

There is nothing like having a post take off. The idea that I can put a mindful quote out there and have it reach over a million people in the next week is astonishing. It helped me feel what I already know intellectually—we’re all connected.

It’s not all fun and games or a mutual admiration society. Elephant runs a pretty tight ship and makes clear what needs to be done. As for immediate feedback, we get lots of it. It can sting a bit, sure, but I’m better for it.

Others who have come before me were successful. There’s also a lot of guidance by way of weekly large and small group meetings and at least one editor on duty around the clock.

From minute one, the feeling of all of us being in this together was palpable. Elephant sets up its apprentice program so that an individual’s success contributes to the success of all group members.

This can happen when we immerse ourselves in a project. It rarely happens when we’re dabbling. Through this apprenticeship I’ve learned that deadlines are my best friend. A perfectionist like me just cannot afford the luxury of endless fine-tuning. Mandatory timed writing exercises helped with this, too.

And if it’s a positive thing—bringing more good into the world, like I believe elephant journal does—then all the better.

As my apprenticeship comes to a close, I’ve already made plans to keep the flow going by applying for a year-long certification program in another field of interest. It’s a bit ambitious, unfamiliar and intense—exactly how I would have described elephant’s program when I began.

I’m so grateful to have been a part of this round and would encourage anyone interested to put yourself out there and apply. It can lead to beautiful things.

Flow is there for the taking and once we’re aware of its effects, we get right back out there to search for our next maverick wave. 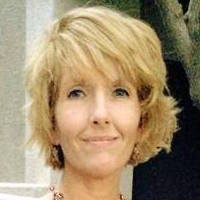