Driven by Distraction: How I Learned to Sit With My Pain. 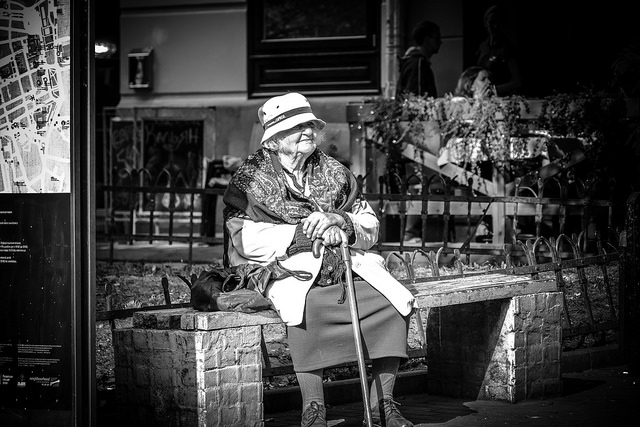 I was sitting at the nursing home one night, visiting with one of the patients I’d been assigned to. She is a lovely woman, who had recently been placed in hospice care.

As a volunteer, my only job is to keep her company. This particular night, she noticed that we had spoken about my children, but I wasn’t wearing a wedding ring.

“Are you divorced?” she asked.

“I am divorced, too. My husband cheated after thirty years of marriage. We got divorced and he got remarried right away. I never understood that. My friends would try to set me up on dates and I would always tell them no, because I didn’t want to get married again.”

She told me the story of their life together, beginning to end. Though she seemed completely at peace and happy, it stirred something deep inside me.

I got in my car at the end of that visit and cried.

I didn’t know exactly what I was feeling. Was it sadness? My patient was dying in a nursing home and telling her life story to me—a virtual stranger. That was sad.

But what I was feeling was deeper than sadness.

I wasn’t angry or bitter. I didn’t regret my divorce. I was contentedly single—it felt like a right and healthy choice.

What was this feeling? It was overwhelming and I ached inside.  But why?

In the past, I would have done anything to escape that difficult emotion. I would have dried my tears and went straight to the liquor store for a bottle of anything that would make me feel better. Or I would have gone to the grocery store and stood in the chip and cookie aisle contemplating if there were enough calories on planet Earth to bury whatever I felt.

This particular night, I made a different choice.

I remembered something I had read recently by Thich Nhat Hanh, one of my favorite Buddhist teachers. He described a meditation in which we visualize wrapping our pain in a blanket and holding it to our chest, the way we would hold a small child.

As we hold our pain closely, we say to it, “It is ok for you to go now, but I will love you until you are ready to leave.”

I let myself cry until I got home. I lit a candle and sat on my little thrift store cushion. I began to breathe deeply. I visualized wrapping this awful pain up in a little blanket and holding it against my heart.

Then, a memory came into my awareness:

It was during the early stages of my divorce. I was a newly single mother and back in the workforce fulltime after having stayed home with my kids for the better part of 10 years. My ex-husband had moved out, leaving me to take care of our giant house and yard as we prepared to sell it. I was outside working furiously to mow the grass while there was still day light.

As the sun began to set, I feared I would not be able to finish. I thought I’d have to leave the front yard half-mowed until I could find the time to complete it. All the neighbors would see it—only adding to my embarrassment. I would probably hear from the Home Owner’s Association, as they loved to send little nastygrams to anyone whose yard wasn’t up to par.

As I beat myself up for all my shortcomings as a single parent, I heard another lawn mower start nearby.  My neighbor approached me.

He leaned close and said, “If you try to do this all alone, you’re not going to have enough daylight. Will you let me help you?”

I resisted, but he insisted. Together we finished the job just before darkness fell. I thanked him, gave him a hug and began sobbing in his arms.

This feeling—the indescribable pain and deep suffering—was the same feeling I felt that night.

Now, I was able to identify it. It was abandonment.

I felt abandoned that night, left alone to take care of a house I never wanted. I was overwhelmed with the responsibilities of my new job and the pressures of parenting solo.

Only, on that night three years ago, I didn’t know that I could heal the deep pain inside me. I’m sure I tried to drown it in alcohol or binge eat it away instead.

I whispered to the little bundle of abandonment nestled in my bosom, “It’s ok for you to go now, but I will love you until you are ready.” I visualized placing it in a little basket and letting it float into a river, peacefully flowing away from me.

That night, I realized that sitting with my pain was the only way to truly heal it. All of the things I had done to distract, numb or medicate myself would never fix what was broken. The feeling and suffering would keep returning to me. Once I took the time to sit with it, experience and witness it, I was able to identify it and let it go.  (Without a hangover, or the guilt of binge eating…)

By releasing my pain, I was able to find the gift in that memory.

Even when I felt abandoned, alone and overwhelmed, I received unexpected help from a kind neighbor. It was a powerful reminder that we are never alone and always have everything we need. There is no reason to feel abandoned anymore, because I never truly was. I am a stronger, more authentic version of myself today for having had those painful experiences.

It’s not difficult to find temporary distractions in many forms—food, alcohol, drugs, sex, shopping, gambling, television or social media. But those things usually only create more suffering in the form of guilt, shame and regret.

When we learn to face our suffering head on, that is when the magic starts. If we can find the courage to sit with our pain in stillness and silence, we can begin to make peace with it. When we honor our wounds as part of who we are, we can begin to see the value and lessons in those experiences.

Only then can we truly release the pain and move forward with gratitude.

10 Powerful Thich Nhât Hańh Quotes to Quiet the Flawed Human in All of Us.