How to Make a Spectacular Fail of your New Year’s Resolutions. 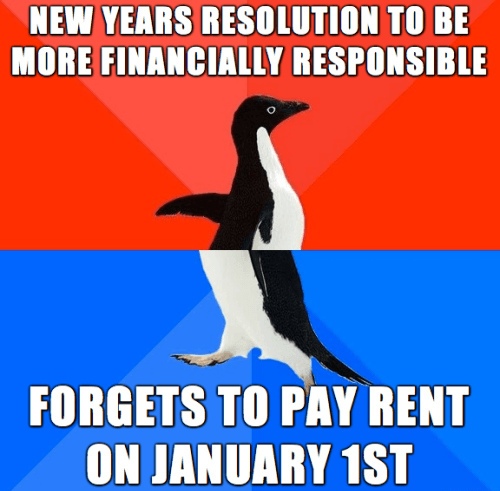 Go on, fail at achieving your New Year’s Resolution—here’s how!

History is littered with failed resolutions. We all make them and we all kind of expect them to fail. Still, it’s trying that counts, right? January 1st is that time of year when we can pose as being virtuous without actually, in the end, having to change a single goddamn thing. Awesome!

So, if you’d like to fail to achieve your goals in style, here’s how to go about it—10 easy steps to failure. Follow them all and you can enjoy telling your friends about how you tried so hard to (delete as applicable) stop smoking / lose weight / go to the gym every other day / cut down on drinking / marry Selina Gomez / learn French and so on.

Planning is boring and only complete squares will consider it. There’s no need to consider how you might fit gym visits into a busy lifestyle. Just expect it to happen. Don’t bother thinking how to cope with those trigger situations where cigarettes, alcohol, chocolate and the like will tug at your will-power. Just expect to cope. Don’t plan, structure or make any effort to think ahead. It’ll all just be fine, won’t it!?

2. Focus only on the end result.

The greatest achievements in human history are built by a series of tiny steps, each and every one contributing to the final goal. Still, we don’t want to think about that. We just want instant and easy success as a route to a noble failure. So, refuse to praise yourself for that day of moderate eating. You’re not a size zero yet. Focus on being a non-smoker for the rest of your life and ignore the fact that you’ve just managed to survive a trigger point without succumbing.

Do not, whatever you do, break your goal into a series of tiny steps and focus upon achieving each of them in turn. Never reward or praise yourself for any single step along the way. You haven’t succeeded in anything until you’ve won 100 percent. Never think otherwise.

3. One resolution is never enough.

No siree! Make loads of them. Make so many that you could never achieve any of them, ever. Let’s not take one step at a time. You should be perfect, right now! Anything less is useless. Never, ever, just focus on that first step.

4. Pick what everybody else thinks would be a good resolution.

Don’t think about what you really want. Let’s not worry about that. Do what other people want instead.

5. Pick the same one as last year.

Yeah, you know, that resolution you messed up last year, the year before and the one before that too. Let’s go for that one again. Let’s set ourselves up for yet another failure. You know you want to. Why bother succeeding when you can just repeat a previous failure?

Don’t think about what you might gain by achieving a resolution. Focus, instead, on what you’re sacrificing, giving up, losing. Goals should never be positive, they’re all about losing out. They’re never about moving toward a positive goal, they’re all about resisting temptation. Just think about how good chocolate tastes, how much TV you’ll miss when in the gym, how much fun you had when drunk. Resolutions ought to be about denial, not gain.

7. Expect perfection from day one.

You should see a smooth line of progress from A to Z. Anything else just means that you’re a failure. Never forgive yourself for a lapse. Never simply pick yourself up and begin again. The first setback is a message to quit.

Never consider asking for help from professionals with experience and expertise in the field. You may well save a few thousand dollars through stopping smoking and such, but we all know that spending a few hundred on therapy, personal training and coaching would be a real waste of money. Save that cash and carry on just as you are. Nobody ever achieved anything, ever, through asking for help from people who might just be able to assist.

10. Run yourself down a little more.

You can’t achieve anything, ever. You never learned to walk, talk, drive, ride a bike or anything. You’re rubbish, useless and a total waste of space. You’ve never achieved anything and if you did then it was all down to luck, fate or somebody else. Refuse, absolutely refuse, to believe that you can succeed in anything and you’ll be one of the greatest resolution failures of all time. Do not, under any circumstances, think back to all those times in the past when you succeeded in achieving something significant, something which was difficult but something which was worthwhile all the same. Just don’t!

Follow these steps and you’ll be just fine. I look forward to seeing you next year. We can have the same conversation then too. 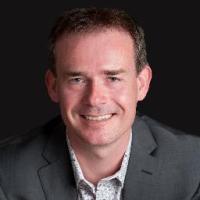