I Stopped Giving My Opinions on Facebook & Here’s what Happened. 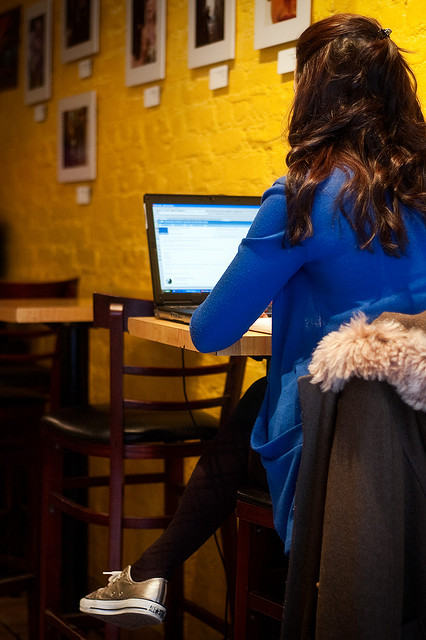 I am a person with a lot of opinions—and I am happy to tell people what they are—anytime I can get them to listen, which is why I like Facebook.

There is room for every size, shape, model, length, intensity, density and far-fetchedness of opinions on Facebook. All I have to do is just sit back and wait for somebody to put up a meme or a post on any subject whatsoever, and by golly, I am off and running to the opinion races.

My husband and I were talking about opinions the other day—well, actually, I was talking about him and all of his opinions, when he quietly and yes, I could even say, lovingly reminded me,

“Well, honey, you know, you have a lot of opinions, yourself.”

Of course I didn’t like hearing that coming from him.

But then he challenged me.

“You love your Facebook, don’t you?” He said. “Why not try to give up offering your opinions on Facebook for a while. That way you can see whether I’m telling the truth or not.”

He knew I had recently heard a pod-cast dharma talk in which the teacher said that if you want to know what you’re attached to—try to stop doing it. Give it up.

“How about I give up offering my opinions on Facebook for 10 days and then tell you what I learned from it.”

And boy, did I learn a lot.

First of all, I learned that offering my opinions was so ingrained in me, that even after I told myself I wouldn’t do it anymore, I still did it and had a hard time noticing when I did. I was constantly having to go back on Facebook and delete many of my so-called “comments” which, I discovered, weren’t really “comments” at all, but merely opinions in disguise.

Somewhere deep down inside of me I had actually believed the great cosmic joke that my opinions mattered. That they were needed—when, the truth was, they didn’t matter and they weren’t needed—at all.

I was the only one who really cared about them.

Then, I asked myself an important question.

Why did I care so much about them?

For one thing, I used my opinions to divide the world into those who agreed with me and those who did not. And in that world where people agreed with me I felt safe and secure. One could say I almost felt “loved”—sort of.

I also noticed that my opinions actually took up physical space inside of me and that with them intact there simply wasn’t room for anything different to reside. A new idea or a new thought had to leap frog over them before it could find a place to latch onto and it usually ended up flying around and knocking up against the walls of my ego, ultimately having to flee the scene for lack of foothold.

I learned that my opinions blocked out kindness, thoughtfulness, understanding and even compassion. They forced me to think of a response to what someone was saying without really listening to them and their point of view in the first place. They kept the doors to my world locked tight, impenetrable to the experiences and views of others and in that way, helped me to maintain a world that was small enough for me to manage.

I actually thought that my opinions were my identity.

No wonder they mattered so much to me!

Also, as soon as the second day of going onto my Facebook page and not offering my opinions, I noticed an entirely unexpected reward—and that was how downright exhausting it was to have all those opinions in the first place.

They actually weighed me down.

Without them I felt like a backpacker who had just removed his pack—like I could almost walk another hundred miles. I felt light and peaceful and as if I had been relieved of a terrific burden and the incredible experience of letting go was worth any two cents I might give to anybody, anywhere, on Facebook or not.

In the end, I realized that by offering my opinions I was engaged in little more than what we used to call a trip—specifically an ego trip.

And, knowing how the ego works, knowing that it is the hungry little monster that my meditation teacher described as needing to be fed more and more and that wants to divide so as to conquer and to be worshipped above all things, I will probably have to give up offering my opinions on Facebook again because I will forget and will start doing it again.

But I hope not.

I hope that with practice, I will have filled the space that my opinions used to keep crammed full with something that will really make a difference in the world instead.

I hope that I will have filled that space with quietude,  with understanding and with love.