“It Stops With Me”: Responding Mindfully to Terror. 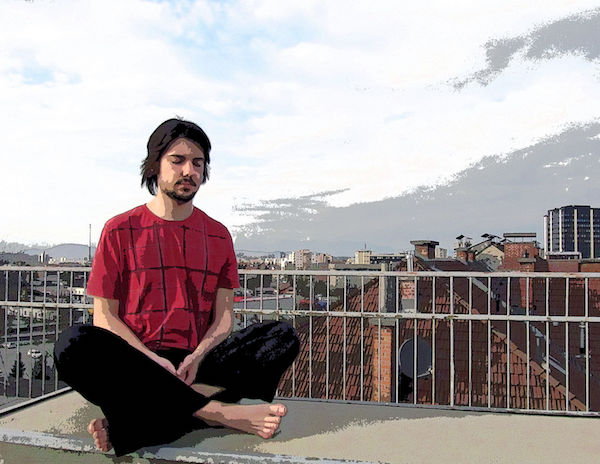 You don’t have to be a Buddhist to recognize that suffering is a part of life.

Some people try to ignore the reality of despair, but eventually, we all have to confront the fragility of this life somehow, whether through the complexity of relationships, grief, or our own mortality.

Contemplating these truths has a way of changing how they feel. We start to realize that pain isn’t such bad news, but rather, an intrinsic part of a system designed to open our hearts.

Still, it can be a lot to bear, and it is important that we not be defeated by it.

Today, news is available to almost everyone almost all the time, and it can feel like there is so much fear and sadness in the world that it outweighs everything else. The reality of terrorism, injustice, and apathy can overtake even the most placid among us.

I’ve felt this way many times. For whatever reason, pathological or not, I’ve always had a near impossible time shutting off the reality of others’ feelings. I’ve left history classes crying multiple times and I can’t watch most movies.

I don’t glorify this, however, because it’s often unhelpful. Having boundaries is healthy, and my meditation practice has helped me learn that it is a part of being responsible to know when we need to shut off. In this way, self-compassion is a prerequisite for practicing empathy for others.

Still, the world is all around. We have no choice but to engage with it. And while we don’t all need to fall apart when we see the news, it is important that we ask ourselves how we can be of benefit.

It goes without saying that we live in a time when cultural events regularly shock and alarm us.

Even though terrorism has been a consistent actuality throughout history, there is something about repeated, large-scale devastation, the kind that seems to come without warning, which sobers us into admitting how vulnerable we are. We want to cling to one another when we’re reminded that none of us is any better able to prevent or prepare for such an occasion.

It’s in these moments that, if we let them, our hearts will break for one another.

I’ve come to believe that heartbreak is the opposite of terror. Rather than constricting us, it opens the channels. When the bottom drops out, we remember that anyone’s pain is as real as our own. When an act of violence occurs, we don’t need to know the victims to suffer for them. No one asks what kind of people they were. We just care.

We don’t have to make a radical change or try to experience the depth of their despair. We can just take in what we’re witnessing and let it soften us—even just a little.

This is not simply a nice thing to do. To put it frankly, if we let suffering harden our hearts rather than soften them, we become a part of the problem.

People aren’t born terrorists. They come to be capable of those actions by walling off their hearts over time. This happens by way of fundamentalist thinking, brainwashing, and fear-mongering. These things don’t happen in isolation, they occur through a complex, long-term social process.

The most direct way to avoid contributing to these social processes is to let our hearts break.

In Buddhist thought, a broken heart is the same as an open heart. It is not a defect or a problem. It is considered a necessary part of the path toward enlightened society.

Buddhist teacher Jack Kornfield paraphrases Indian mystic Meher Baba, saying: “Love and forgiveness is not for the faint-hearted, but someone has to stand up and say, ‘It stops with me. I will not pass on to my children this sorrow. I will accept the betrayal and the suffering, and I will bare it, but I will not retaliate.’”

We can still want to protect ourselves and our families. We don’t need to be naive, but we do need to let ourselves be touched by what has happened. Any effort to respond without doing so will be fruitless and unskillful.

When we let ourselves be impacted by life, we begin to find that we are touched not only by the pain of those around us, but by their joy as well. We stop trying to divide the world into “good guys” and “bad guys.” Instead, we show up to the world as it is, ready to meet each other. There is a tremendous relief in surrendering to what’s in front of us.

Heartbreak is a radical form of activism.

To let ourselves grieve the suffering of others is to believe in the possibility of a world where suffering won’t provoke us to harm each other. And to celebrate joy, wherever we come upon it, is to embrace the incontestable fact that we are all in this together.

Staying Mindful in the Midst of Chaos.