My Adventure in Online Dating. As a believer in energies and how things align in the universe to make things happen when they’re supposed to happen, I find myself able to treasure and appreciate the moments that result from it when I can recognize it.

This is one of those times.

In two different cities, he and I, complete strangers (and lovers of elephant journal) were reading an article about love. Inside the article was a link to Meet Mindful, EJ’s partner dating site for mindful singles.

We both joined and found each other. On the same day, at the same time. And, so it began.

First, the sharing of long emails back and forth to one another. Sharing information about ourselves and beginning to feel like we somehow already knew each other.

Then, came the texting. We would text each other all day and all night and never run out of things to talk about. We learned about each other’s personalities, explored each other’s astrology and became emotionally connected on an intimate level.

We shared phone calls and laughter, tender emotions and love. Meeting right away wasn’t in the cards for me, a first time online dater, but he warned that he would like to meet sooner rather than later so we could see if there was real chemistry between us.

A month passed and the big day came—our first face-to-face meeting. We had been counting it down for the five days prior, using numerology and adorable things to generate excitement about our day together.

So, the story unfolded that there was real, true love between us. We had been given so much time prior to this day to learn and discover one another that it didn’t feel like it was our first time meeting at all. After all, we already knew each other, probably as much as or even more than someone that had been dating for a couple of months already.

We spent 16 full hours on our “day zero” together. Zero was the final day of the countdown and it was here. I noted how a zero is an oval without a beginning or an ending, and I knew I wouldn’t want it to end.

But, it did anyway.

Online dating seems to be the new way to go. Lives are busy and it eliminates the need to go out and be social in the real world playing a guessing game of who you are compatible with. You’re able to find people that you’re attracted to that have similar interests as you before you even invest too much time into the whole thing.

It can be a beautiful thing, if you do it right. But see, this is where he knew something that I didn’t know. He knew that there was a possibility that expectations would develop before we even met that could sabotage our chances.

I think he was right.

It seemed that there could be no way that after all of this time we spent getting to know each other that we wouldn’t magically hit it off and the rest would immediately become history. We were already tangled into each other’s webs and sharing feelings with one another.

It seemed like fate, I mean—look how we found each other. How likely is it that it was a coincidence? I really believe it was meant to be.

As it turns out, in the arms of one another on day zero we did in fact feel love. Further, we shared that sentiment with each other. There was an unspoken comfort and ease between us as our hands and lips were locked through the night.

My drive home away from the day was bittersweet as I replayed some of the moments in my memory and tried to not allow myself to be caught up in the bliss of wondering what the days to follow would hold.

I didn’t expect that pain would be one of the things that these future days held.

To me, not wanting to leave his arms and being caught up in the blissful comforting love that surrounded us was chemistry. The desire to be with him was chemistry. To him, something important was missing.

So, how is it that I could feel a little bit of a heartbreak after one day together in person?

I am not one of attachment generally and I am usually the one on the other side of this equation—trying to figure out how to let the person know that it’s just not in the cards.

This time, I was the one that wasn’t in the cards. Once I worked through the sadness and began to think about it—I realized that I was just in a different deck.

You see, in the month or so that he and I were involved with each other, we both did a lot of learning and growing. There was something about us as a duo that was inspirational.

We inspired each other. We both did things that we had been wanting to do but hadn’t had the chance to do. We both worked on learning, loving and growing. We became significant people in each other’s lives because of the fact that we challenged each other to see different perspectives and keep our minds open.

It was beautiful. It still is.

So, looking beyond the fact that we are not dating (as we were both quite certain we would be), we have established the grounds for an amazing friendship. One where the other is loved for who they truly are.

We know each other on a very intimate level that compares to very close friendships that have been developing for several years. There are tender and delicate strings woven between us and because we chose to fully discuss everything that happened and what did and did not work for us, we are in a strong place.

I believe it takes a lot of mindfulness and awareness to look at a situation like this with hope instead of disappointment. Both of us could have easily experienced negative emotions as a result of so much time being invested in something that didn’t work out the way we thought it would.

See, that’s the thing about love—it’s not conditional.

A beautiful friendship has been born, and the universe knew exactly what it would take for that to happen. Sometimes, the things you need the most are presented to you in the most unrecognizable packages.

I encourage everyone on the dating scene to be open to what kind of relationships could develop as a result of putting yourself out there.

As a Buddhist-minded love warrior, I believe you should never seek out something specific in another person. It’s important to love unconditionally and see what develops naturally and in its own time.

If it’s meant to be, it will be. That’s just how it works.

Sometimes, there are bigger plans for you. Be open to them. Be at peace with them. Embrace them.

Conscious Online Dating: 3 Things Women in Search of Love Must be Aware of. 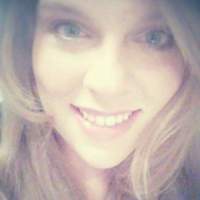