My Top 3 Sex Problems as a Woman. {Adult} 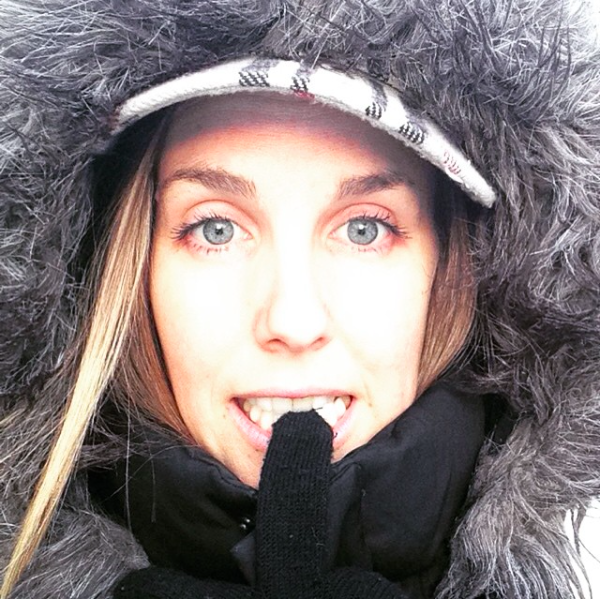 Let me start this out by making a couple wild generalizations about sex.

First, we’re all having it.

Of course, that’s not actually true; some of us haven’t had it yet, others are going through a drought and some choose not to have it at all. But in general, it’s a widespread phenomenon. Which is good, since it’s what leads to the propagation of the species.

Second, while it’s an extremely common experience, we don’t really talk about it.

I humbly submit that this is a major issue. Because it’s easy for things that are kept hidden or secret (whether accidentally or on purpose) to lead to feelings of shame, confusion and hopelessness. Plus, what we don’t talk about, we can’t get support with. And we need support in this area; sex and sexuality are fundamental to who we are as human beings.

So in the spirit of more openness, I present my top three sex problems, as a heterosexual woman:

1) Men being too rough with their hands.

I’m a pretty experienced sex-er. I’ve had a lot of it, with a wide variety of men. But I can count with just a few fingers the number of men who were good with theirs.

Even the word sounds kind of… violent. It presupposes that the “goal” or “point” of the activity is penetrative—for you to jam your finger up my hoo-ha, often in a simulated version of intercourse.

I stick with stimulating the clit, which is way above the vulva (the opening of the vagina).

Second, even if a man does get that The Clit Is It, he often applies so much direct pressure to it that it hurts. I feel bruised and notice that my clitoris gets numb; it loses sensitivity because it’s been so overstimulated. Again, when I play with myself, I do so gently, especially at first. The clitoris has 8,000 nerve endings; no wonder it’s so sensitive!

Before I get admonished for not speaking up about the issue in the moment, I want to say that I do say something a lot of the time. If he starts out so rough that it hurts, I often say, “Gentle gentle gentle!” Or even as it’s starting (before the pain), “Listen, just so you know, the lighter the touch, the more I feel.” But I find that a lot of the time this only works for a few minutes, and then it’s back to the jabbing.

Part of the reason this is such a problem for me is that I find myself distracted. I’m trying to protect my body while also accommodating the person I’m with (not shaming him about what’s not working). So not only am I not turned on, I’m actually anxious. I feel my stomach twist into knots when a man starts putting his hands down there, because my body is so trained to expect pain.

As I write that, I sense just how sad it is. I also find myself curious as to whether other women have a similar experience.

Honestly, I prefer for a man to initiate sex with me. And I don’t think that’s necessarily a problem. We all have preferences, and that’s mine.

What holds me back? In a word, fear.

Fear I’ll be seen as wanting too much.

And one more that’s a little harder to describe, but perhaps the most true: fear of “making him” feel obligated.

I intellectually grasp that any man I’m with would probably love for me to initiate. But when it comes to actually doing it, I hesitate. I don’t want me initiating to have him feel like he has to have sex with me. I want him to be inspired to do the dirty with me, not do it because he should.

Realistically, this says far more about me than about men. It says that my psyche often interprets someone asking something of me as not requesting, but demanding. So I think my own request for sex will be interpreted as a demand—and I don’t want that. Since I don’t trust that my partner will “be able” to give me an honest no, it feels safer to just wait for him to ask me.

Do I feel obligated when it comes to a man initiating with me? If I’m very, very honest, yeah, I kind of do. I don’t always allow that feeling of obligation to “win”; if I really don’t want to have sex in the moment, I speak up. But most of the time, if my partner wants sex, I’m probably going to say yes, and not always because I’m totally in the mood and really want it.

Again, I’m curious as to whether other women have a similar experience.

3) Finding men who are both cocky and heart-y.

I don’t mean cocky as in arrogant. I mean literally cock-y: men who have a strong relationship with their cock (their sexuality). These are men I feel would be able to truly take me. They’d push me up against a wall and mean it. They’d pull my hair without asking for permission. They’re comfortable with what I call “fuck energy”—the desire to just fuck someone.

At the same time, I want to be able to feel a man’s heart, and know that he can feel mine. I’m not talking about needing him to be a therapist or something; I just mean feeling connected on both a sexual and emotional level (even if it’s just for one night).

In other words, I don’t want an insensitive bro who’s solely fucking me so he can check another Tinder swipe off his list, and I equally don’t want a sensitive new age guy who can talk about feelings but has disowned his “fuck energy.”

I find I end up attracting either one or the other, and that’s a problem.

The fact is, most of us learn about sex in bits and pieces as we grow up, either in hushed conversations with siblings or friends, or from pornography. It’s not the easiest thing to communicate about, so it’s easy to just not. But that’s a disservice to both ourselves and others.

I think having the sex we really want (in or out of committed relationships) starts with getting real about what doesn’t work for us—what we struggle with.

What are the top 3 problems you have when it comes to sex? What blocks you from pleasure, keeps you from enjoying your body and/or the body of your partner?

I wonder so much that I created a quick survey on the topic, which I’d love for you to take:

I aim to compile the results and then write another article, based on our collective answers.

As we share and communicate more openly about sex, it would stand to reason that it would improve for all of us.

And how much better would the world be if, on a regular basis, we all got to have stimulating, sensual, spirited, soulful, scintillating, satisfying sex?