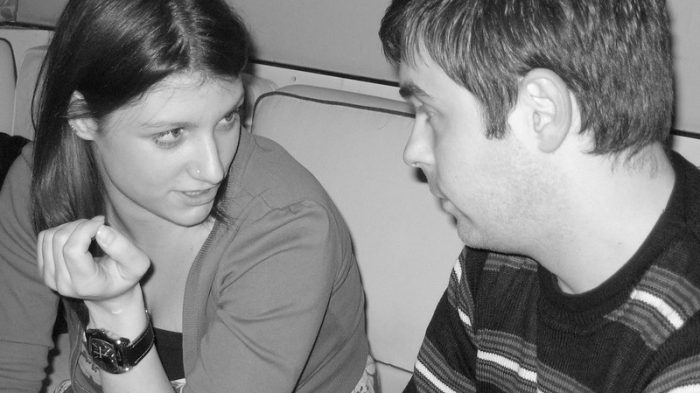 I recently wrote a short article on how—in my case and with other women I have spoken to over the years—men say they will do something for them and then drag it out and not do it. Some people make a good living off of “honey-do” lists that the husband (or equivalent) hasn’t done. It’s an age-old problem.

Men using the term “nagging” when the woman asks about when it will be done. Jokes for years, I’ve heard from men about how to get them to do something they promised to do and haven’t gotten around to it. Laughing at the fact that it takes months, or years to get around to it. It’s comical to them and even brag-worthy. It’s comical to outsiders. It’s funny stuff. It’s not a big deal. To the women it sends a subconscious message of distrust and disrespect, it isn’t always funny it can be stressful. It’s emotionally draining. It can feel awful.

Men jump into defending men. Are all men the same?

Every time I write about this type of situation, it’s always the same response. Men jump on to defend men. Defend all men? It baffles me. Are all men the same? Wait, I thought men were all different. What are they defending?

It seems to be in an effort to somehow turn it on the women as having the responsibility to “hold them accountable” for their lack of action. This isn’t true. Women are not responsible for holding you accountable…that’s an adult’s job to hold themselves accountable. The blunt truth, I know. This is meant to be beneficial and empowering.

As Derrick Jaxn says in his book: “Men are not goats. We are grown competent (well, some of them) adults.” “So long as women accept being man’s scapegoat for his wrongs, the longer women will also assume the role of a shepherd who’s trying to keep his goats from getting away.”

I don’t coach that; I don’t live this way. If I have to coax and or manipulate (negatively) in my romantic relationships, then there is a problem and I might be moving on if we can’t communicate better. I don’t feel good about this power play. You’d be surprised how many women feel that they have to endure it or not have a relationship. It’s a subconscious pattern, a vicious cycle.

I find this insulting to men! I believe in men!

I coach men. I find this insulting to men. Why? Because men are adult enough to hold themselves accountable. Men used to give their word as their honor. A handshake was a man’s solemn oath he would do it for other men. I work to facilitate empowerment in men, not enable the Peter Pan Syndrome.


I believe in men; I know they can very well hold themselves accountable for their lack of communication and lack of action. I have great respect for men that they can behave this way. A man of integrity is a force to be reckoned with and has women swooning over him. It’s pretty hot stuff! I don’t have low standards for men or enabling disempowering behaviors. That isn’t believing in them. That’s insulting men. There are enough insulting beliefs about men as it is. This shouldn’t be one of them.

Men are angry at women for manipulating them.

Men today have anger toward women for trying to manipulate them into marrying them, settling down with them, being exclusive. Rightly so. How have men manipulated women? The empowerment comes from taking ownership of their own manipulation. Projecting the responsibility toward women will not change the systemic issue. It will never empower you.

What happens when men let go of the belief that women should hold them accountable for their nonaction? They quickly take ownership and feel empowered. It’s amazing! They let go of a centuries-old belief that disempowers them. The belief that they thought empowered them, but didn’t. It created a cycle that wasn’t benefitting anyone.

When I write about this subject, I notice a hidden need to balance the scales by saying “women do it too.” This is a classic trigger response to deflect some sting that happens. It lightens the load a bit. Again, this isn’t empowering. It might feel good at that moment. We do this as kids when we get into trouble…well, so and so did it too. How is that helpful? It isn’t. It’s an unconscious response hardwired.

This behavior—it isn’t giving you what you want or need!

In an effort to facilitate men into empowerment and confidence, I’m not belittling them, I’m saying to them, “This behavior isn’t giving you what you want, what you need.” “It’s a guise of power, but it’s really disempowering.” “You didn’t create it; you inherited it.” “You can change it!” You just need to question it.

Give yourself the gift of empowerment by standing by your word, being strong enough to admit you didn’t do something, and confident in either communicating you can’t do it, or don’t want to do it, or completing the task. Covert communication such as this is unhealthy.

A healthy response would be, “I agreed to do it because I could see how you really wanted it and I couldn’t say no, so I just haven’t done it.”

Be upfront instead of hoping she will forget about it. Not noticing that she feels lied to and hurt. A covert power play happens. It creates arguments and resentment. It spirals. It doesn’t cultivate respect or trust in a relationship. If you are a man who desires respect from your partner over anything else, this behavior isn’t going to give you respect.

Your empowerment as a man doesn’t come from covertly manipulating your partner. Making light of it and joking. It comes from living with integrity and adulting. You are yanking your own power away from yourself. This isn’t even about women. It’s about you being who you really desire deep down to be—a man worthy of respect and trust.

You can say all day long that “women do it too” and it will not empower you. You can take the heat off with it, but it will weaken you every time. What empowers you as a man is to stand tall and own it. Just do it or say no! The amount of energy expended from this power play is far more than the energy to just communicate or do it.

When it comes down to it, you really want her happiness. You just at the moment agree without thinking it through. If you know ahead of time what you can say, it’s easier to be honest with her.

Here are some suggestions I’ve found that are helpful:

>> I want you to be happy so I agreed to do this and now I realize it’s too much. How can we work this out?

>> Can we make this a couples project and you help me? That way I feel less burdened by it.

>> What is the time frame of when you would like this project to be done?

>> I don’t see the benefit of doing this project.

>> I’ll do this project for you and in return, I would like…

Step outside of the need for humor, excuses, emotions, or frustrations from the situation and simply respond. Make an agreement that you can and will follow through with being honest. This cultivates trust and respect. She’ll look at you as the man that she can respect and count on. It’s a win-win situation. It’s super hot too!

Why We Keep Choosing Emotionally Depriving Romantic Relationships. Deglorifying Pain & Trauma—10 Ways to Heal & Welcome Change. 4 Ways to Stop Dysfunctional People from Leaving their Sh*t on our Doorsteps in 2021. When we’re Triggered in Relationships: How to Respond instead of Fight or Flee. The 4 Phases of Leaving a Narcissist (& the Answer to “Why don’t you just Leave?”)
See relevant Elephant Video